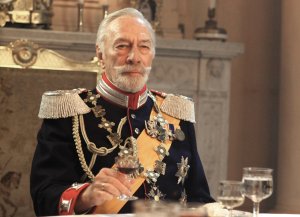 THE EXCEPTION is unexceptional, other than offering a typically solid late-career performance from Christopher Plummer. Some real-life characters are exhumed to bolster a fictional WW2 drama. Like The Eagle Has Landed, the idea probably worked in book form, as it was originally set down by author Alan Judd for his 2003 novel “The Kaiser’s Last Kiss”. But, apart from the material with Plummer, the 2016 movie version doesn’t convince beyond its supply of uniforms, props, and backdrops.

Holland, 1940. After Germany invades, a Wehrmacht captain (Dai Courtney), veteran of the battle for Poland, is assigned to take charge of guarding Germany’s exiled WW1 ruler, the aged Emperor Wilhelm II (Plummer) and his wife (Janet McTeer), on their estate in the Dutch countryside. One of the maids (Lily James) is actually working for British Intelligence. She’s also Jewish. Faster than you can say “Gib mir eine ficken Pause!”, the officer and the maid commence a torrid romp, while the Gestapo pokes around because they think something’s afoot. Amusing, even affecting, scenes with the sputtering, deluded Kaiser (Wilhelm died in 1941 at 82, Plummer was 86 during the shoot) are offset by the absurdity of the tacked-on romance. 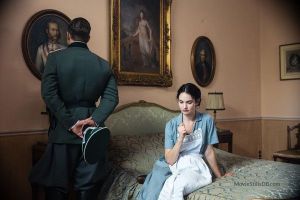 Directed by David Leveaux, the script was written by Simon Burke. The Kaiser’s dialogue has some neat morsels, which the indefatigable Plummer chews with zest, but the rest is pure tosh. Known as a theater director, mainly of musicals, this was Leveaux’s first feature flight in the pilot seat. Filming took place in Belgium and Holland, with some scenes partially shot at the real manor house of the Kaiser at Huis Doorn, where each June monarchist proponents and assorted German royalists from the ‘Tradition und Leben‘ still show up to pay their respects. 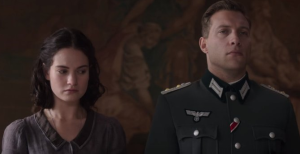 “I’m ashamed to say that before and after my first marriage I, myself, fathered at least two illegitimate children: one with an Austrian countess, another with a French prostitute who was known in court circles as Madame L’Amour. Both of them, incidentally, blackmailed me for huge sums of money, the Countess and the prostitute. I expected better of the prostitute.”

A non-royal gross of $834,572 left it deposed at 212th place in the year’s box-office count. With Eddie Marsan (suitably creepy as Heinrich Himmler), Ben Daniels and Mark Dexter. 107 minutes. 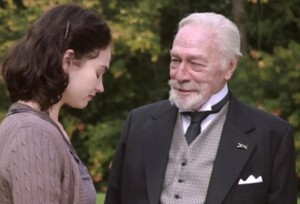 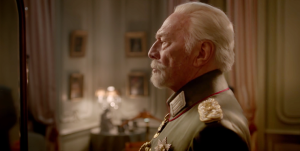