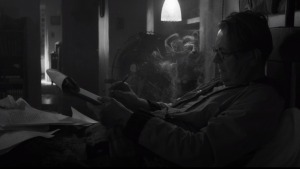 MANK —–“All movies are lies” was the cut-to-the-chase reply a friend volleyed after I sent him an article from “Slate”, detailing the egregious fact-fudging this 2020 movie saw fit to engage in in order to re-imagine 1930s Hollywood, and offer a version of how the script for Citizen Kane was created. Focusing on writer, wit and walking whiskey distillery Herman J. Mankiewicz, meticulous craftsman David Fincher directed a script his father Jack had written three decades earlier.

1940. 24-year-old stage & radio wonder-boy Orson Welles will make his first motion picture. He hires highly regarded—and often highly inebriated—screenwriter Herman J. Mankiewicz, an industry veteran with 14 years of experience in Hollywood’s studio system, to come up with a script. Flashbacks show episodes in ‘Manks’ earlier time in Tinsel Town, and his complicated relationships with the powerful people who ran it.

On the positive side, director Fincher scores, with his actors and the overall production design. Gary Oldman does a sterling job as the self-sabotaging Mankiewicz, and there is fine work from Amanda Seyfried, charming as Marion Davies, Charles Dance, ice-certain as William Randolph Hearst and Tom Burke as Welles (beautiful job on the voice). Choosing to replicate/emulate the look of films of the period, Fincher had cinematographer Erik Messerschmidt (in his first feature film assignment) shoot in glorious black & white. The art direction and costume design are standouts. 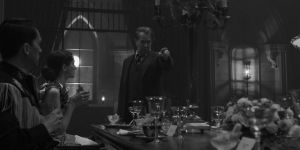 On the down end, the writing (elder, deceased Fincher) plays havoc with accuracy in terms of chronology, in the casual misattribution of famous quotes, in doing shallow and unfair portraits of people like John Houseman and Irving Thalberg, let alone indulging in outright invention, like a suicide that didn’t happen (the opposite, in fact), giving political sympathies to the writer that he didn’t possess, and relegating Welles to the periphery. Those who don’t know the dope—or a part of it—behind the story may think they’re getting a scoop on how it all went down and why, but the Fincher’s stew with the “truth” almost as much as most “based on fact” movies do. As in, plenty. Most reviews were strongly positive, but there was residual blowback from a minority who took issue with the script being less inventive than invention. Well worth a view for the compelling acting and striking visuals, just beware the this-caused-that baloney.

Fincher did as many as 100 takes for scenes, surpassing the even perfectionist likes of William Wyler and Stanley Kubrick. One instance with Seyfried took two hundred—for a scene without dialog! When does genius morph into lunacy? Production cost was somewhere between 20 and 30 million. Covid-19 prevented theatrical release beyond what was needed to qualify for awards, leaving the rest up to whoever viewed it on Netflix. 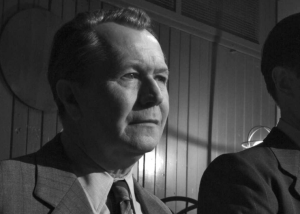