BANANAS unpeeled as a ripely silly hit in 1971, returning more than five times its production cost.  Eighty-two daffy minutes of contemporaneous satire, Marxian homage (Groucho, not Karl) and relationship paring rewarded the growing Woody Allen fan base. His third feature paid off their attention to his ever-developing gifts as a true comic talent, one whose intuitive grasp on casting and editing matched his innate skill at deadpan self-skewing and slapstick farce. In other words, funny.

Two years after Take The Money And Run, Allen’s handle on direction moves up a notch, and the writing—shared for the last time with Mickey Rose—gets more than enough giggles and laughs to cover the few ‘meh’ passages. Modern audiences won’t get what a clown Howard Cosell was, or maybe grok the simultaneously giddy and sad idea that revolution-ripped lands in Latin America were such a constant that North American movies could easily joke about them and blithely make up fake countries. Playing with this trope, Allen can subversively take a more pointed swipe at idiotic U.S. foreign policy, one that does little other than ensure unrest festers. Since humanity can’t summon the huevos to confront tragedy, leave it to comedians to task fraud and failure, and spit-take it back in our smug mugs.

“Although the United States is a very rich country, and San Marcos is a very poor one, there are a great many things we have to offer your country in return for aid. For instance, there… there are locusts. We have more locusts. There are locusts of all races and creeds. These, these locusts, incidentally, are available at popular prices. And so, by the way, are most of the women of San Marcos. Now then, despite the tiny size of our nation, few people realize that we lead the world in hernias.“ 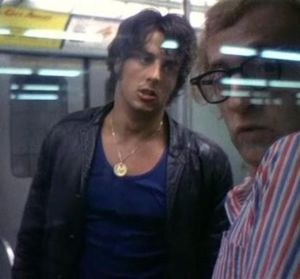