“Hey Ray, wouldn’t it be funny if I went to Harvard, you went to Jail and we both ended up surrounded by crooks.” 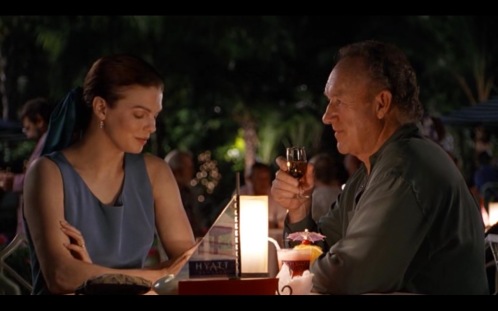 Sharp and promising ‘Mitch McDeere’ (Tom Cruise) still has to ace the bar exam when he’s pitched an irresistible offer from a Memphis firm that specializes in difficult tax cases. What soon becomes more difficult than the money-juggling of their shady clients is the firm’s all-encompassing control over the new life Mitch and his wife ‘Abby’ (Jeanne Tripplehorne) have fallen for. Extravagant perks come with a cost, one other lawyers in the firm have payed the highest price for.

Cruise, 30, fresh off another big hit legal thriller, A Few Good Men, was a natural fit for the ambitious but decent hotshot who gets in too deep. The backing lineup is a case of Too Big—and in this instance, strong—To Fail. Headed by Gene Hackman, the array is packed with actors either securely established or those who would become familiar to us in years to come. Holly Hunter’s brief but attention-seizing part saw her Oscar-nominated for Supporting Actress (losing to Anna Paquin, her 11-year-old costar from The Piano), just part of this A-team: Ed Harris, David Strathairn, Wilford Brimley, Gary Busey, Steven Hill, Paul Sorvino, Hal Holbrook, Jerry Hardin, Terry Kinney, Joe Viterelli, Jerry Winetraub, Margo Martindale, Tobin Bell, Dean Norris, Karina Lombard, Paul Calderon. 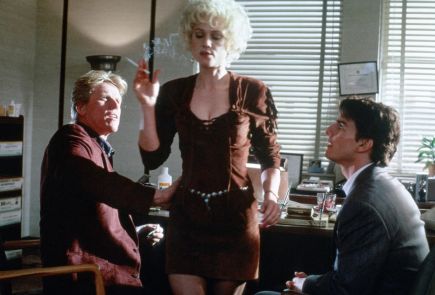 Along with Hunter, Dave Grusin was nominated for his piano-centered soundtrack. Filming was done in Memphis and the Cayman Islands. 154 minutes zips along.

“I tell you Joey, every fucking lawyer on the face of the earth oughta be killed.” 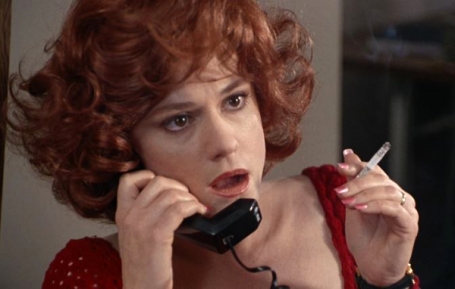 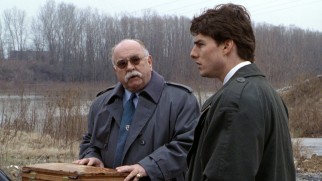 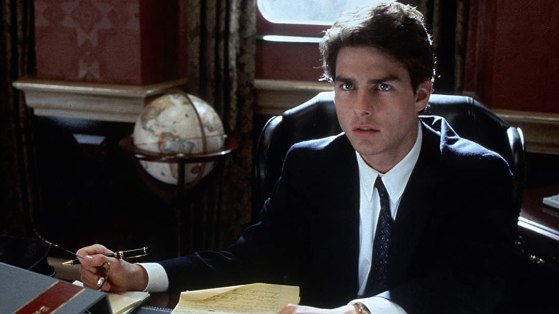