SHOPGIRL, if you lined up movies released in 2005 in descending order of audience attendance, ranks 148th, with a worldwide tally coming to $11,675,161. Strange romantic comedy-drama is composed of warring elements—some winning, others trying—and is one of those off-kilter pictures that elicit responses ranging from adoration to hatred.

A refugee from a dismal situation in Vermont, 20-something aspiring artist ‘Mirabelle Buttersfield’ (Claire Danes, 25) tries to get a life going in the vast jeans-pool of Los Angeles, working as a shopgirl at Saks department store in Beverly Hills. Out of the blue, two quite different men pursue her. ‘Jeremy’ (Jason Schwartzman, 24), is also art-inclined and in her age group, at least physically, but he’s an incredible dolt. ‘Ray Porter’ (Steve Martin, 59) is rich, suave, helpful, but evasive in terms of commitment, along with being old enough to tell her what it was like to first watch a television. 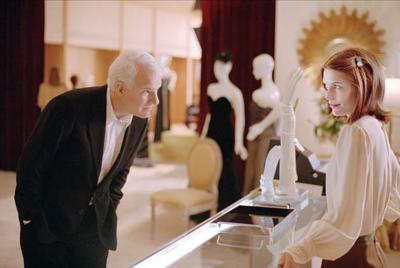 Martin wrote the screenplay off his 144-page novella done five years earlier, then, as co-producer, decided to cast himself rather than Tom Hanks. Anand Tucker (Hilary And Jackie) directed. Hanks, 11 years younger and a much more skilled actor, might’ve made Ray’s character more palatable. As it is, both written and acted Ray is flat and unappealing. He is, though, light-years more bearable than the idiotic scuzz Jeremy, ditto Schwartzman, whose pixie-meets-gremlin aura will elude me beyond my grave.

The burden of caring falls on Danes, and she does lovely work as the caught-in-rinse-cycle heroine, making every smile, glance and tear felt as honest and real, even though Mirabelle would have to be one lonely halfwit to fall for either of these jerks. Along with the glowing, gradually knowing Claire, mood sensitive director Tucker and cinematographer Peter Suschitsky add many grace touches visually with views of Los Angeles at night, and in capturing some ravishing Southern California sunsets. 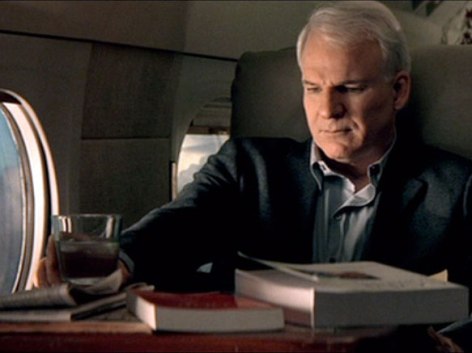 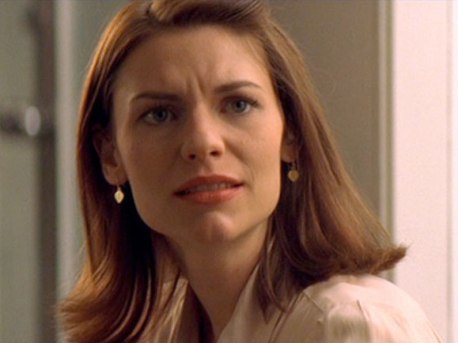