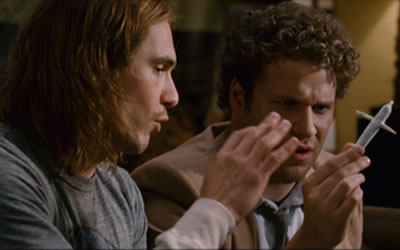 PINEAPPLE EXPRESS , the pot-blend, is described thusly: “combines the potent and flavorful forces of parent strains Trainwreck and Hawaiian. The smell is likened to fresh apple and mango, with a taste of pineapple, pine, and cedar. This hard-hitting hybrid provides a long-lasting energetic buzz perfect for productive afternoons and creative escapes.”  Body chemistry changes, alas, now see this observer can only take their word for it, but our bad-taste buds are happily still functioning, and we can report that as goofy stoner-action-comedies go, this 2008 bongload provides a good number of laughs. 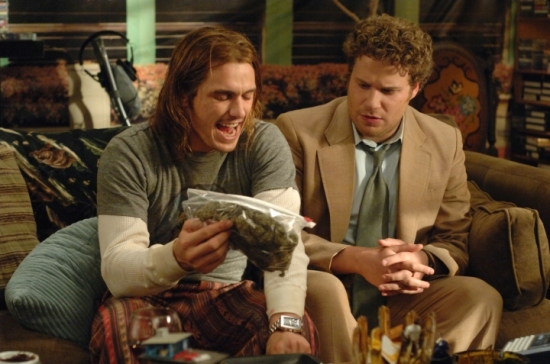 “They messed with the wrong melon-farmers.”

Rogen and Evan Goldberg wrote the script, the cast work it for all its worth. Like any nonsense comedy it throws everything at the wall and not all sticks: some of the coarser stuff thuds and the improvised wrap-up drones past a good time to stop, but there are many moments of laugh-out-loud slapstick and toss-off asides. Some critics carped about the violent aspects, but it’s so over-the-top, comic-gore, it’s hard to get upset by it. Rogen and Franco make a great team. Directed by David Gordon Green, who made sure it looked sharp. The hand-to-hand fights are destruction-derby gems. 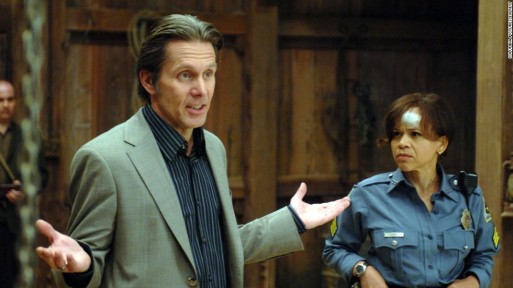 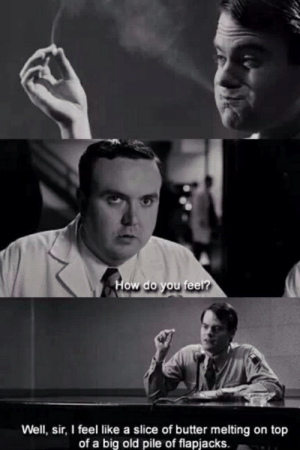