MOLLY’S GAME, a razor-sharp, cast-blessed, based-on-fact biodrama from 2017, makes for even more compelling viewing a few years on, in the midst of the inevitable tragi-comic meltdown of the whole bullshit house of cards we live under, a stacked deck dealt out by unrepentant slimes just begging for a firing squad. Make that boiling oil, and drip it slow. *

When a skiing accident ends her Olympics dream, Molly Bloom (Jessica Chastain) makes ends meet waitressing at a trendy L.A. nightspot. Sizing up her combination of looks, acumen and drive, a venal ‘player’ takes her on to aid him managing exclusive, high-stakes poker games with rich men from assorted upper layers of society. Savvy enough to play the players, Molly calls his bluff and goes on her own, attracting clients, amassing wealth, plenty+ for us mere mortals, chicken-feed $$$ to her card-carrying guests.  When the run-of-the-zillion dicks from Hollywood, music, sports and trust funds eventually come to include actual mobsters, the Feds go after her. One bright, ethical woman in a nest of powerful men—guess who’s the fall guy? She faces up, lawyers up, stands up.

Aaron Sorkin took on directing, dealing out a royal flush with his feature debut in that capacity. Based off Bloom’s 2014 memoir, he wrote the whipsmart, mile-a-minute script, quite deservedly Oscar-nominated.

Chastain is nothing less than stellar, and matched by imposing Idris Elba as her lawyer (fictionalized in the script for dramatic utility)—their chemistry current crackles with old-style movie star allure backed by consummate dedicated professionalism. Veteran warhorse Kevin Costner pulls off a solid secondary gig as her domineering father.

Made for $30,000,000, the worldwide take came to $59,300,000, with less than half of that on home turf: while crowds flocked to effects-laden spectacles, they left this languishing at 83rd place domestically, joining other excellent films of ’17 that didn’t achieve the public recognition they deserved—Wind River, All The Money In The World, Only The Brave, Their Finest and I,Tonya. 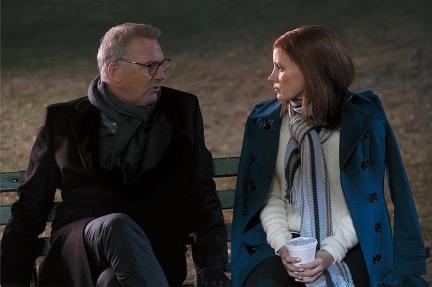 DOUGLAS: “There’s a poem… a famous… uh… a poem about… thoughts left unexpressed. “Two roads emerged from the woods. Do they explode? I dunno” You like poetry?”  MOLLY: “I did until a second ago.” 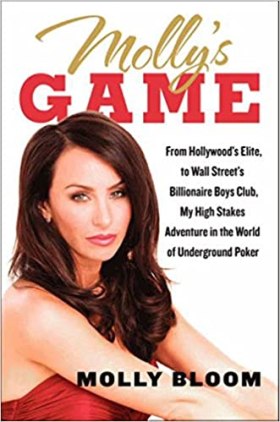 * The slick bastard played by Michael Cera was based on ‘Spiderman‘ Tobey McGuire, and the ‘Cobra Lounge’ in reality was Sunset Strip’s infamous, well-named The Viper Room. Molly Bloom was/is as sharp a cookie as you could bake; she just ended up in a package contaminated by two-legged mold spores.

Anyone alive, on this planet, at this time, who can blow off that amount of money, as a night’s entertainment, like it’s their ‘due’ or ‘right’, deserves to have their repulsive reptile head separated from their wriggling scaly carcass. 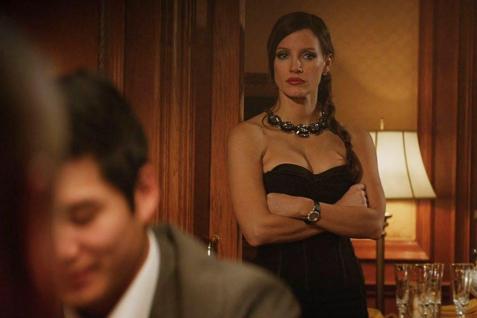 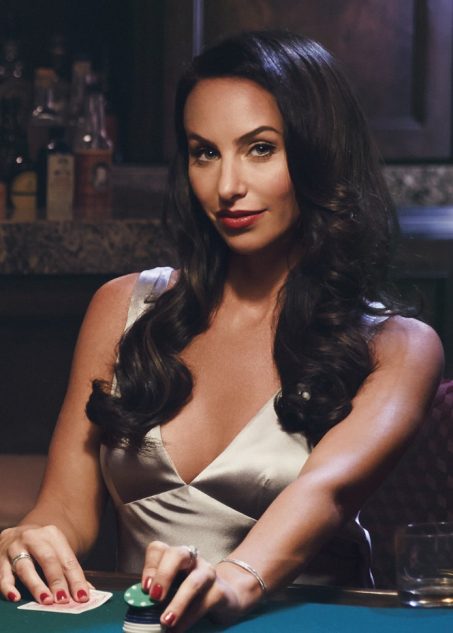 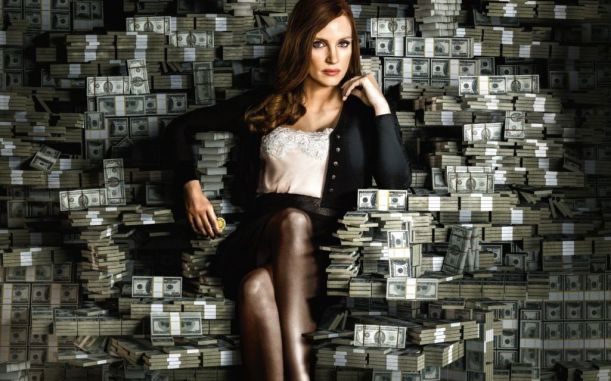 One thought on “Molly’s Game”