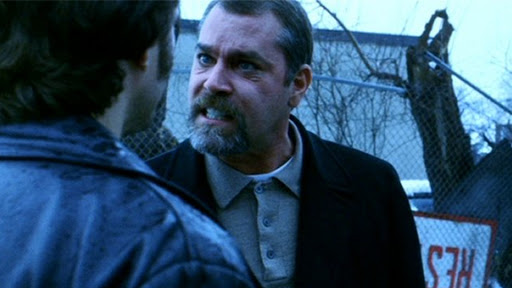 NARC stun-guns electric shock therapy from frame-1 to the quivering question mark finale, the tension current amped to magnum force in acting, writing, direction, camerawork and editing. In 2002 it joined a number of top-quality crime dramas; though it didn’t make as much of a money splash as most of them, it’s every bit as good as any in a tough crowd. *

Detroit. The unsolved murder of an undercover cop brings together two detectives who differ in method and manner but who each carry histories of job-stress baggage. Plainclothes narcotics officer ‘Nick Tellis’ (Jason Patric) got in too deep on the street, and the fallout threatens his marriage and career. Bull-charging ‘Det. Henry Oak’ (Ray Liotta) is not above splintering niceties, and the case of the slain officer involves him on a acute personal level. 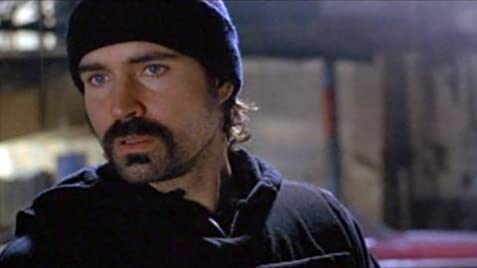 Written & directed by Joe Carnahan, who excels here at both jobs, it was made on a tight budget (they ran out of money during the shoot) of $6,500,000, with some scenes done in Detroit, though the bulk of filming was in run-down areas of Toronto. He moves it along like a house afire, with great assist from cameraman Alex Nepomniaschy and editor John Gilroy (Michael Clayton, Salt, Nightcrawler). It’s an immersive you-are-there-scenario, but mercifully it doesn’t abuse the shaky camera crap that makes so many thrillers harder to get through than detox.

You put Jason Patric and Ray Liotta together and turn them loose, you get intensity off the chart, and just as their characters believably bruise it out (without the standard partner-at-odds malarkey) their differing acting personas compliment each other to a razor-edge. No slight to Patric, who’s superb, but if you’re a fan of ferocious Ray Liotta, this movie is an absolute must.

“I remember one night. I went with the sheriffs on a warrant raid. This dipshit was selling meth out of his apartment. Just a stop-and-pop. Broke down the door, rousted the guy. I was in one of the back rooms looking for junk when I hear something. I turn around and see these… eyes staring at me from a closet. It was a little girl. A little ten year old girl. Naked. Shaking like a leaf; she was scared to death. Her stepfather was pimping her out for rent. I wrapped her in my coat, carried her out to the squad car. I went back… and I beat that motherfucker half to death.”

All the supporting players hit the mark, with particular kudos due John Ortiz and Busta Rhymes. Others include Chi McBride, Kristi Bridges, Anne Openshaw, A.C. Peterson and Richard Chevolleau. Reviews were strong and it did make $12,634,000. 105 minutes. 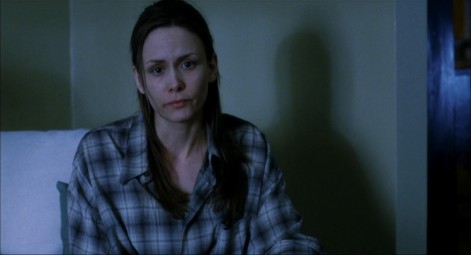 * Law, Order and their opposite, on screen in 2002: Gangs Of New York, Catch Me If You Can, Road To Perdition, Insomnia, One Hour Photo, Blood Work, 25th Hour, Dark Blue, The Good Thief.