WOMAN OF STRAW, ignored in 1964, finally began to get some overdue appreciation more than five decades on, as fans of Sean Connery who missed it originally catch up to a pretty decent old-style thriller with a nice-looking package that includes the more-than-nice-looking gift-wrapping of Gina Lollobrigida.

‘Anthony Richmond’ (Connery) has a fabulously wealthy uncle. The trouble is that old, wheelchair-bound ‘Charles Richmond’ (Ralph Richardson) is a full-bore, unmitigated bastard who will stiff his nephew from an inheritance. Anthony hires nurse ‘Maria Marcello’ (Lollobrigida), supposedly to care for the cruel, impossibly demanding old man, but really as a partner-in-crime to get control of the fortune. She’ll marry Charles, cajole the will, and when he dies, give a portion to Anthony. Further ensnaring ensues when Maria and Anthony get hot & heavy. Someone is getting set up for a nasty surprise.

“A kind nature is no defense in sickness and death. So… what’s the point of it?” 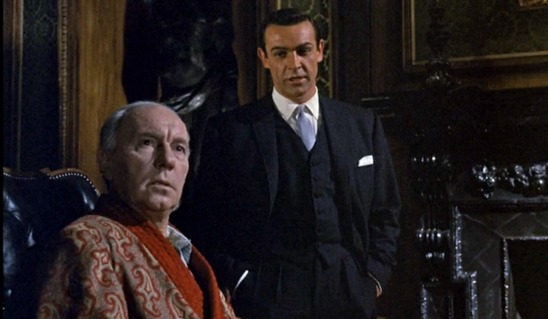 Directed by Basil Dearden, attractively laid on by his producing partner George Relph, the screenplay, written by Robert Muller and Stanley Mann, was taken from a novel written a decade earlier by French suspense spinner Catherine Arley. Cat & mouse psychology is the motif rather than Bondian rough stuff. *

Sandwiched between the 007 smashes From Russia With Love and Goldfinger, like Connery’s other 1964 mindgame drama, Marnie, this was slighted by reviewers and ignored by audiences, the $2,900,000 gross leaving it at 84th place for the year, a good 54 spots down from the maligned Marnie.

The first half of the story (it runs 2 minutes over two hours) is a little slow, building the characterizations, and Richardson’s abusive, hectoring uncle, though he plays it well of course, is really unpleasant. The second half is much better, as the screws tighten on the scheme, pointing to a surprising and satisfying conclusion. Tailored looking to kill, it’s a neat, different role for Connery, dapper and confident as ever, but much less savory than expected.  Lollobrigida has a very good part, sexy and then some, with a chance to dish some effective dramatics; along with her work in the otherwise overheated 1961 melodrama Go Naked In The World, where she acted rings around Anthony Franciosa and Ernest Borgnine, this is her best performance from the decade. The two heat-seeking stars didn’t get along during filming (the words “imperious” and “demanding” tend to bubble up around La Lolla), but they’re a good match on screen.

With Alexander Knox, Johnny Sekka, Laurence Hardy, Peter Madden, Michael Goodlife, Edward Underdown and André Morell. Cinematography was done by Otto Heller, whose 237 credits between 1918 and 1970 include The Crimson Pirate, His Majesty O’Keefe, Peeping Tom and The Ipcress File. Art direction was handled by Peter Murton (Dr.Strangelove, Goldfinger) and Production Design was the province of fellow Bond-stylist Ken Adam. Filmed in England, partially at the imposing Audley End House, a massive 17th-century country layout (basically a palace) near Essex, and in Majorca, Spain. 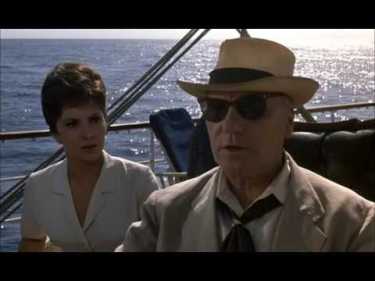 * French novelist Catherine Arley (pen name for Pierrette Pernot, which is frankly cooler) saw her “La Femme de paille“ rejected by every French publisher she took it to. After a Swiss publisher picked it up in 1954, it went on to be translated into 24 languages. 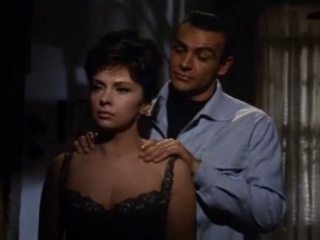 One thought on “Woman Of Straw”