‘Jefty’s Road House’ is managed by cool-headed ‘Pete Morgan’ (Wilde), but the owner, emotionally immature ‘Jefty Robbins’ (Widmark) calls the shots, which include bringing in his latest fixation. That’s cynical singer ‘Lily Stevens’ (Lupino), who doesn’t take guff from anyone and has her own way of putting on a show. The bartender says to cashier ‘Susie’ (Holm)—who has a thing for Pete—“Hey, Susie! What do you think of this one? She’s somethin’, isn’t she?” Not impressed by the new stray, her catty comeback is “If you like the sound of gravel.”

That’s just kittyhissing, as Lupino does a swell smoky-husky job ‘talk-singing’ Johnny Mercer’s classic “One For My Baby” and “Again”, written for this picture by Dorcas Cochran and Lionel Newman. Lupino found and bought the story “The Dark Love” and presented it to Fox’s material-keen Darryl F. Zanuck as a vehicle for her. With her cool hot numbers from They Drive By Night and The Sea Wolf, she added this hard-baked cookie.  A hard-to-dislike blend of rugged physicality with an underlay of guarded tenderness, Wilde had developed a following through hits A Song To Remember, A Thousand And One Nights, Leave Her To Heaven and Forever Amber.

Fast on the quip Holm had just won a Supporting Actress Oscar for Gentleman’s Agreement. She’s somewhat sidelined here, with Lupino’s more interesting character. Then there is the attention-wresting Widmark going into meltdown mode. It was the unsettling newcomers third sicko in a row after Kiss Of Death and The Street With No Name (he was a baddie yet again in ’48, in the neat western Yellow Sky). He’s not quite as nutty here as his immortal ‘Tommy Udo’ from Kiss of Death, or as vile as he would be two years later playing vicious racist ‘Ray Biddle’ in No Way Out, but he still gets rein to let the initially easygoing Jefty descend into chortling malevolence. 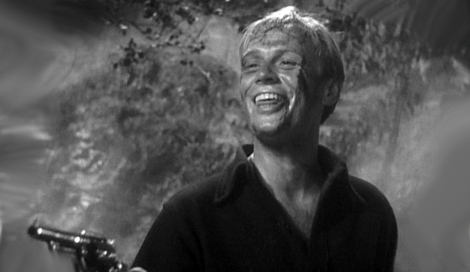 Instead of the genres typical urban realm, this excursion, like such classics as Leave Her To Heaven and On Dangerous Ground, goes rural, as the capacious road house is located just outside a small burg surrounded by deep forest near the Canadian border. The place has a bar-lounge and a…bowling alley (wtf?). Almost a non-human character is that nifty art direction of the joint, and of the third act showdown in the foggy woods, both settings evocatively captured by Joseph LaShelle’s cinematography. Negulesco, who had a painter’s eye for framing, and possessed a calm and effective manner of working with performers, keeps it all running sleek.

With O.Z. Whitehead, Robert Karnes and Ian MacDonald. Ray Teal has one of his many bits as a cop. 95 minutes that reward visiting.

* It was the first film Negulesco directed for the studio. Even though his previous picture, Johnny Belinda, was a big hit for Warner’s, they fired him. That was a win for producer Darryl F. Zanuck and 20th. Between 1948 and 1964 the witty Romanian craftsman delivered quality polish in 24 Fox flicks, including such winners as Three Came Home, Titanic, How To Marry A Millionaire, Three Coins In The Fountain and The Best Of Everything. 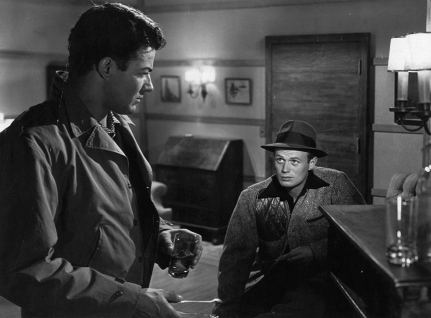 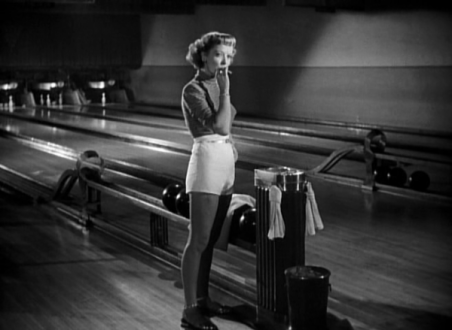