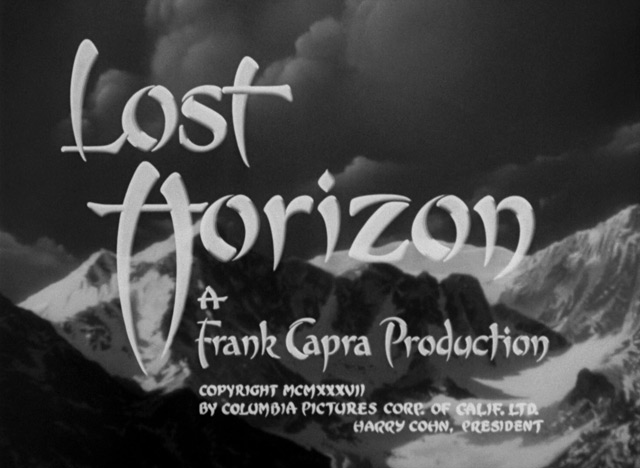 LOST HORIZON sees wild yet wistful adventure meet lofty yet fuzzy thinking in a memorable if frustrating collision of film-making prowess and artistic hubris. A grand and tattered tapestry of inspiration and folly (cue Mankind), this problematic 1937 classic is like a favorite old sweater you can’t part with, frayed and holed, but still warm and comforting, and “they don’t make that style anymore.” The insane World can take a hike.

“Age is a limit we impose upon ourselves. You know, each time you Westerners celebrate your birthday, you build another fence around your minds.”

China, 1935: world-renowned British writer and diplomat ‘Robert Conway’ (Ronald Colman), barely escapes the panic of a city under attack, fighting through a mob to get on the last flight out. Then the plane is hijacked. With him, going somewhere, are his impetuous younger brother ‘George’ (John Howard), fussy paleontologist ‘Lovett’ (Edward Everett Horton), self-amused swindler ‘Barnard’ (Thomas Mitchell) and caustic, sickly hooker ‘Gloria’ (Isabel Jewell). When the plane crash-lands deep in the Himalayas, the up-a-crevasse group are miraculously rescued by local tribesmen. They’re taken through the forbidding peaks to the hidden and idyllic ‘Valley Of The Blue Moon’ and the tranquil oasis of ‘Shangri-La’, a palace-topped place of Peace and spiritual Plenty, protected from the wars, want and worry of the outside world by the surrounding mountains. Paradise (with a price) is overseen by the aged—very aged—‘High Lama’ (Sam Jaffe) and his preternaturally calm disciple ‘Chang’ (H.B. Warner). The rejuvenating powers of the transcendental hideaway work wonders on the baffled new guests, except for brother George, who thinks it’s all mumbo jumbo: he wants to flee. But is there escape? Should there be?  To, and for…what?

A string of heartwarming comedies built his rep, but director Frank Capra felt driven to “say something”, partially out of a considerable if conflicted ego, but also from observing humanity marching from the Depression to something even darker. He and his writer half, Robert Riskin, were among many who were taken with James Hilton’s 1933 fantasy adventure, enormously popular and the most famous his twenty novels, which included “Goodbye, Mr. Chips” and “Random Harvest” (Colman would star in that hit 1942 movie). 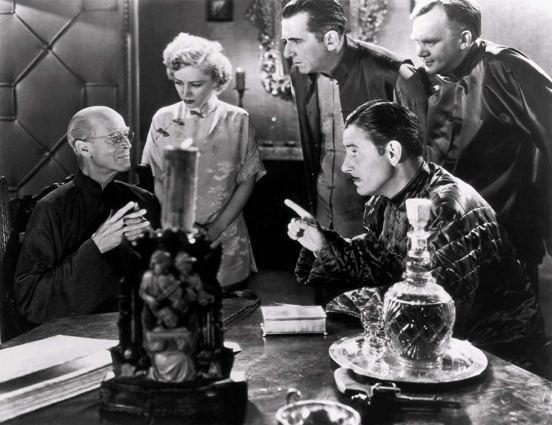 The Capra touch seeming to guarantee gold, his boss, coarse and crafty studio czar Harry Cohn, gambled a budget of $1,200,000, which right off made it the most costly picture money-conscious Columbia had undertaken. Capra went into hyperdrive, shooting enormous amounts of film, redoing crucial elements several times. It took ten months to put together, with the 100 days of shooting going 34 over the original schedule, the cost outrunning itself by a quaking $776,301. With prints and advertising, the layout finally consumed $2,626,620. 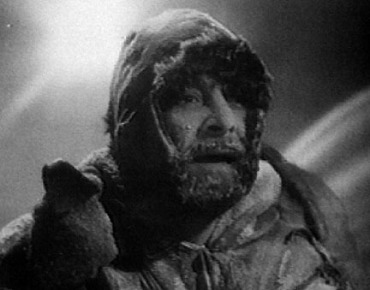 The first six-hour cut was shorn down to a still-daunting 3½ for a preview crowd: it didn’t go over well. It was then chopped down again, first to 132 minutes, then 118 (a cannibalized 1952 re-release butchered it to 95 minutes, essentially losing the horizon). Eventually it was restored to today’s surviving 132, all elements from the long version gone with the wind. The 15th most-attended movie of ’37, it ultimately grossed $5,300,000, though it took a good five years to bring it into the red.

Oscars went to the very impressive Art Direction (that made sense) and the Film Editing (less so, given all the eviscerating–except for the brilliantly directed and cut early sequence of the airfield panic) and it was nominated for Best Picture, Supporting Actor (Warner), Assistant Director (Charles C. Coleman), Music Score and Sound. Tellingly, Capra was left off the director’s lineup, likely a snub from the studio boss and fellow moguls to slap him upside for his budget-warping ‘artistic’ audacity. 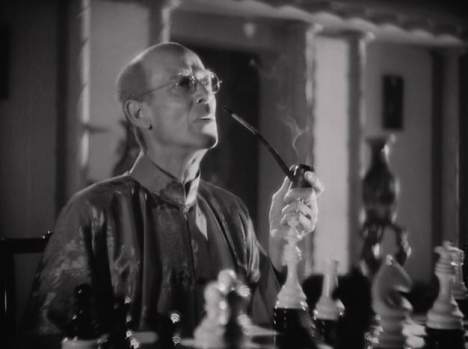 From a dramatic standpoint, and in terms of flow, the story structure starts like gangbusters and finishes with emotional flair, but it sags in the mid-section, tension weakened by literally too much peace and not enough forward momentum. The light banter with Horton and Mitchell is only fitfully amusing, Jewell’s character is given little play (no doubt editing at work) and 23-year-old American newcomer Howard is not the optimal choice for the English Colman’s brother (for some reason, Capra nixed David Niven, who would have been perfect). Conway’s meeting with the High Lama runs 12 minutes, but it was forty originally, which, even if it had been wonderful, shows how lost Capra got into art-pushing horizons: audiences would never sit still for that much idealistic jabber.

Some contemporary critics (including this blogger’s favorite cineguru!) bang it around by interpreting its mid-30s attitudes as not being as enlightened as they Should Be. I don’t get too het up about wishing dream-spinners from eighty-plus years back were as clued in as we’re supposed to be now. Look around, listen to the moos of today’s two-legged cattle, then tell me with a straight face that (1) we don’t deserve our approaching fate and (2) you wouldn’t give anything to get away from the ship when it goes under: at least the story tries to talk about something deeper than 95% of the era’s entertainment. And, back then, Tibet—like New Guinea, the Sahara or the Amazon—was still mapless, The End of the Earth. * 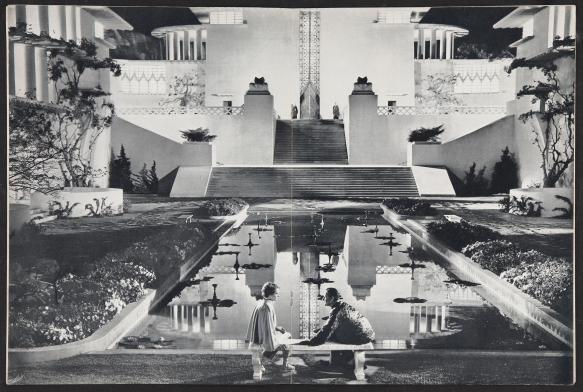 Flaws notwithstanding, what’s left (of what was left) is unique, absorbing and rewarding. Colman, 45, is marvelous: he did The Prisoner Of Zenda that same year, and both ’37 classics followed his A Tale Of Two Cities and Under Two Flags from ’36. The special effects are neat, the huge art deco sets inspired, the photography arresting. Dimitri Tiomkin composed the exuberant score, Max Steiner conducted it. Frankly, it’s somewhat stunning how they got away with the skinny-dip dive done by stunt double Mary Wiggins (a bona fide daredevil, with an early and tragic exit).

With Jane Wyatt (25, as ‘Sondra’, Conway’s enigmatic romantic interest: she got knocked by reviewers, but she’s all right), Margo, Noble Johnson and, in a quick moment, era fixture Richard Loo. 19-year-old dancer-turned-actress Margo, born María Marguerita Guadalupe Teresa Estela Bolado Castilla y O’Donnell, had her ‘Maria’ character betrayed by Shangri-La’s ultra-strict age formula, but in the outside world she was married to Eddie Albert for 39 years. 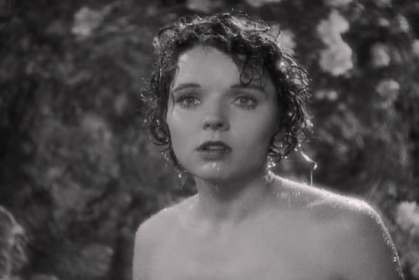 John Howard: “Damn it, I thought I was too brash, too uncontrolled, too unbelievable. And I’ve wished always that I could go back and do it again.”  After military service, Howard’s career gradually fizzled into bit parts, but his heroism from WW2 should be noted. When a mine disabled his ship (a minesweeper) off France in 1944, killing the captain, 31-year-old Executive Officer Howard took control, and his bold and selfless behavior—quite the opposite of his jerk in Lost Horizon–-won him the Navy Cross and France’s Croix de Guerre. Well done, sir.

Colman: “I loathe war. I’m inclined to be bitter about the politics of munitions and real estate, which are the reasons of war. It certainly taught me to value the quiet life and strengthened my conviction that to keep as far out of range of vision as possible is to to be as safe as possible.”  At 23, Colman was badly wounded a few months into World War One, an ankle shredded by shrapnel in the First Battle of Ypres. That exploding German shell from long ago yet another reason why Ronald Colman, along with that resolute bearing and irreplaceable voice, was the perfect choice to forever embody the lost hero & found soul Robert Conway.

As for the 1973 musical remake, there’s not enough vodka in Russia….