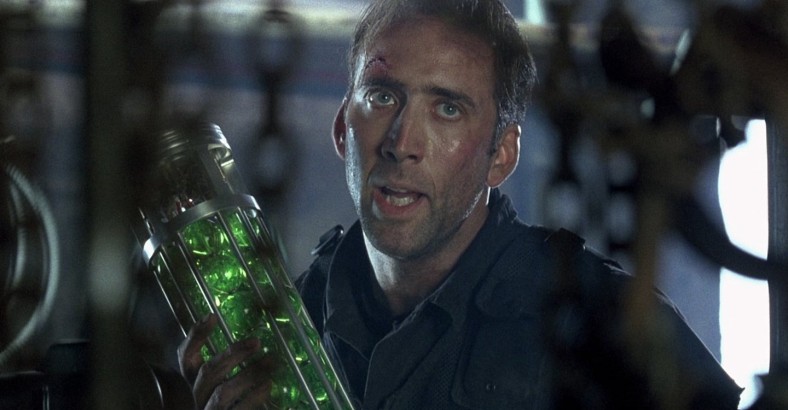 THE ROCK was one of the biggest action thriller hits of its era, locked & loaded by a  crowd-savvy, precision-minded and dependably crass producer team and director to deliver plentiful bangs and insure big bucks returned on their investment. Bearing no relation to reality, the nonstop mayhem is a test, salvaged by star turns from Sean Connery, Nicolas Cage and Ed Harris, and a well-stocked supporting cast.

Enraged by the government’s betrayal of men who undertook clandestine missions abroad, ‘Brig. General Frank Hummel’ (Harris) and a team of likewise angry US Marines steal sixteen M55 rockets, armed with deadly nerve gas. Taking a tour group hostage, they seize Alcatraz and threaten San Francisco with mass murder unless they get a big payoff. The government sends in ‘Dr. Stanley Goodspeed’ (Cage), the FBI’s top chemical warfare specialist, and a team of Navy SEALS to stop the madness. With them, released from prison, is former SAS operative ‘John Mason’ (Connery), who’d once escaped from the island, and knows the way back in. Before all hell breaks loose—all hell breaks loose. 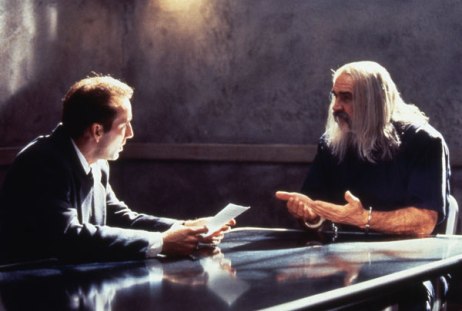 Produced by the legendary/risible producer pair Jerry Bruckheimer and Don Simpson, directed by carnage connoisseur Michael Bay: they see to it that the camera does not sleep, nor the editing catch a breath, as the wanton destruction of automobiles is showcased, bodies are blasted, things erupt in fireballs every which way but rational and half of it is done in slo-motion. Hey, let’s wreck a cable car! Just because!

“Mason’s angry. He’s lethal. He’s a trained killer. And he is the only hope we’ve got!” 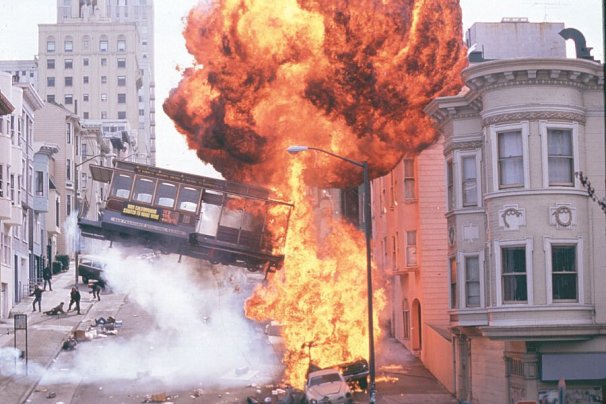 At least eight people fiddled with the script, including Jonathan Hensleigh, Aaron Sorkin and Quentin Tarantino: screen credit was given to David Weisberg and Douglas S. Cook. The set-up is decent, the dialogue is infantile. The sheer volume and vulgar manner of the mayhem goes from exciting into ridiculous before settling on numbing. That its excess works as well as it does is due to the cast, who give the cartoon posturing and maiming focused professional intensity.

Connery by this point was well into senior statesman mode, able to dominate a scene just by being in it. He liked the role, and plays along with the nonsense almost as if his character was maybe related to a famous spy. The script even gives him a wink-line with  “Oh, I was trained by the best. British Intelligence.”  Cage gets to exorcise several “Nick Cage moments”, where he blows his stack and puts extra g-force behind his phrasing. With both Good Guy leads getting the Rough Buddy business to toss around the sandbox, it’s lucky for the movie that their opponent is someone as badass substantial as Ed Harris.  Smartly playing the dangerous general ice-cold straight, he nails the best acting in the movie. 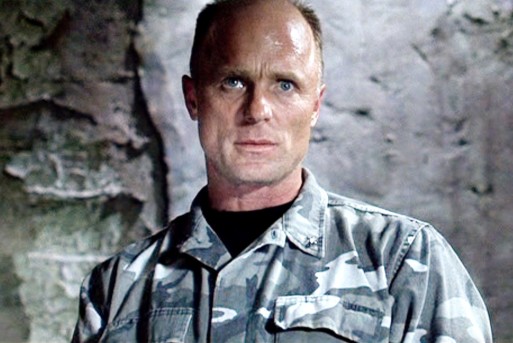 Serving alongside the big guns are David Morse and John C, McGinley as intense bad guys, William Forsythe and Michael Biehn as intense good guys: arresting actors all, they too play their thinly sketched characters with as much shading as the script and direction let them get away with. 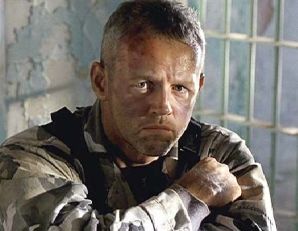 Blood-pumping music score credit is shared by Nick Glennie-Smith and Hans Zimmer, with uncredited Harry Gregon-Wagner—it has the Zimmer sound all over it.

* Producing partner Don Simpson died during production, heart failure spurred on by the 21 different drugs found in his system.

After Leaving Las Vegas, Cage’s salary jumped 16-fold, from $240,000 for his 1995 Oscar-winning drama to $4,000,000 for this launch into the action realm. Sean at 66 still commanded three times that. Cage on Connery: “He was a huge influence on my decision to become an actor… Going as far back as Dr. No, which I saw at a drive-in movie theater with my father, I knew I wanted to be like that….He was one of my heroes. When I was a kid, I would go see his movies and think, ‘That’s what a man should be’….So to work with him, it was definitely a dream.”

Rock Iraq. Speaking of disastrous action, the 2016 Chilcott report about British involvement in the Iraq War revealed that one agent’s falsified claims on observing weapons of mass destruction in Iraq had lifted his description of them off the nerve gas missiles featured in….The Rock.  Screenwriter Weisberg: “What was so amazing was anybody in the poison gas community would immediately know that this was total bullshit – such obvious bullshit.” The authorities “didn’t do apparently the most basic fact-checking or vetting of the information. If you’d just asked a chemical weapons expert, it would have been immediately obvious it was ludicrous”.  Bogus in the movie, bogus in real life. Fake deaths on screen, wholesale slaughter in Iraq.

One thought on “The Rock”