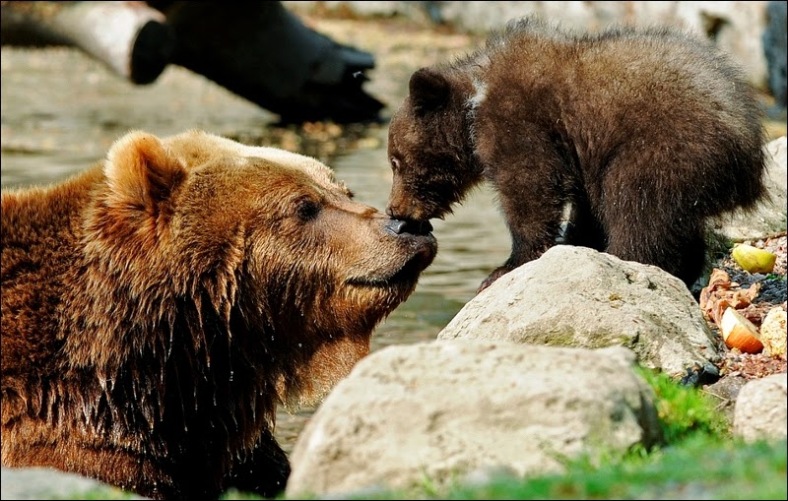 THE BEAR won over the respect and hearts of a worldwide audience, its satisfying growl of a $120,000,000 gross a warm and deserved response to a labor of love, one that salutes the vanishing wild, proffering a tagline and credo “The greatest thrill is not to kill, but to let live.” From director Jean-Jacques Annaud, the beautiful and charming 1988 outdoor drama brings vibrant cinema life to a past-century & ever-pertinent novel by James Oliver Curwood. Gérard Brach wrote the screenplay.

Curwood’s book “The Grizzly King: A Romance Of The Wild” was written in 1916. The former hunter-turned-conservationist used elements from his own experiences to spin the 250 pages that seven decades later was adapted by Annaud and Brach. Prep started in 1981, then continued on & off for six years, the director dealing with The Name Of The Rose in the interim, and Brach co-writing films like Jean de Florette. Ultimately, eight months of shooting began in 1987, with the lofty reaches of the Italian Dolomites and Austrian Tyrol standing in for the Canadian Rockies. *

Set in the mountains of British Columbia in 1885, the story has an orphaned grizzly cub effecting adoption by a grown male Kodiak, who’d been wounded by hunters. The greedy and heedless humans, one younger and eager (Tchéky Karyo), the other (Jack Wallace) his older mentor, return to finish the job, but by that time the frisky cub and the cagey big fella have bonded: the arrogant men learn some wilderness lessons the hard way.

The famous Bart played the adult bear, and a cub named Youk got credit as the little one. Alternate furry tykes were used to back up Youk’s capering, and some animatronic creations were gingerly put in for some of the fight scenes. Along with the bears and their handlers, critter personnel had to manage dogs, horses, a cougar and hundreds of thousands of honey bees (I’ll pass).

The cubs learn-on-the-job antics are endearing, often quite funny, the always-amazing work from the 9’7″ Bart rousing and magnificent. Stunning cinematography from Philippe Rousselot rounds out a can’t lose crowd-pleaser. Wisely, Annaud doesn’t over-play the cute-card, and the moral message of honoring nature rather than commanding it (let alone destroying it) rings poignant and powerful. The orphanhood theme has a universal grip, the thrill and chill of peril is a given, the concept of mercy apparently needs continual reinforcement. It’s a lovely film, a great first-date movie—a 94-minute way to find out if your new hope has a heart.

Reviews were ecstatic, crowds made it reach 36th place in the States and the Academy Awards nominated Noëlle Boisson (Cyrano de Bergerac, Enemy At The Gates) for her superb Film Editing.

* Curwood’s adventure novels (he wrote over 30, and something like 200 short pieces) were big sellers in the 1920s, and there have been more than 40 film adaptations. Besides the huge success of The Bear, the best-known motion pictures from his work are Back To God’s Country, an early Rock Hudson matinee from 1953, and the neato Nikki, Wild Dog Of The North, from 1961, which this writer fondly recalls from his far-off kidhood.

As for the ursine stars, cub Youk passed away in the Netherlands in 2011; Bozo (left uncredited as the unlucky mama bear) went on to browse berry-heaven in 1999, having lived 39 years; the mighty Bart left us in 2003, age 23, with a stellar list of credits. 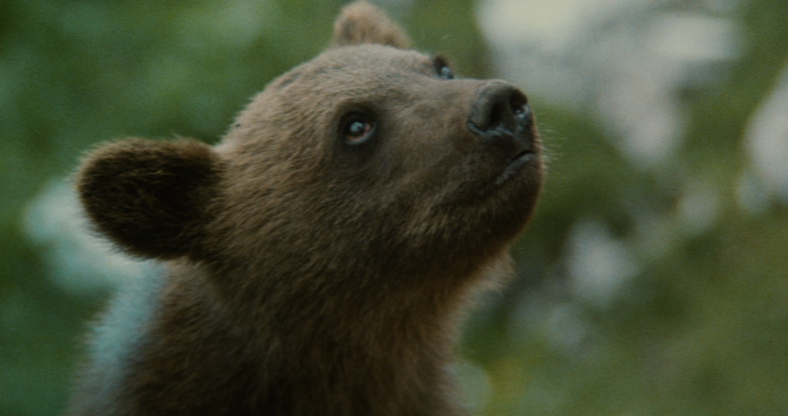