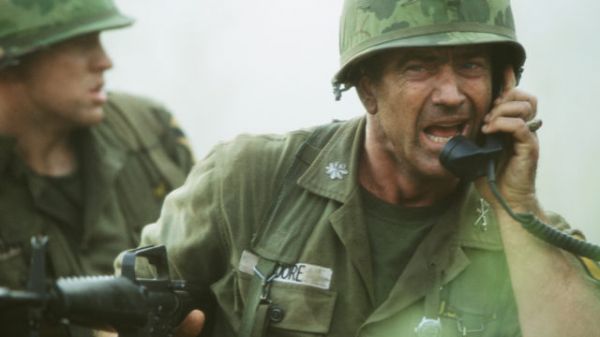 WE WERE SOLDIERS, unlike most Vietnam War movies, doesn’t pretend to solve the paradoxes and heal the wounds of that hideous idiocy through the hindsight lens of fiction. Instead it’s one of the handful that zeroes in on an actual event. In November of 1965, the Battle of Ia Drang was the first major pitched action between as-yet untried US forces and the veteran regulars of the North Vietnamese Army. Twenty-seven years later, retired Lt.Gen. Harold G. Moore, who’d led a battalion of the legendary 7th Cavalry in the fight, and journalist Joseph L. Galloway, who covered it, wrote “We Were Soldiers Once…And Young”. Moore & Galloway’s 432-page book was praised from quarters as different as David Halberstam and Norman Schwarzkopf. A decade later, Randall Wallace wrote & directed this 2002 combat epic based on the material. *

Lt.Col. Harold Moore (Mel Gibson) is assigned to take his new command from their peaceful quarters and worried families in America to the rising conflict in Vietnam. Their first engagement plops them right on top of heavily outnumbering NVA troops, who surround them and attack without letup. Moore and his super-hardcase Sergeant Major Basil Plumley (Sam Elliott) rally the men amid the confusion of nonstop barrages, sniper fire, napalming, mass charges and hand-to-hand struggles. Maj. Bruce Crandall’s (Greg Kinnear) helicopters fly daring support, reporter Joe Galloway (Barry Pepper) covers the mayhem, while back in Georgia, Moore’s wife Julia (Madeline Stowe) has the stomach-churning job of bringing dire telegrams to spouses. 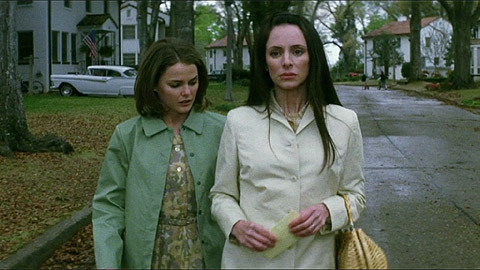 Taken purely as a straight combat action film, apart from a few dramatic-license decisions that vex post-viewing, it’s well directed by Wallace, acted in square-jawed, no-nonsense style by Gibson and the rest.  The swirling mayhem of the furious, no-holds-barred battle is tense and well-choreographed, the direction keeping a continuous, changing and confusing event one the audience can follow.  Raw and bloody stuff, with some wincing douses of burn horror from the use of napalm and white phosphorous. The second-unit crews, stunt men, makeup folks and sound team earn their pay. While the main focus is obviously on the imperiled Americans, the script deserves thumbs-up for giving the North Vietnamese a long-overdue salute for valor, intelligence, skill and heart—i.e. human beings, instead of a mindless ‘Commie’ shooting gallery.

Otherwise, the writing takes it down several notches, not with clunker lines of dialogue (though there are a couple), but with layering in fictional emotional material to pad the pain & glory element. For one thing, telegrams announcing casualties were not sent to families while a battle was actually going on.  During the Vietnam War, notification teams personally delivered mortal news: it wasn’t handled by telegram. It makes for effective drama, but the manipulation factor is a bogus throwback to another era. Stowe and the other ladies in the cast handle it, but Wallace is cheating. Back in the bush, some tinkering with event chronology is a given, but the rousing final charge that Gibson and the 7th make that wraps up the fight with a cathartic wipeout—didn’t happen. Wallace played free with history in writing Gibson’s Braveheart and did so splendidly. He did an infuriating sneak attack on the childish Pearl Harbor (not helped any by the bombs-away direction from Michael Bay). His later collaboration with star-pal Mel, the even bloodier combat saga Hacksaw Ridge, was also lukewarm script-wise.

Filming took $75,000,000 to mount, at Ft.Benning in Georgia for the Stateside scenes and sections of California’s Monterey County standing in for the Central Highlands of Vietnam. Like the same year’s disappointing big-scale WW2 saga Windtalkers, which cost around the same, box-office results were mediocre, a gross of $114,661,000 worldwide courting 37th place for the year.

Speaking of numbers: Lon Bender, the film’s Sound Designer, offered that there were around ten thousand gunshots tracked into the mix. As for snarl noises, Sgt. Plumley was 45 in 1965, Sam Elliott was 58, but “lock & g–damn load, ladies”, a Badass is a Badass….** 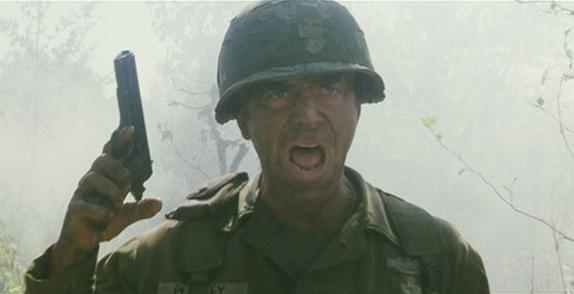 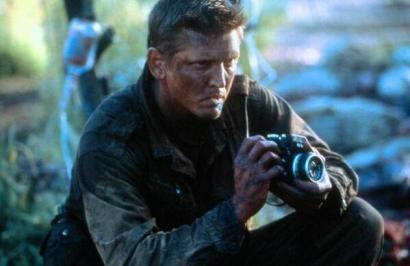 * Vietnam—The Open, Weeping Wound. Just a few of the movies about that cruel catastrophe venture to portray an actual event: Hamburger Hill from 1987, well-shot with a lame script; 2019s Danger Close: The Battle Of Long Tan, the Australian equivalent to this movie; the 1955 programmer Jump Into Hell, bluster justifying the French debacle at Dien Bien Phu. A few more focus on real characters and their experiences: Rescue Dawn, Born On The 4th Of July and Heaven And Earth, all strong stuff. Most are fictional go’s at trying to sum-up a subject that resists an easy answer, running the gauntlet from brilliant and searing to infantile and offensive.

** Numbers. Some of us are old enough to remember the nightly ‘Body Count’ on the evening news. Americans rightly grieve the 58,000 whose names mark the memorial in the nations capital.  Australia salutes its lost 500, South Korea mourns 5,099 sons. Thailand, New Zealand and The Philippines contributed another 399 souls to what was supposed to forestall the ‘Domino Effect’.  A sorry toll.  Match it then, with the Vietnamese, Cambodians and Laotians who perished in the millions, so many an accurate account can never be known.The 58,000 names etched on the black granite monument in D.C. run 493 feet. One of similar design that would honor the slaughtered SE Asians would be at least six miles long. 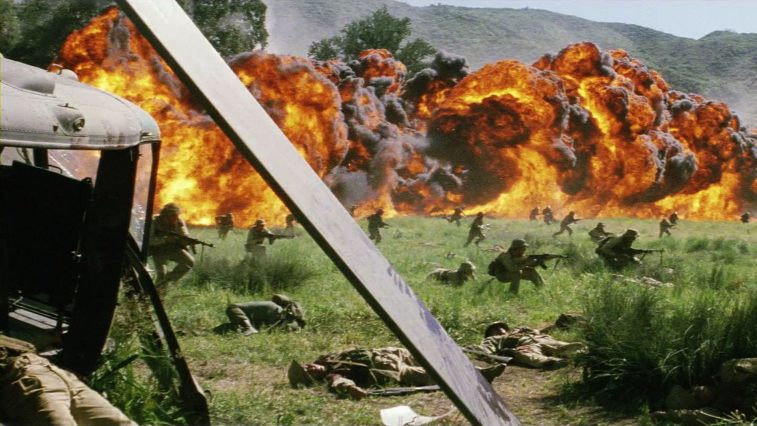 One thought on “We Were Soldiers”