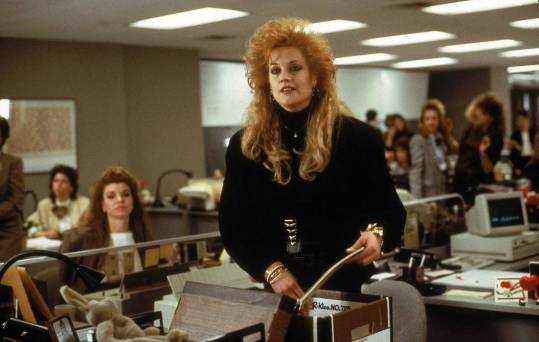 WORKING GIRL, written by Kevin Wade, directed by Mike Nichols, scored a big hit back in 1988, at the box-office, with critics, and on the awards circuit. A slick, entertaining romantic comedy with an undercurrent of social drama spurring it along to a satisfying conclusion, it made hay with and drew attention to the then-new wave of young women trying to climb a business ladder runged with casual sexism, latent class snobbery and old-fashioned resentment. Enjoyable, if overpraised at the time, and noteworthy for doing its bit to whack at the glass ceiling; watched today, a couple of the performances still carry their weight, but it’s more fun as a period piece—particularly with those insane hair styles that look like they were blow-dried in from another galaxy far, far away. 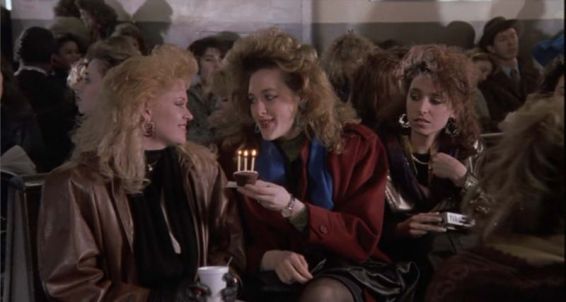 Stockbroker secretary ‘Tess McGill’ (Melanie Griffith), whose determination to rise above her station and background has barely kept her in the rigged game (Wall Street shark-tank version), finds that her seemingly cool new boss, high-powered Superwoman ‘Katherine Parker’ (Sigourney Weaver) is cheating her out of credit for a shrewd merger idea Tess designed for a client. Trying to out-maneuver born-ruthless Ms.Parker, she also has to choose between jerk boyfriend ‘Mick’ (Alec Baldwin, in full dick-mode, with enough chest hair for a Turkish cavalry brigade) and smart, interested man-candy ‘Jack Trainer’ (Harrison Ford), who she shares the deal plan with. Best-girlfriend-from-the-neighborhood ‘Cynthia’ (Joan Cusack) runs interference. 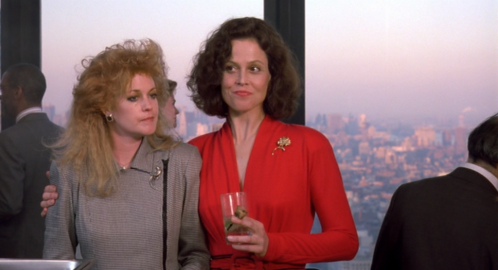 The plot, dialogue and direction are decent, but not outstanding in any way; what seals the deal are the performances from Griffith, Weaver and Cusack (Ford doesn’t register strongly). Weaver has wicked fun as the all-devouring queen-bee (WASP variety), and Cusack is a kick as the loyal cheering section rep: her nuked Venusian hair is so wild it could be recognized as its own exotic specie. Griffith’s quietly endearing as the heroine; she has the lead yet got 3rd-billing after Ford and Weaver (thank Han Solo and Ripley) and the critical applause and peer recognition temporarily bumped her into the A-list arena. 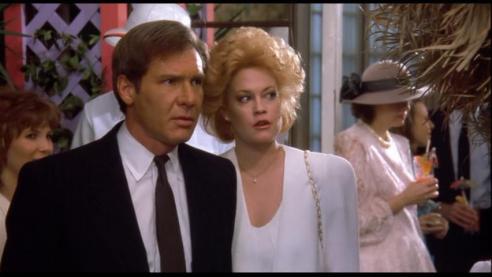 Money-wise, it ranked #11 for the year, grossing $63,800,000 domestically and another $39,200,000 abroad, easily cancelling out the $28,600,000 used to make it. Come awards time, the Oscars went predictably overboard, nominating it for Best Picture, Actress (Griffith), Supporting Actress (Weaver and Cusack), Director and Song. The actresses nominations were justified, but gluing it onto the roster for Picture and Director was a deal breaker. It won only for Song, “Let The River Run”, an anthem written & smoothly belted out by Carly Simon. * 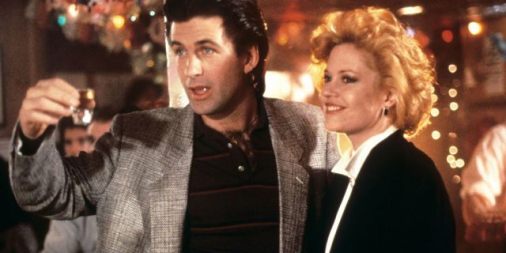 *  Interpreting the song’s lyrics can lead in various directions, as a hymn to “the people” (in this case, mostly young women) striving to make their lives better, which is fairly rousing, or as a paean to Manhattan, Wall Street and the zippy heights of capitalism (this was the money-crazed late 80s), in which case it’s a questionable clarion call. 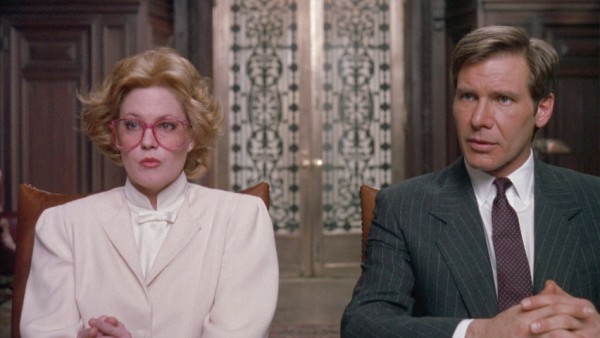 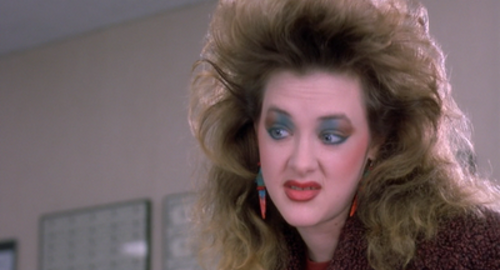 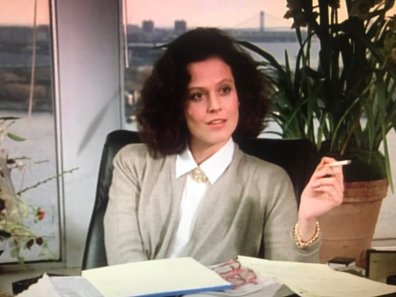 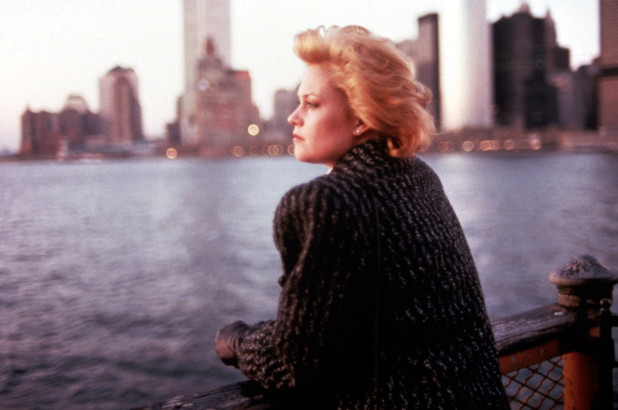