A QUIET PLACE made a big noise at the box-office in 2018, 16th place in the States as piece of a worldwide gross of $340,900,000, a stellar showing for an intimate scare-you-silent 91-minutes that cost less than $21,000,000 to make. John Krasinki directs himself and his wife Emily Blunt in the post-apocalypse sci-fi/horror winner that he also did rewrite chores on, with a script credited to Bryan Woods and Scott Beck. *

Particularly gross and ravenous aliens, seemingly unstoppable, have decimated the Earth of humans and animals, their furious attacks triggered by sounds (fish get a pass). Out in the rural farmlands, ‘Lee’ (Krasinski), an engineer, ‘Evelyn’ (Blunt), a doctor, and their children ‘Regan’ (Millicent Simmons) and ‘Marcus’ (Noah Jupe) lead a literally barefoot existence, watching every move. They speak in whispers by or using sign language, since Regan is deaf (as is Miss Simmons). They’ve lost one son already (‘Beau’, played by little Cade Woodward). Evelyn is nearing the end of a pregnancy. The creatures lurk outside their silence-enforced compound; armored, fast and ferocious, waiting for the proverbial pin-drop—or maybe a nail. 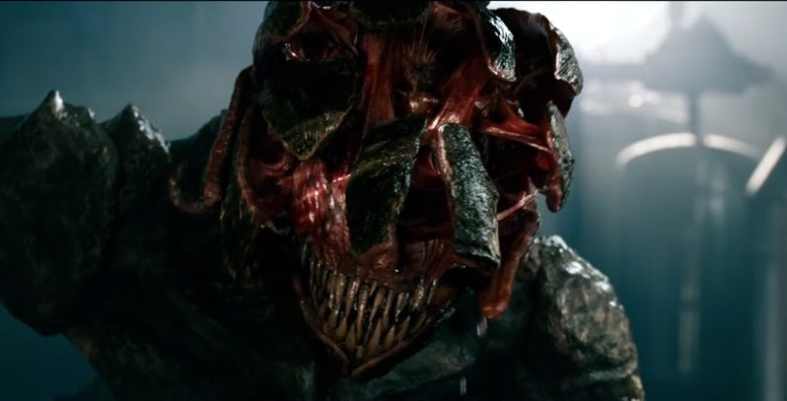 Beyond the merciless monsters and the heightened tension brought on by the novelty of using sound—and the effort not make any—as a key element, what works to make the story resonate is that you care for Krasinski, Blunt and the kids, and so their plight, peril and pain is all the more acute. It’s been a gratifying aspect to a number of the recent spate of high-quality horror and sci-fi features that they have a genuine humanistic lean rather than just setting up cardboard people for assorted modes of mauling. After a long siege of sick, stupid slasher junk, the genre has figured out that adrenaline and shock only go so far: pumping blood requires a heart. 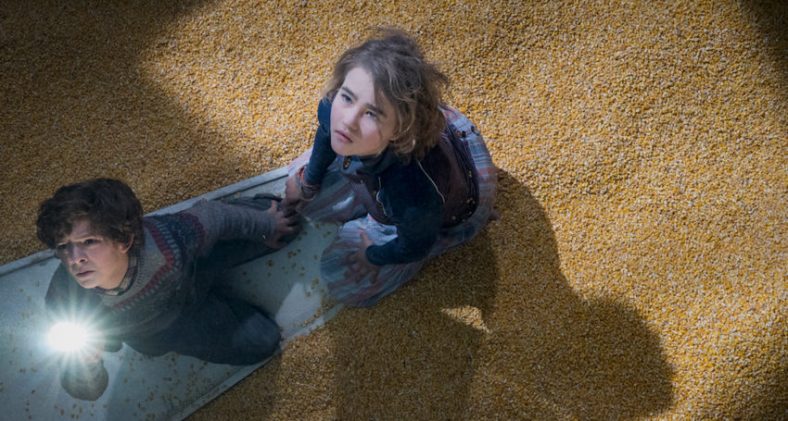 Effective score was done by Marco Beltrami and the aced-across cinematography is from Charlotte Bruus Christensen, who gets special spooky mileage in the night-time sequences of the deceptively benign corn fields and that Hell-maw of a grain silo. Filming was done in the Hudson River Valley of New York State counties of Dutchess and Ulster. The Sound Editing—fittingly enough—was Oscar-nominated. The finale is perfect. 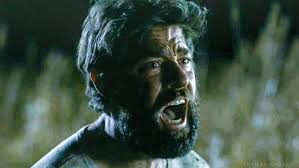 * Though the actual production cost was low, the studio that acquired it for distribution dropped another $86,000,000 for prints and advertising. As with those infernal stats for grosses, tracking down roll-out amounts is a minefield for your diligent reviewer nerdlings. 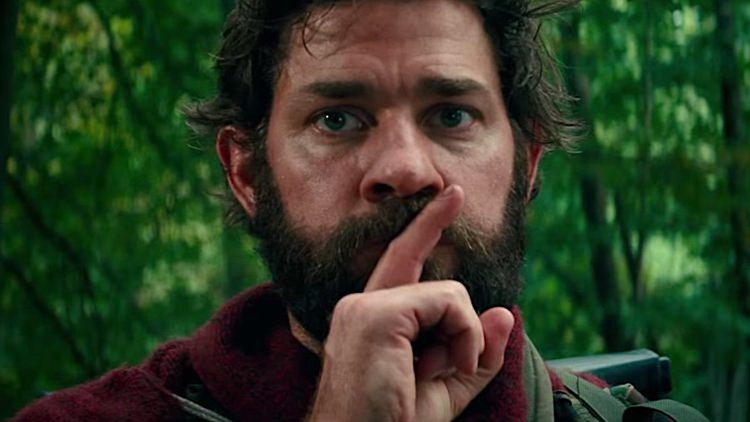 One thought on “A Quiet Place”