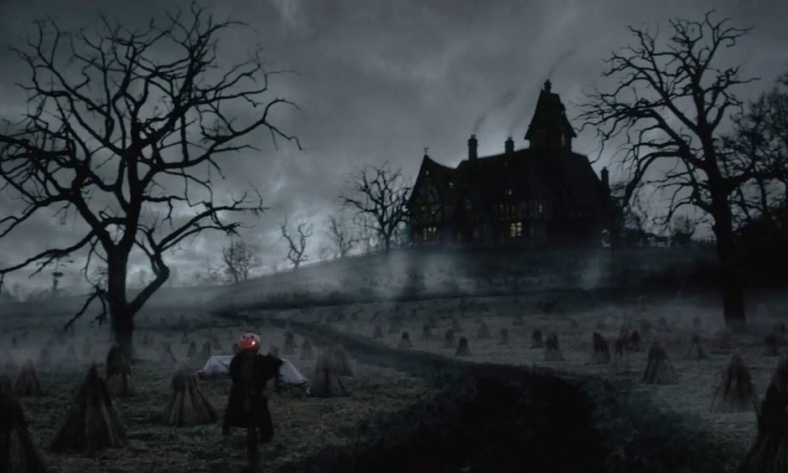 SLEEPY HOLLOW  looks great, has a capable cast, and splashes some neat (and many grisly) moments around its 105 minutes, which, if nothing else, set a record for decapitations—eighteen. Tim Burton directs a $100,000,000 blow-up of the classic 1820 Washington Irving short story “The Legend of Sleepy Hollow”, with Johnny Depp as Ichabod Crane.

Irving’s tale of a lanky, superstitious and fumbling schoolteacher over his head (sorry) in a haunt-ridden post-Revolutionary War village in New York ran a mere 24 pages. As written by Kevin Yagher and Andrew Kevin Walker, teacher Crane is now an upstart police constable investigating a series of bizarre murders. Burton-Depp’s dork hero is still clownish (way past the “we get it” point) and, to suit the vapid “thrill ride” tempo set-in-stone for modern blood-thirsting audiences, the carnage starts from the get-go and never lets up, lopping off suspense before it has a chance to make you give a fig who lives (few) or dies (most). By the time an entire innocent family is massacred, interest in anything beyond the visuals has long flagged. The script spirals into boredom, and the loud, drawn-out finale just leaves you thankful it’s over. Eighteen lopped noggins? 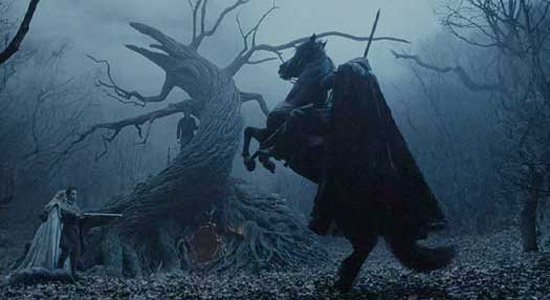 Come Oscar-time, it won for Art Direction and was nominated for Cinematography and Costume Design. Depp’s nervous dweeb lays in groundwork for his later fopping-up excursions as Jack Sparrow, Barnabas Collins and Tonto: a little twitching goes a long way. The normally enticing Christina Ricci is a let-down as the bland romantic interest. Sparking some life into all the death is a wicked turn from Miranda Richardson.

With Marc Pickering (not very good as Crane’s young assistant), Michael Gambon (can you see the villain coming?), Casper Van Diem (demoted from Starship Troopers), Jeffrey Jones, Richard Griffiths, Ian McDiarmid, Michael Gough, Christopher Walken (whacked out, ala Walken, as ‘The Horseman’), Steven Waddington (a comedown from The Last Of The Mohicans), Lisa Marie (yowza!), Christopher Lee (gravitas cameo to get things off on a Hammer), Alun Armstrong and Martin Landau (briefly, before rapidly losing weight from his shoulders). Filmed in England (Old, not New). It grossed $207,068,340. 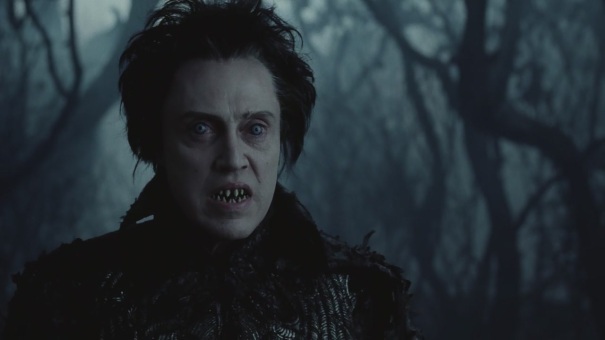 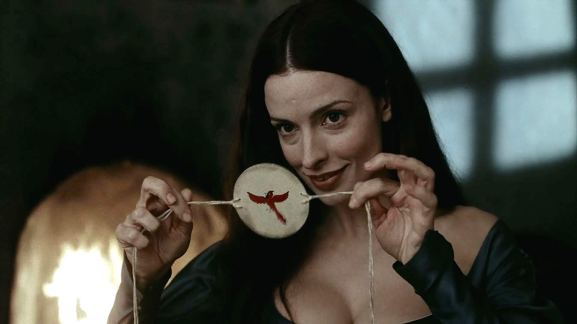 One thought on “Sleepy Hollow”