THE LADY EVE offers an irresistible apple from the Screwball garden of delights, plucked from the 1941 branch by writer-director Preston Sturges. One of the best comedies in a year crowded with choice examples, this 94-minute boy-meets-girl tease ‘n’ trip frolic is a sparkling delight, from a slinky start to the final finish-line gag. *

Boy-Meets-Girl starts out as Sap-Meets-Dame when painfully naive ‘Charles Pike’ (Henry Fonda), heir to a brewery fortune (“The Ale That Won For Yale“) is literally tripped up by crafty con gamer ‘Jean Harrington’ (Barbara Stanwyck) on a sea cruise. The earnest, woefully clumsy ‘Hopsi’ (his ale-tagged nickname) is an Ophidiologist, who’s been a year up the Amazon studying snakes (“Snakes are my life, in a way“). Jean and her father, ‘Col.Harrington’ (Charles Coburn) use guile and gambling to fleece suckers. “Don’t be vulgar, Jean. Let us be crooked, but never common.” The con turns fond when Jean falls for the poor rich doof.  When truth horns in another deception is called for.  She pretends to be English society swell ‘Lady Eve Sidwich’, niece of ‘Sir Alfred McGlennan Keith’ (Eric Blore), a fellow fake who lives off Connecticut’s well-heeled, who include the Pike family. Not the sharpest Adam in Eden, Charles falls anew, but his buddy ‘Muggsy’ (William Demarest) smells a reptile. Can the writhing tangle of serpentine deceptions resolve itself to Nature’s ultimate benign designs?

“Why, Hopsi, you aught to be kept in a cage“, Stanwyck coos during her seduction of Fonda: she’s just marvelous in this movie. If you’ve only know her from serious roles, often harsh and commanding, it’s a revelation to see what a gifted (and sexy) comedienne she could be. This was a banner year for the 34-year-old trouper par excellence, with two other larks, Ball Of Fire (nabbing an Oscar nomination) and You Belong To Me (also with Fonda) as well as giving her dramatic all to Meet John Doe. Fonda shows his deft farce chops as well: this was the first of five comedies he made in a two-year period. 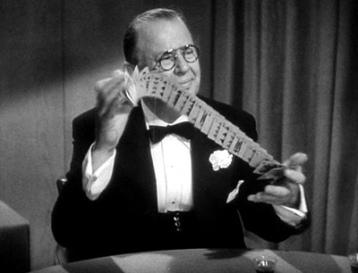 Reports indicate it was a happy shoot, with the stars eagerly enjoying the director’s style of working, his antics and storytelling during the production. Sturges gave them a superb script to play with, one great line and situation after another, buoyed by high-caliber supporting work from the wonderful old pros Coburn, Demarest and Blore. 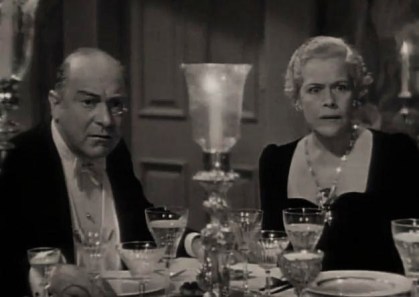 Oscar-nominated for Best Story (Monckton Hoffe), it took $660,000 to produce and nestled at 36th place in the box-office that year, grossing $4,500,000. With Eugene Pallette, Melville Cooper, Janet Beecher, Torbin Meyer and Martha O’Driscoll. “They’re apt to be slightly narrow-minded, the righteous people.” 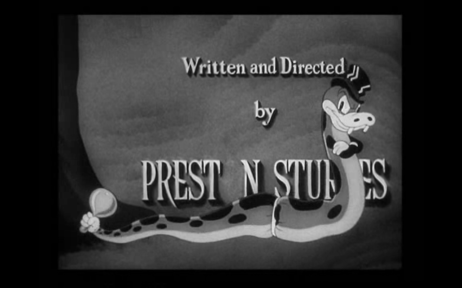 * Giving people a respite from the bad news out of Europe in increasingly ominous 1941: Ball Of Fire (Stanwyck), The Strawberry Blonde, Never Give A Sucker An Even Break, Here Comes Mr. Jordan, The Devil And Miss Jones, Mr. And Mrs. Smith, You Belong To Me (Stanwyck and Fonda),The Bride Came C.O.D., Caught In The Draft, Road To Zanzibar, Andy Hardy’s Private Secretary and Life Begins For Andy Hardy, plus no less than four riots from newly arrived loons Abbott & Costello: Buck Privates, Hold That Ghost, Keep ‘Em Flying and In The Navy. Sturges contributed yet another classic to the lineup with Sullivan’s Travels, but it didn’t see wide release until early in ’42, when laughs were harder to come by.