MAN ON THE MOON, directed by Miloš Forman, released in 1999, took this generally eclectic observer nearly two decades to be able sit still and watch. Por que delay? I never found, still don’t, and confidently project will never find the late, lionized (by some) comic performance artist Andy Kaufman (1949-1984) remotely amusing or endearing. Hitler was funnier–and I don’t mean the Mel Brooks one.  My Andy-allergic stand notwithstanding, how’s the movie?

To be sure, it’s very well done, with superb performances. I think I chuckled maybe four times—over the utter absurdity of a few bits, which is more than I ever did over Kaufman when he originally pulled his stunts. Admittedly, the big gig at Carnegie Hall got a smile, with the Mormon Tabernacle Choir, the Rockettes and Santa Claus, but otherwise the enjoyment factor related to the fine work from the actors. 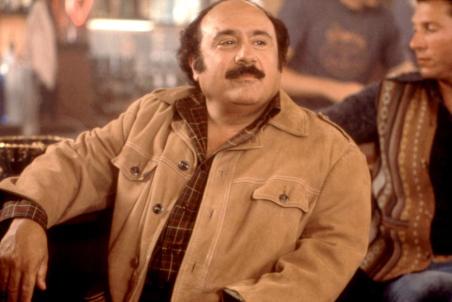 “Andy, you have to look inside and ask this question: who are you trying to entertain – the audience or yourself?”

Plunging into full immersion mode, Jim Carrey carries off a superlative lasso of the unfathomably strange Kaufman, and Danny DeVito has perhaps his best serious role as continually challenged manager George Shapiro. Also proffering excellent work are Courtney Love as Kaufman’s girlfriend Lynne Margulies, Paul Giamatti as buddy/writer/co-conspirator Bob Zmuda/’Tony Clifton’, and pro wrestler/good sport Jerry Lawler, as himself. The supporting cast is peppered with real-life personalities also playing themselves, and in other roles are then-new comics on the way up. A most effective, crucial and overlooked aspect of the production was the eagle-eyed casting of the extras, captured in quick, uncredited bits as assorted audience members reacting to Kaufman’s/Carrey’s re-staged live performances. The fellow listed in charge of said extras casting was one Tony Hobbs, who deserves applause (even if coming decades after the fact from this corner of the couch). Carrey took his submersion into character to such extremes that he got into an actual danger-zone by baiting Lawler into a violent reaction. 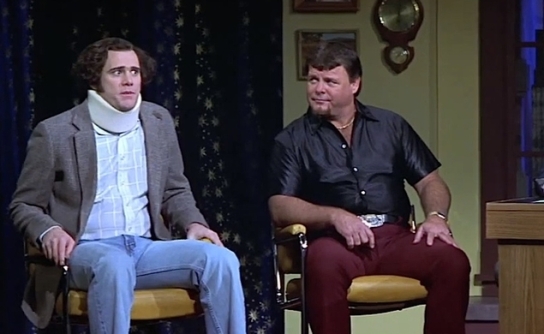 $82,000,000 went into the production, but grosses only came to $47,408,000, as apparently a good percentage of the paying public were as unimpressed and uninterested in Kaufman’s antics and ‘legend’ as yours truly. It lagged at 59th place among the box-office battlers of long-gone 1999. 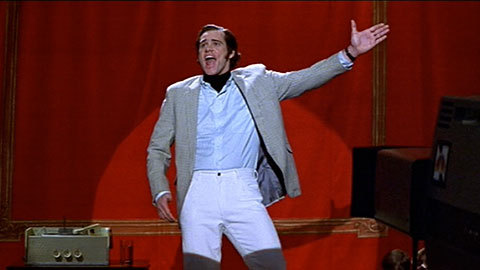 Again, the cast nail it down, but we’ll file this biopic with that bulging basket of well-made movies about Creeps Who Made It Big Because People Will Fall For Anything—Sid and Nancy, Raging Bull, Talk Radio, Cobb, American Sniper, The Social Network, Lenny, MacArthur…. 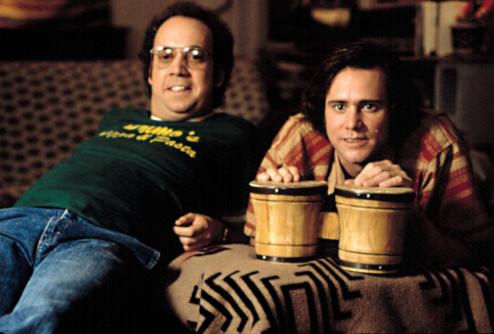 One thought on “Man On The Moon”