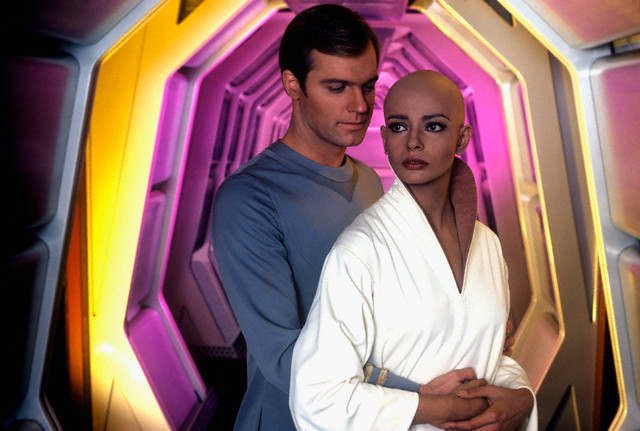 Is that a carbon unit in your tunic or are you just an extreme  “King and I” fan?

STAR TREK: THE MOTION PICTURE —-a vast cloud of energy, some titanic alien force, is headed towards Earth, absorbing everything in its path. Refitting not complete, the starship USS Enterprise is desperately thrown at the incoming problem, its veteran crew called back for battle. Can Jim, Spock, Bones, Scotty, Sulu, Uhura and Chekov best ‘V-ger’? “or are we just” (insert appropriate line from Blazing Saddles) ?

‘Space: Where Everyone Can Hear You Groan’. Director Robert Wise was 65 when he—unwisely as it turned out—took the helm of the iconic spacecraft for its inaugural 1979 big-screen voyage, ten years after the 79th episode docked its TV run. Sixty-five is hardly ancient, but the energy (Wisedom?) that piloted West Side Story, The Haunting, and The Sound Of Music had flagged: contrast this warped-sped 132-minute slug with his spacey The Day The Earth Stood Still and The Andromeda Strain or the salty earthbound mariners of Run Silent,Run Deep and The Sand Pebbles. This is more like the director’s stodgy steering of the gassy flame-out that was The Hindenburg. 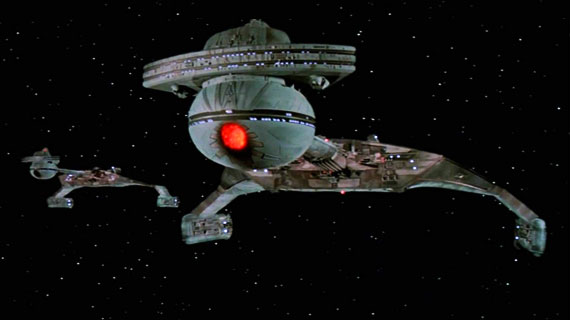 While he caught the flak, it wasn’t all the fault of thoughtful, well-liked and super-experienced Bob Wise. As he said,” The script still wasn’t in any kind of shape, so we had to start rewriting and shooting all at the same time. It was a hell of a way to make a picture.” Series guru Gene Roddenberry was a constant irritant, feuding so much over writer credit, which went to Harold Livingston, that it wrecked his viability in the industry.  The budget zoomed from a gravity-sensible $15,000,000 to an astronomical $35,000,000+, not counting subsidiary costs. Endless trouble with the special effects being constantly revised had tinkering last up until a few days before it premiered.  Reviews were stinging and fans were disappointed, especially in light of the fast-paced thrills and wowing effects of Star Wars and Close Encounters Of The Third Kind. Still, affection, curiosity and hype drew Trekkies and Normals in enough numbers to make the film #6 for the year, grossing $139,000,000 worldwide. Even so, thunder was stolen by another sci-fi epic that year that burst into the next place on the hits list– Alien.

The acting is flabby, the pacing is ponderous, the drama-absent story is woefully unexciting, the costumes are boring; but for a few elements, it’s a Kling-sized bust. The bad guy is…a cloud?  The next mission, three years later, saw Star Trek II: The Wrath of Khan do everything right. *

Three things work: one good, one very good, one brilliantly. The Good is the outer modeling of the ship–several, actually, cool stuff including one sleek 85-pound beaut that was eight feet long. The Very Good is another quite pleasing visual: co-star Persis Khambatta, 30, striking as ‘Ilia’, the ship’s navigator (best-looking bald alien chick in the Burbank quadrant of the Paramount Cluster). The Brilliant is by far the movie’s best attribute, one that carried over and endures: Jerry Goldsmith’s majestic, adventure-promising, uplifting score. It drew one of the movies three Oscar nominations—the others for Art Direction and Visual Effects—and by any measure it should have nicked the trophy, which inexplicably went to Georges Delerue for A Little Romance. Goldsmith’s surging Main Theme has become emblematic of the series and is instantly identifiable. The pulse-quickening ‘Klingon Battle Theme’ used in the opener is another winner. **

* Nimoy thought Wise & Roddenberry “were looking for a Space Odyssey kind of thing, like Kubrick had done. A cold, cool “we’re out here in space and it’s kind of quiet and things move very slowly.” There was a lot of that and a lot of cerebral stuff. There wasn’t enough drama. It just wasn’t a Star Trek movie. We had the Star Trek people, but it didn’t use us as Star Trek characters very well.”  Logical. 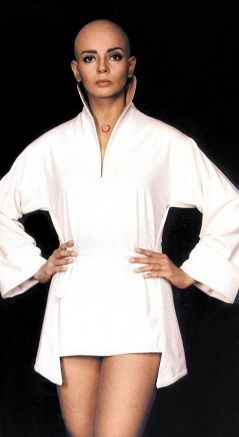 **  “That sucks, Jim!”— ‘Word has it’ (at least ‘Internet word’) that Goldsmith’s soundtrack was seen as a sure-fire lock to win an Academy Award, but by getting into a public fracas over his scoring for Alien, it may be he was peer-punished as a result. One of the greatest of all film composers, nominated 18 times for Oscars, he won just once, in 1976 for The Omen. Though he’d racked plenty of experience with both epics and fantasy films, and had dealt aces with science-fiction in assignments like Planet Of The Apes, the task in scoring this movie was to stack up against John Williams recent other-worldly triumphs and to also re-imagine a new sound for an old series. Previous ‘Outer Space’ scores like Bernard Herrmann’s classic job on The Day The Earth Stood Still or Dimitri Tiomkin’s The Thing From Another World emphasized eeriness. Taking a cue from Williams’ Star Wars, which in turn was influenced by the 1930s pirate-movie gusts from Erich Wolfgang Korngold, Goldsmith saw—or heard/felt, ear to soul as it were—that music suiting space exploration should reflect the Star Trek aura of “the final frontier”; something vast, beckoning adventure and exuberance. Georges Delerue’s work on A Little Romance is a suitable wisp for a cute flick, but giving it an Oscar over Goldsmith’s rousing Trek is rank heresy, one of the great Academy FUBAR’s in their music score category, one with enough black holes to lose Uranus in. Do our sensors detect an article of cosmic outrage on the horizon? 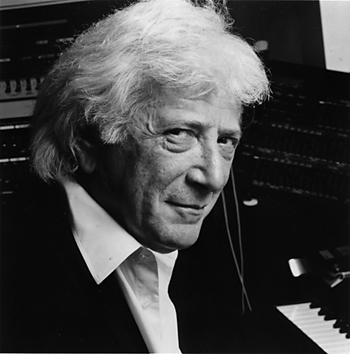