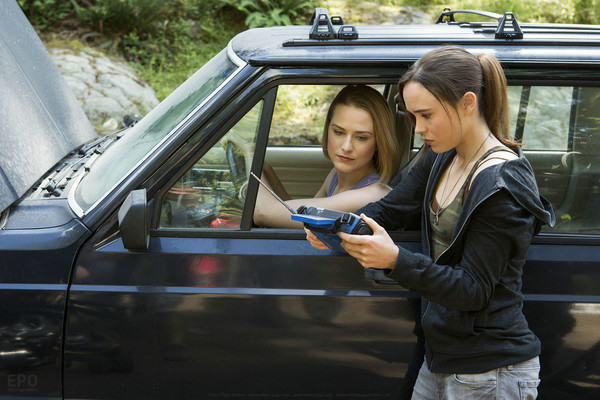 INTO THE FOREST  takes the spectacle thrill out of the Apocalypse genre and brings it down to gut-level episodes of the kind of primal survival lessons that will be faced by families and individuals if—make that when— this happens. By zeroing in on a handful of characters, their dilemmas and solutions, fear and fortitude in the face of calamity, desperation, isolation and trauma, it registers a deep impact that special effects would  likely bury under dazzling but empty fireworks. Beautifully acted by its two leads, beyond being what producer and star Ellen Page calls a “metaphor for grief” it’s also a reaffirmation of the preciousness of spirit, the strength of family bonds, the intimacy of sisterhood, and love’s core responsibility to the future.

Directed & scripted by Patricia Rozema (Grey Gardens), from the well-reviewed 1996 novel by Jean Hegland: the book had it taking place northern California, the movie has it set somewhere in the Pacific Northwest. Filming was done near the Campbell River in British Colombia.

Mother recently deceased, teen-aged sisters ‘Nell’ (Page) and ‘Eva’ (Evan Rachel Wood) live with their father (Callum Keith Rennie) in an isolated home in the woods, some miles from the nearest small town. One night, the power goes out. And stays out… 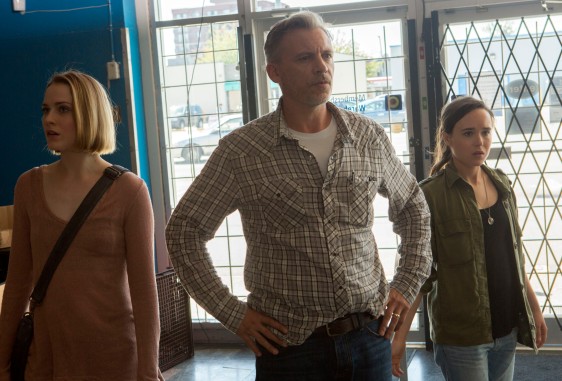 Initially, they have a generator to charge their car and just enough gas to get into the town for some of what’s left of supplies. As the enormity sinks in of what seems apparently at least a continent-wide event (the cause of which they remain literally in the dark about), the trio and their friends and neighbors in town respond and react in sadly predictable human manner to their New Old World. Things devolve, going from inconvenient to dire to a life or death crossroads of existence. Played in the microcosm of the few is a believable and haunting fable for a collective future holding agony and tenacity, connection and fate, revelation and possibility.

Page is 6 1/2 months older than Wood, who plays her older sister. Though the plot assumes they’re teenagers, at the date of release they were 29 and 28, respectively, yet that trivia is moot in light of their superb performances. It’s the best work to date from each. Their finely shaded portraits and the tightly focused telling put this one way ahead of the recent spate of small-scale Game Over flicks that eschew zombies and obliterating cities, items like the okay How I Live Now, the off-putting These Final Hours and the idiotic Goodbye World. 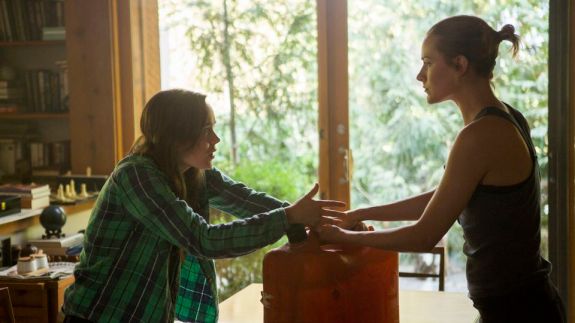 The 2015 film had a paltry release, 25 theaters each in Canada and the States, with a total gross of $37,418. With Max Minghella, Michael Ekland and Wendy Crewson. A sobering, quietly powerful 101 minutes whose unstated warning lingers: most of us aren’t going to make it. 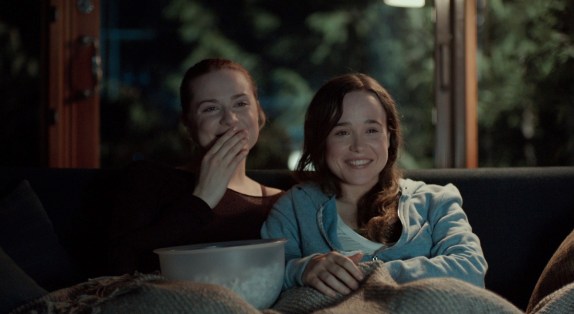 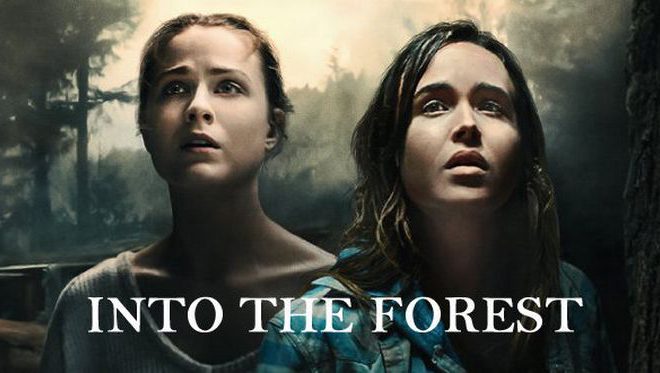