TAE GUK GI: The Brotherhood Of War is a spectacular Korean War epic from South Korea, not—as some reviews indicate—the first time that country made a movie about the tragic 1950-53 war, but this exhausting 2004 combat saga was certainly the biggest, most expensive and successful, both at home and internationally. Long, detailed, extremely bloody, wildly melodramatic, it was directed by Kang Je-gyu, who co-wrote the script. *

A 2003 dig for war remains uncovers painful memories for an old man (Jang Min-ho) who flashback reveals is one of two brothers: they were grabbed from their peaceful life in Seoul and thrust into the army when North Korea invaded the South in June, 1950. The story covers the two (Jang Dong-gun and Won Bin) as they endure battle after battle in years of see-saw fighting, up and down the split and ravaged country. They lose friends, family, home, self-respect and humanity as the merciless nature of the fratricidal civil war, ideological political contest and international face-off (the US and China are in the fray) leaves wounds that last a lifetime. 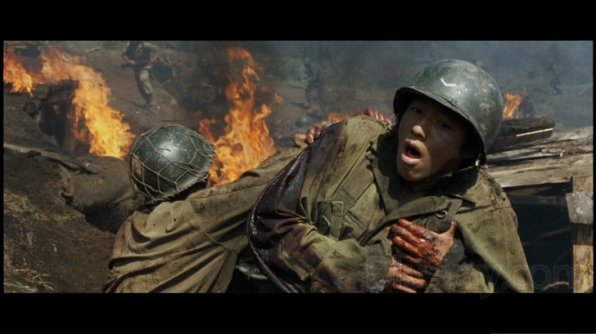 Worries that the $12,800,000 expenditure (huge by South Korean movie biz standards) and the sensitive, disturbing subject might land a major flop were banished when nearly a quarter of the population of South Korea paid to see it in theaters. Worldwide it ended up grossing $69,800,000 (only $1,100,000 in the States, where it had a limited release).

To its credit, the script shows ample cruelty from both sides, and while it certainly doesn’t cut North Korea’s doings any slack, it also doesn’t paint an exactly rosy picture of the South Korean government. The graphic battle scenes are quite well done, and the scale is really impressive (also in showing the refugee mass and devastated cities), with as many as 3,000 extras in some sequences, augmented by CGI and some effective art direction. Korea’s challenging topography and brutal weather factor in. 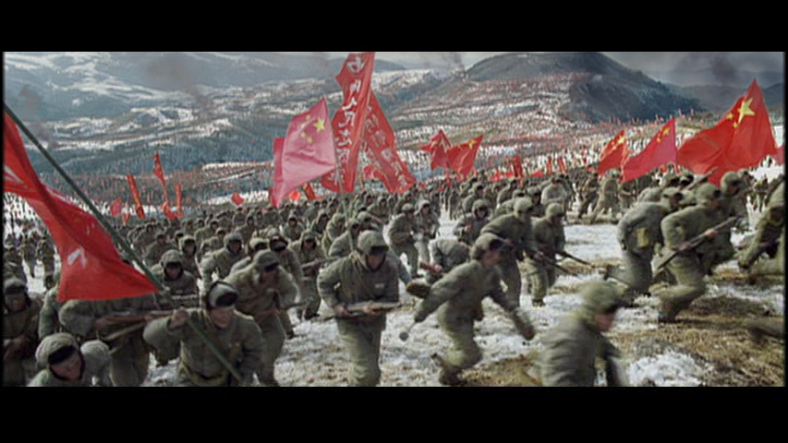 With its sterling production values, massive and continual action and less-rewarding emotional dramatic impact it’s rather like the 1969 Yugoslav national epic, The Battle Of Neretva: something to chalk up for action fanciers and history buffs, a much harder sell to a wide audience. No doubt a quite moving experience in its native land: alas, for most Westerners the subtitles don’t help any to ward off the awkward excesses of over-emoting, too-cloying heart-tugs, abrupt logic gaps and eventually numbing amount of fighting. The music score lays it on. Visually, you’re blown away (and apart, plus incinerated, bludgeoned, stabbed, riddled) but emotionally, despite the hard-working cast, you’re mostly left outside looking in. 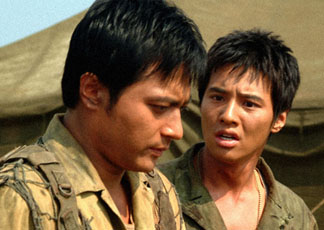 * Sources show at least 9 South Korean-made films set in the conflict that were made before this came out, and at least 8 since. A number were no doubt also produced in China, and a few from North Korea. Britain provided A Hill In Korea in 1956, with a cast stocked with familiar or would-become-so faces including Stephen Boyd, Robert Shaw and Michael Caine (who fought Chinese troops in the war). The US, naturally, churned out the lions share, with nearly 50. Most were mediocre, but notables include Fixed Bayonets!, Retreat, Hell!, The Bridges At Toko-Ri and Pork Chop Hill. As far as I’m concerned, the “beloved” eternally-playing TV series M*A*S*H* can seriously take a long walk off a short pier. The war was an abominably miserable one, with guilt enough for all concerned. 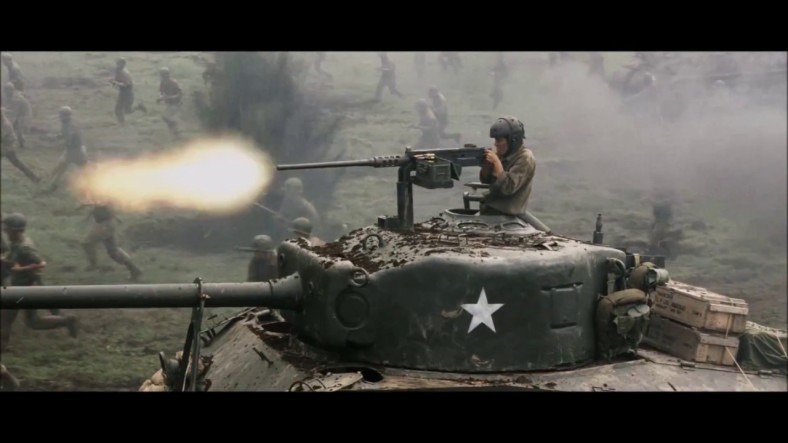 2 thoughts on “Tae Guk Gi: The Brotherhood Of War”