GOING IN STYLE —-I’m old enough to have seen it and sufficiently Senior-Momentic to have forgotten what it may be, but if this 1979 agate isn’t the first movie about elders having a last hurrah, it’s certainly one of the best, thanks not only to the perfect casting but to some savvy written & directed choices to not make it so “cute” it curdles. *

“Crying and pissing in your pants like a 3-month old baby. Well, I guess the whole goddamned cycle is complete now.”

Queens, NY. ‘Joe’ (George Burns), ‘Al’ (Art Carney) and ‘Willie’ (Lee Strasberg) share a frumpy apartment and days of boredom watching the heedless young rush around in vapid, noisy monotony. Joe sizes up what’s left, what’s missing and what’s possible and convinces his pals to join him sticking up a bank. Their clumsy but surprising stunt works, but with euphoria comes a toll.

Written & directed by Martin Brest, its lean 97 minutes are quite amusing, the wry asides deftly funny without being outrageously obvious, and the requisite sad passages likewise done with taste and restraint. Burns was 83–and full of juice–, Strasberg 78 and wary (his scene about his son is aced), while Carney is a relative young’un at 61–he’s also in extra fine fettle. The byplay between Burns and Carney is especially good, and there’s an excellent supporting performance from Charles Hallahan as Burns kindly nephew.

Famed acting coach Strasberg only made 10 film appearances, this his next-to-last (he died in 1982). Carney’s long career saw most of his film work come after winning an Oscar in ’74 for Harry And Tonto–-I actually think he’s better here. Burns had been around forever but his movie career, started in 1932, had been on hold for 35 years before he also copped an Academy Award, supporting The Sunshine Boys and then scored a big hit in Oh,God (aim high), but this charming, touching and low-key item offers his best work. The guy’s timing could not be bettered.

* Per the needless 2017 remake,with the cast seeming as generic as geriatric: Michael Caine, Morgan Freeman and Alan Arkin—one Joe Queenan wrote a killer piece for The Guardian, “‘Contrived, vulgar and stupid’: Going in Style and the rise of the geriatric buddy movie”, in which he flays that nearly always irritating comedy sub-genre. He doesn’t care for this movie, either, which we certainly can’t agree with, but he’s time-on-target that most of these Aren’t-Old-People-Cute-When-They-‘Act-Young’ barfjobs should stay at the Beverly Hills poolside “meetings” where they’re spawned by lazy pups with faux ageism sensitivity and a decided lack of creative grace. One of the sadder things about our disintegrating polity and revenging ecosystem is that the under-40 wadds that dish out this junk likely won’t live long enough to see how these insulting Geezer Wheezers feel to those whose hair may be gray but whose hearts, brains and spirits aren’t made of green cheese. Now, where’s my roller blades? Uh..in the refrigerator?…no…maybe I better call 9-1-1…how do you work this damned thing?…. 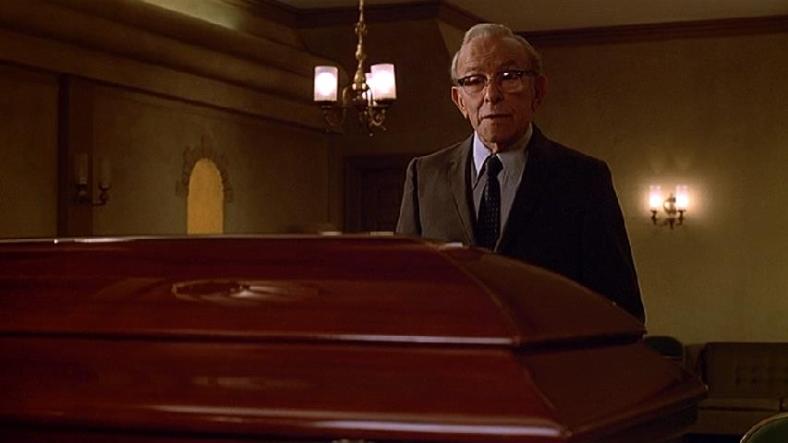