THE FLAME OF NEW ORLEANS  is an amusing trifle from 1941, a saucy period comedy set a hundred years earlier in the title city. Celebrated French director René Clair, an exile from his own occupied country, made the first of his five Hollywood ventures by using Marlene Dietrich, who, after several years of “box office poison”, had recently bounced back into favor with Destry Rides Again and Seven Sinners.

The antebellum days of prosperous, rowdy New Orleans see two besotted swains contesting for the charms of a recent European export,’ Claire Ledoux’, a wily adventuress, supposedly a Countess. A stuffy clod of a banker (Roland Young) and a rascally sea-captain (Bruce Cabot) flail under her spell. Each has their lineup of relatives or cronies who counsel or encourage, while the calculating Claire has her savvy, flirtatious maid-in-arms (Theresa Harris) to help keep her stories straight. Will pesky Love win over trusty Money?

Written by Norman Krasna, there’s a fair number of snorts and smiles to sail over a breezy 79 minutes. The history-checkered heroine resorts to impersonating a lookalike ‘cousin’ to keep one charade from revealing another, which allows the leading lady to kid the Dietrich image by playing both a parlor sophisticate and a tavern scamp. Cabot, 37, snags one of his rare leads, and handles the whole roguish charm bit fairly well.  Young, best known for his three ‘Topper’ roles, is properly fuddy.

Adroitly photographed by Rudolph Maté, the decently mounted production garnered an Oscar nomination for Art Direction. Sources indicate budget-conscious Universal plopped $2,000,000 into it, but it was ranked a major flop when it came in 140th place for the year with a gross of just $1,300,000. *

* Clair’s other American outings performed better with both fans and critics: I Married A Witch, Forever And A Day, It Happened Tomorrow, And Then There Were None. After the last one, the war over, he went back to France.  Dietrich, 39, stayed in the game with items like The Spoilers, her second of three romps with John Wayne, with whom she had a not-terribly discreet 3-year affair. She was less than enamored with former King Kong nemesis and future Duke drinking mate Bruce Cabot, remarking that he was “an awfully stupid actor” and supposedly even paid for acting lessons for the bruiser. Cabot went to war (Army intelligence officer), and later made 11 pictures with Wayne. 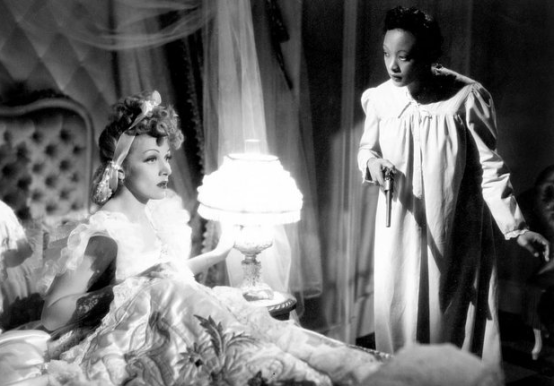 The fetching and bright Theresa Harris, 35, gets to shine in The Flame Of New Orleans, in a decent and important supporting role for a change. Nicknamed “The Beautiful Maid”, too often uncredited, or mostly just un-cast, thanks to the racial prejudice of the day, she was quoted: “I never had the chance to rise about the role of maid in Hollywood movies. My color was against me anyway you looked at it. The fact that I was not “hot” stamped me either as uppity or relegated me to the eternal role of stooge or servant.  My ambition is to be an actress. Hollywood had no parts for me.”

I was struck enough by Harris in this little comedy to investigate, and found that I’d seen no less than 14 of her 99 appearances, never knowing her name until now. African-American playwright Lynn Notage wrote the stage production “By The Way, Meet Vera Stark”, off her own discovery of Theresa Harris. A quote from Notage: “As an actress, she was progressive… …She was asserting her presence in the films. I wouldn’t argue that it’s entirely directors. I would argue that there’s something this woman did that was unique — that demanded directors pay attention.”  Theresa Harris:1906-1985 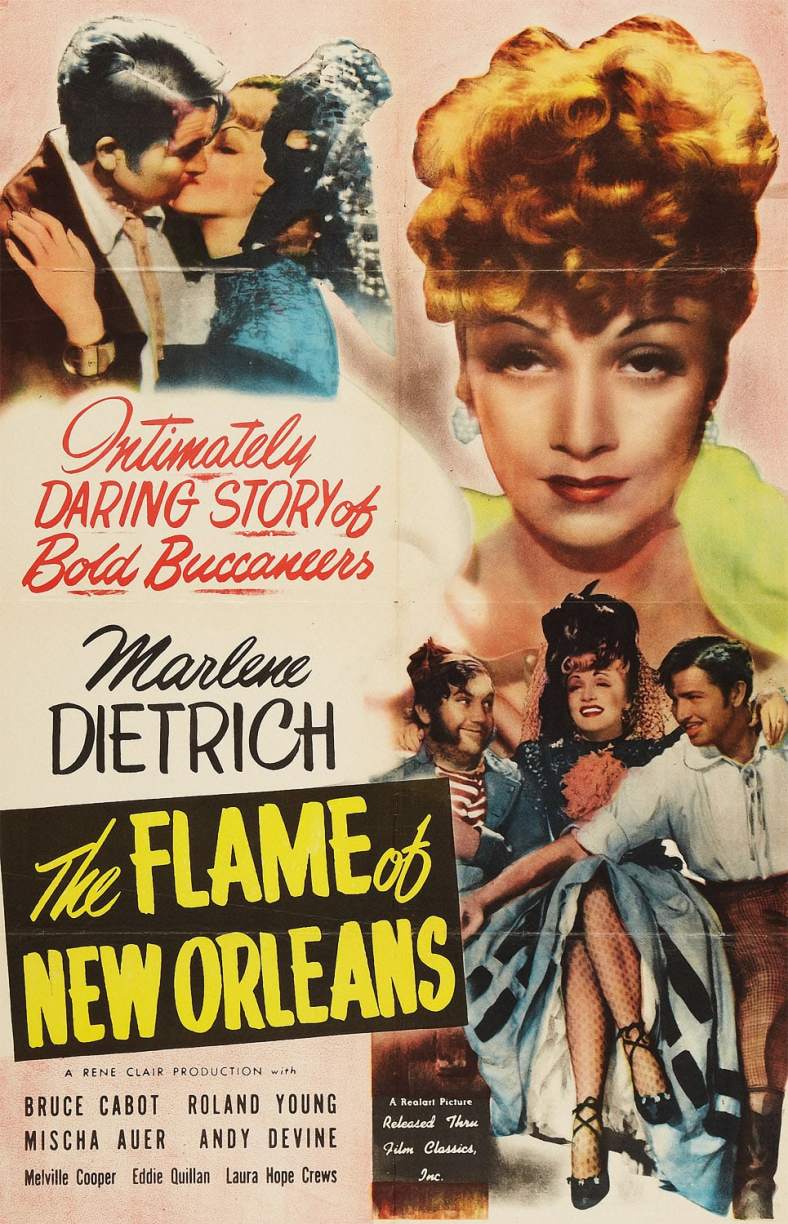