STAND AND DELIVER  did both in 1988, standing as a tribute to teachers by saluting one in particular, and delivering an Academy Award nomination for Best Actor to Edward James Olmos.

“You’re like a blind man in a dark room looking for a black cat that isn’t there!” 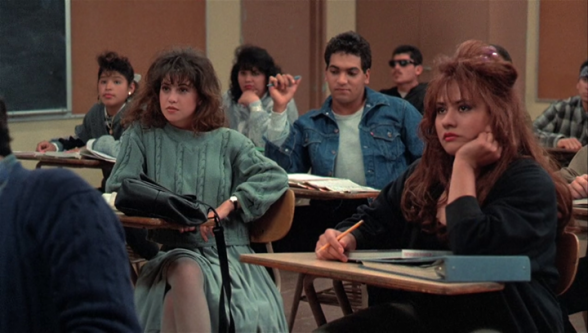 Coming to the US from Bolivia, Jaime Escalante (1930-2010) began teaching mathematics to high school students in 1974 (he’d taught for a dozen years in his native country), and achieved a miraculous turnaround with his initially skeptical faculty and unruly teenagers at Garfield High School in East Los Angeles. The rest became California Teacher History…

…which the likable film naturally simplifies and condenses for storyline convenience, and for dramatic effect turns an episode with an inflamed gall-bladder into a heart attack—Olmos’ interpretation of a coronary is one of the most scarily convincing in movie history… 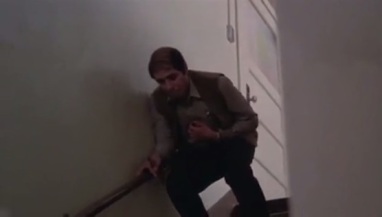 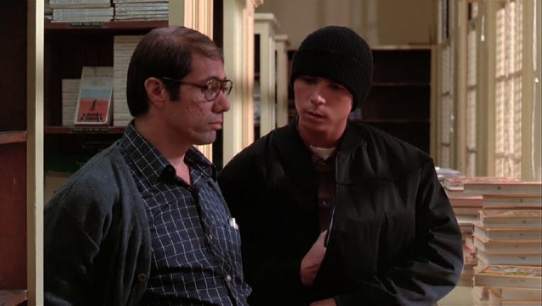 …but, while rather hokey and obvious, it’s a can’t-lose win-win kind of flick, and the success score figures that marked Escalante’s valiant efforts don’t lie. Olmos is excellent, inhabiting a sort of laid-back energy as the calm, quippy and determined educator. Lou Diamond Phillips followed up on his breakthrough La Bamba with a good part as one of the more troublesome young learners (he’s 26, but still youthful-looking enough to pull off 17).

Directed by Ramón Menéndez, written by Menéndez  & Tom Musca, it was a low-budget production ($1,600,000) that, like its classroom of striving students, had math working for it, multiplying receipts to the sum of a cool $13,900,000. 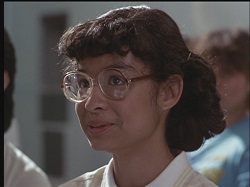 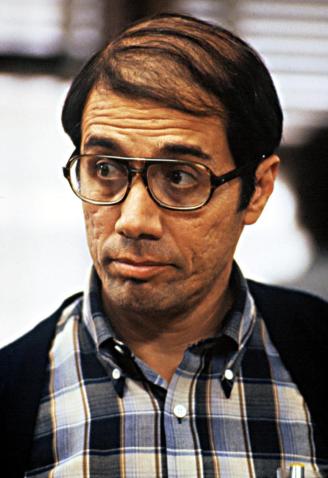 4 thoughts on “Stand And Deliver”