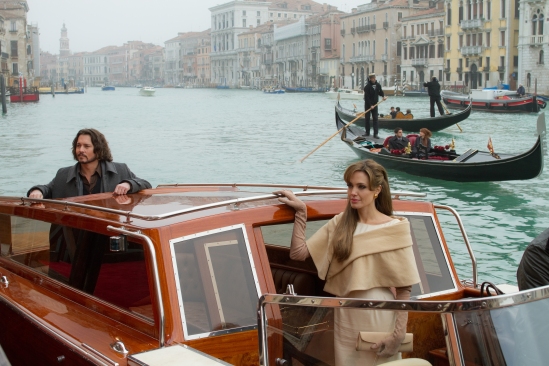 THE TOURIST—–crushing 2010 dud showcases the glory of Venice and the beauty of Angelina Jolie, but as a comedy-thriller it doesn’t even sputter, and Johnny Depp, trying his best to look grungy, has so little spark with his co-star he may as well have sent in a collection of stills they could have stood next to her. 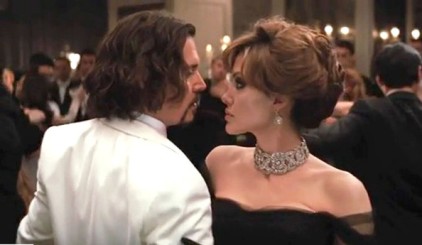 An appalling $100,000,000 was used on this: it hurts to think of what could have been done with that. A hundred decent indies? Co-written and directed by Florian Henckel von Donnersmarck, who had helmed the marvelous The Lives Of Others, but he didn’t just drop the ball here, he dropped one that already had a lead weight on it.  A troubled production history set the stage, with two directors (Lasse Halstrom and Bharat Nalluri) leaving the project before von Donnersmarck came aboard. Then, word has it, overwhelmed by star power, he quit, too, before returning and hastily rewriting the script (five others had worked on it beforehand). It all dragged on for 11 months. Laughless.

103 minutes, with Timothy Dalton, Paul Bettany (working hard), Steven Berkoff and Rufus Sewell. It grossed $278,300,000 on the strength of the star duo alone, but Venice continues to sink. The movie is great to look at, too dull to make fun of. 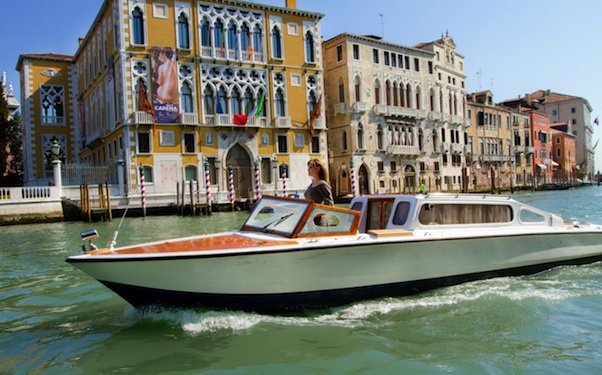