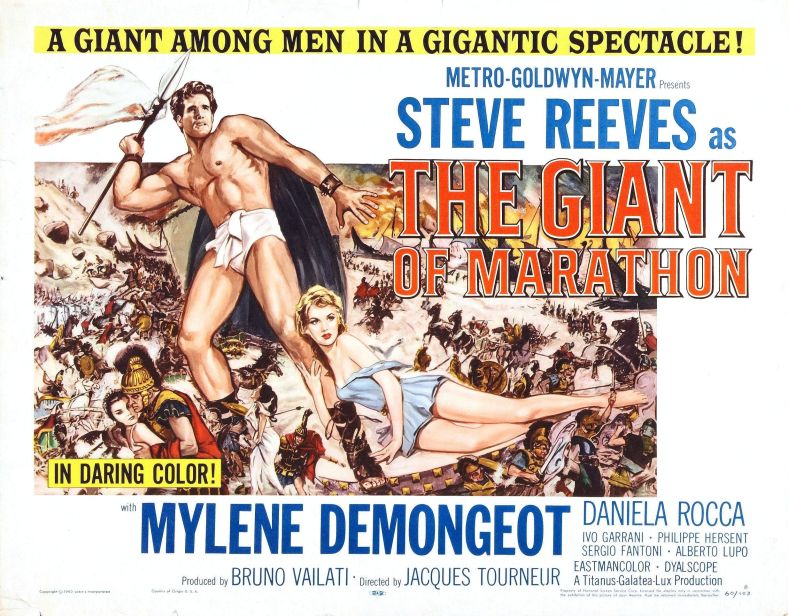 THE GIANT OF MARATHON—-Steve Reeves sword & sandal silliness from 1959, 92 minutes worth of camp value for its basic goofiness and vivid gore, noted for being co-directed by two guys with some talent: Jacques Tourneur and Mario Bava.  It was a moderate hit, earning $3,900,000, as former Mr. Universe Reeves was hot stuff from his first two outings as Hercules. Here he plays Philippides, who allegedly inspired the Olympic Games with his running prowess. The Games aren’t the concern of the story, which has the studly specimen leading the fight against Persian King Darius in 490 B.C.

With Myléne Demongeot (as Andromeda), Sergio Fantoni (Von Ryan’s Express) and Daniela Rocca. The plot complicates things with Philippides falling for Andromeda (who was mythical, if you’re awake at this point), betrothed to bad guy Fantoni.**

That these sort of toga tomatoes could inspire loyalty for their absurdity, manly muscles, heaving bosoms and mayhem I must defer to a quote from a fan writing into the Internet Movie Data Base with the enthusiastic comment “Great underwater carnage!”  Indeed, as the their is an unusual amount of blood-letting in this chestnut, with guys being speared and arrow-punctured underwater in the wild climactic battle scene. There’s another melee that involves the era’s standard painful horse-falls, still being used in Europe after being banned in the States.  Mario Bava was the cinematographer but was doing so well at it that director Tourneur (Cat People, Out Of The Past, Curse Of The Demon), not caring much for this project (go figure), already sharing directorial duty cr with producer Bruno Vailati, gave Bava reins. This then led to the talented Bava getting the chance to helm Black Sunday, and he was off on his career as a fully credited director. Anyway, the Greeks defeated the Persians, at least until the rematch a decade later. * 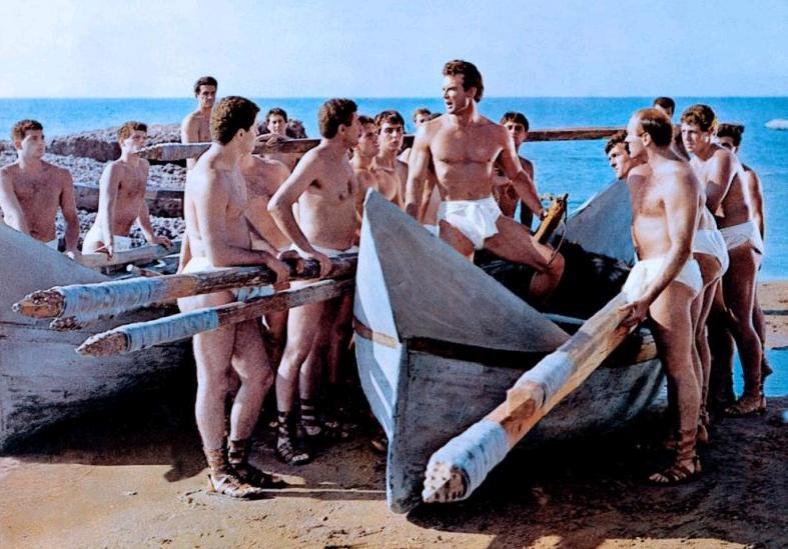 By Zeus, what ever will we use for oars?

* At 33, Steve Reeves was a busy hunk in 1959; besides this epic he starred in Hercules Unchained (a must!), The Last Days Of Pompeii, Goliath And The Barbarians and The White Warrior.   If Philippides (or Pheidippides if you hiss-insist on accuracy) had waited ten years until 480 B.C. he could have helped Richard Egan and The 300 Spartans in Greece v. Persia, Round 2 at Thermopylae, littering the pass with hacked-down Persian underlings of Darius’ nasty son Xerxes. History, the kind that was word-of-mouth passed around 25 centuries ago, indicates Phil collapsed after sprinting a gyros worth of miles to Athens, informing them of their victory over Darius at Marathon (thus the race situation).

Co-star Daniela Rocca’s career highlight came two years later, with Marcello Mastroianni in Divorce Italian Style. Then she suffered a breakdown, attempted suicide, was declared insane, and committed to an institution. Film life short-circuited, she later managed to write four books before dying in obscurity in an old folks home, in 1995, just 57. 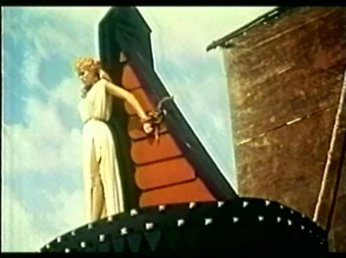 On a happier note are fun quotes from French beauty Demongeot: “Having been bound once to the prow of a ship in Cinecitta for one of the gladiator movies (this one) I made there, I could only hear the director instructing me in a megaphone: “Be sexy! Be sexy!” Whatever that meant!”

“Never would I have agreed to appear in “Sword and Sandals” films if the Italian producers had not immediately agreed to pay me twice the fee I was usually offered. I simply did not have the moral strength to refuse such an amount of money.”