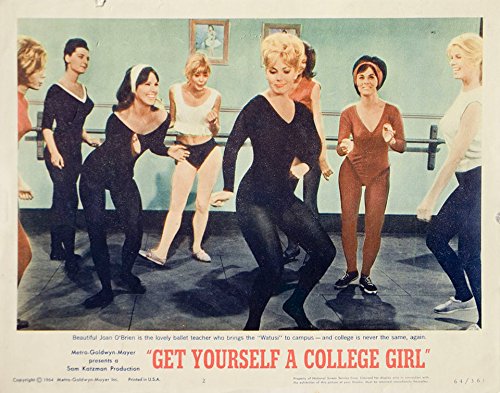 GET YOURSELF A COLLEGE GIRL—-legendary hustler/producer Sam Katzman cribbed together some fresh kids, new-scene rockers and a little suggestive sex tease: the result was this 1964 dorkout, best viewed as a window on how weird it was when the Old met the New.  Working hard to keep you watching for 87 minutes are Mary Ann Mobley, Chad Everett, Joan O’Brien, Chris Noel (knockout alert), Nancy Sinatra, Stan Getz, Willard Waterman, The Dave Clark Five, The Animals, The Standells, Donnie Brooks.  Astrud Gilberto sings “Girl From Ipanema”.

Best way to deal with this is to sit through the preview clip when it’s on You Tube. Scored around $2,000,000 from the young & curious.  Lot’s of wild dancing. Director was Sidney Miller. 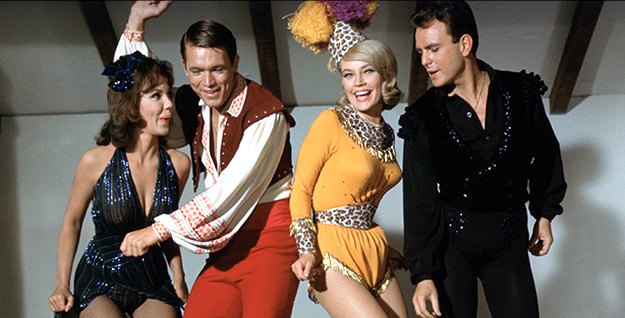