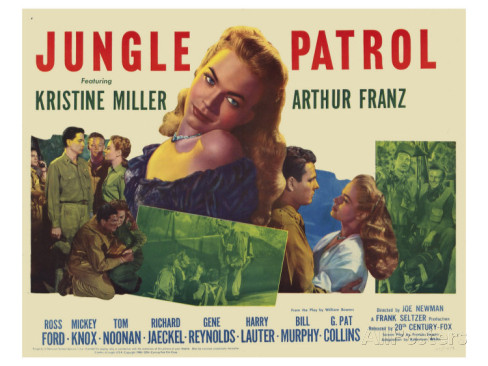 JUNGLE PATROL—-earnest but skimpy $125,000 WW2 flick was a non-event in 1948, and will provide no stampede for best seat in the house today.  Directed by Joseph M. Newman, it consumes only 71 minutes, but wouldn’t you rather they were added to your life than subtracted?   At a New Guinea jungle airbase, fliers are entertained and entranced by visiting USO gal (Kristine Miller).  They should pay more attention to the visiting Japanese.  With Arthur Franz (debut), Tommy Noonan, Gene Reynolds, Richard Jaeckel, Harry Lauter and Mickey Knox. 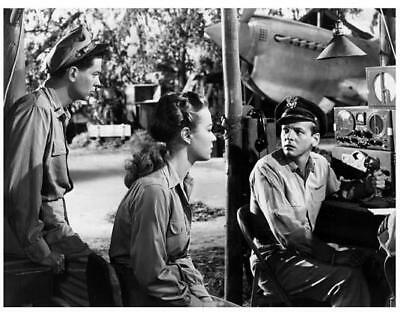 Pretty Kristine Miller never really took off, but her off-screen story is interesting if you invest a few minutes on the Internet.  Arthur Franz rode into Hollywood at 28, after WW2 service that included being shot down over Romania and made a POW. He escaped!  Right on, Art!  His 34-year career went on to tally 151 credits.  Co-star Mickey Knox was blacklisted, moved to Europe and made a living by adapting some 150 French and Italian flicks into English.  He did the adaptations into English of The Good, The Bad And The Ugly and Once Upon A Time In The West and later wrote a memoir “The Good, the Bad and the Dolce Vita: The Adventures of an Actor in Hollywood, Paris and Rome“, which I’m willing to bet is a lot more interesting than this beater called Jungle Patrol. 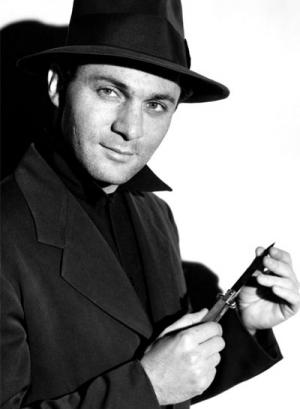