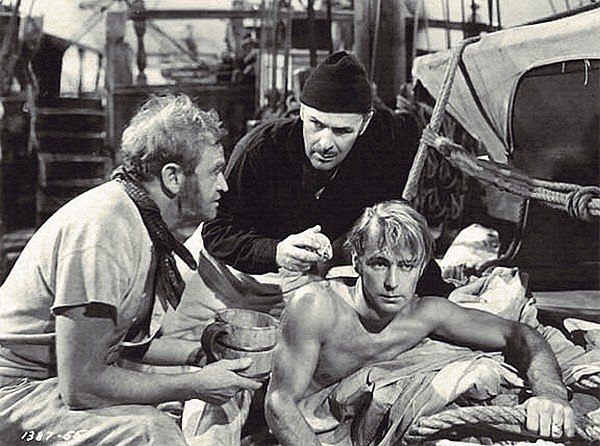 TWO YEARS BEFORE THE MAST —-the adaptation of Richard Henry Dana’s classic, influential 1840 memoir of the rough life of a merchant mariner benefits from a solid cast, effective cinematography and a director who knew his way around things nautical. It suffers from being dark, downbeat and setbound, with a needless, unconvincing tacked-on romance and an abrupt anticlimactic wrap up. Filmed in 1944, release was delayed until two years later in order to max value star Alan Ladd’s popularity. It became the 10th most popular picture of 1946.

Shanghaied aboard a brig in 1834, even though his father owns the ship, a disdainful spendthrift dandy (Ladd) learns how common seamen are treated, the hard way, courtesy the unremitting brutality dished out by the captain (Howard Da Silva) and his First Mate (William Bendix). Along with vicious abuse from the officers, vile slop for food and wild storms going around the Horn, he has to prove himself among the hardened crewmen. Brian Donlevy plays Richard Dana, secretly compiling a log about the trip. Also on deck, Barry Fitzgerald and Albert Dekker. Hard-boiled taskmaster John Farrow directed. * 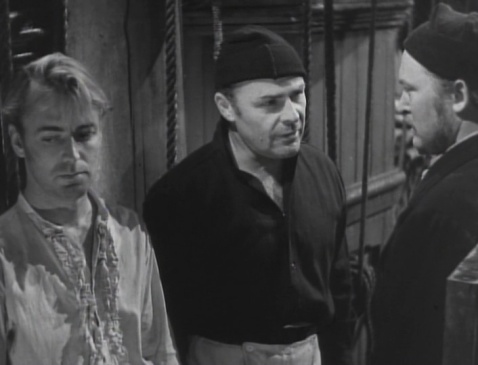 The ensemble actors are all very good, framed in Ernest Laszlo’s camerawork, and the art directors mockups of the ships confines are not bad, Laszlos’s lighting helping considerably.  Along with nudging his actors to underplay their misery or malice–and make it more real, the salt-tested Farrow makes sure there is well-managed rocking motion to suggest the constant movement on the waves. Paramount spent $2,000,000 on the picture, but obvious wartime restrictions precluded using real vessels, so stock footage from 1937s Souls at Sea and obvious models are also employed; the blend doesn’t come off all that well. Since Dana’s groundbreaking exposé about the hazards of being anything less than a captain on a ship set in stone truths that became clichés, the gripes, taunts and floggings are familiar, unsurprising stuff, though it doubtless played with more jolt originally. 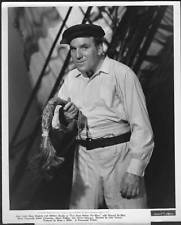 The script drops an anchor that drags by inserting a lady passenger to keep females in the audience patient with the manly nastiness, an aristocratic senorita bound for California, played by Mexican actress Esther Fernández. Popular in Mexican films, this was her only Hollywood appearance, shoehorned to give Ladd someone to fall for. It comes off phony. The courtroom finale is pat, rushed and without vigor: after all the detailed grief of the crew’s trip, the bim-bam-done conclusion takes wind out of the sails. ** 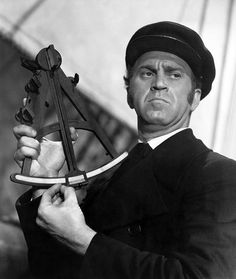 * Donlevy, Bendix and Dekker had backbone-strong roles in director Farrow’s big hit Wake Island, and Ladd worked with him a half-dozen times. On Tarzan Escapes Farrow fell for ‘Jane’ (Maureen O’Sullivan); they begat not a ‘Boy’, but a Mia. He had extensive experience as a sailor and later in the Canadian Navy during WW2. He wrote novels, poetry, and several biographies. Screenwriting, he logged 30 credits (including Around The World In 80 Days), for directing he claimed 50, among them Hondo. 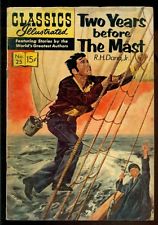 ** Before Melville & “Moby Dick”, there was Richard Henry Dana. He was 19 when he stepped aboard a two-masted brig, the aptly named Pilgrim (actor Donlevy, yet another adventurous character, was 44). Inflamed corneas from measles stalled his studies at Harvard so the sophisticated Brahmin sought a “cure, if possible, by an entire change of life.” Son of a poet, grandson of a chief justice of the Massachusetts Supreme Court, great-grandson of one of the original Sons of Liberty, he spent two years at sea. ‘Educated”, he went back to school, becoming a maritime lawyer and advocate for sailors. He also defended fugitive slaves and their rescuers. “Two Years Before The Mast” sold 200,000 copies in its first decade, but Dana turned down a 10 percent royalty deal for a flat $250 ($7,000 today), and 24 free copies. 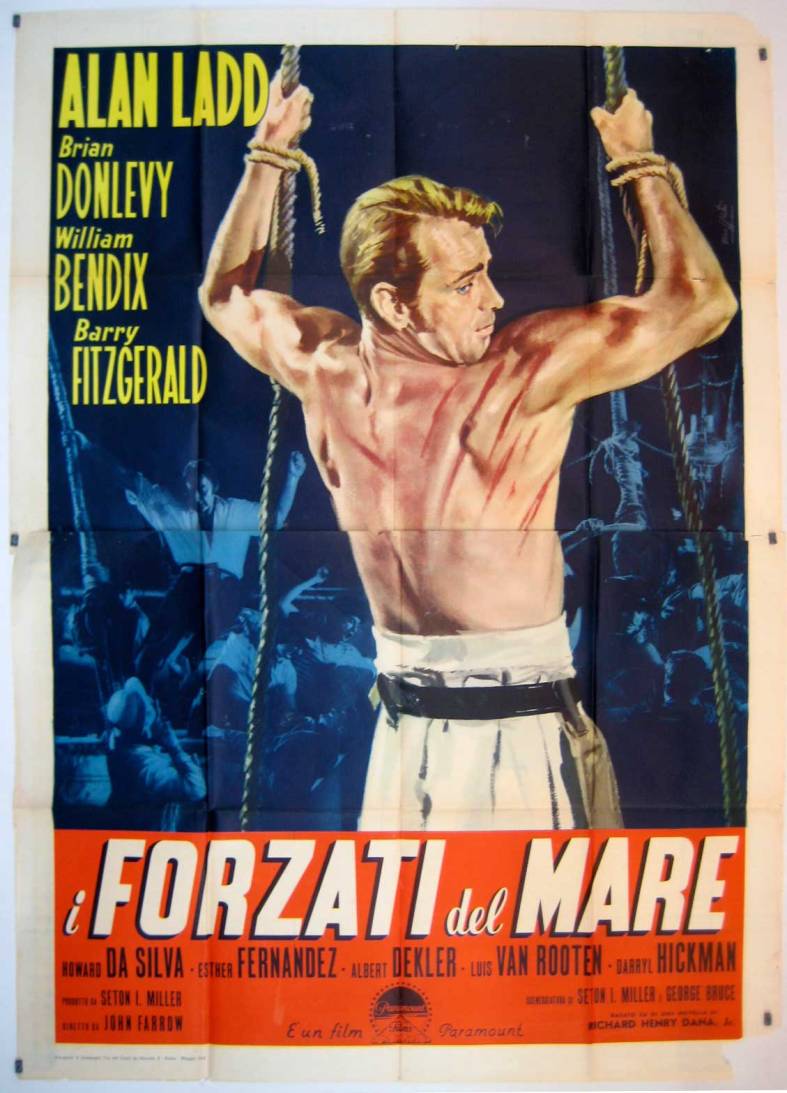