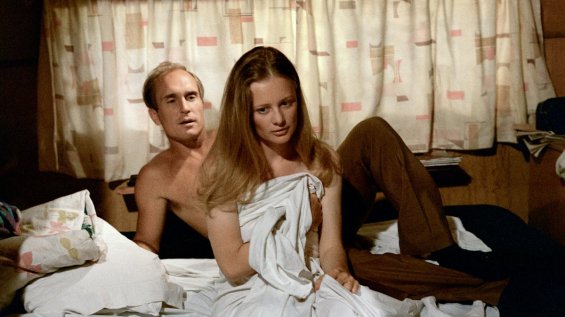 THE RAIN PEOPLE—-1969 drama with some residual interest for having been written & directed by Francis Ford Coppola and for its theme, that of a working woman making a bid for self-discovery, fleeing from her soulless marriage, hitting the road.

Finding-yourself dramas, especially those centered on women, are common enough today, but not so back in ’69 and this rates a nod for dealing with the subject matter ahead of its time.  Fine, now will you enjoy it?  Photographed and edited like an art-house project, overacted by Shirley Knight, the writing and direction feel pretentious.

On the road, the identity-stricken lady meets a football player with brain damage and a motorcycle cop who relates his pain from his issues with women through being abusive. Robert Duvall is good as the cop, but the script’s conception of the guy is shallow, and the character is too unpleasant to be around. James Caan, as the footballer, does a pretty good job convincing you he’s been tackled too often.

Coppola made it for $750,000: it grossed $1,500,000, coming in 83rd place for the year. Roger Ebert liked it, other reviewers at the time were not so kind. I’ll pass. There were a VW busload of small-scale personal dramas in shackle-breaking ’69: besides the obvious candidates for mentioning like Midnight Cowboy and Easy Rider, the year was flush with lonely people finding their place or making one uncomfortable for others in Last Summer, Lola, That Cold Day In The Park, The Sterile Cuckoo, Chastity, The Grasshopper, John and Mary… 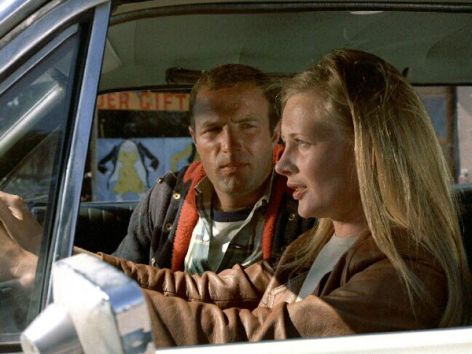