BOARDING GATE is not something you will need a boarding pass to get through: just don’t bother booking the 106-minutes that don’t fly by on this 2007 flight-to-Eurotrash nowhere. A would-be thriller written & directed by Olivier Assayas, it fails in rather important areas, with terrible, droning stretches of empty, faux-meaningful dialogue, logic crevasses, ugly characters, uglier behavior and a visual palette imprinted on the camera work that is like staring at a salt flat with a hangover. 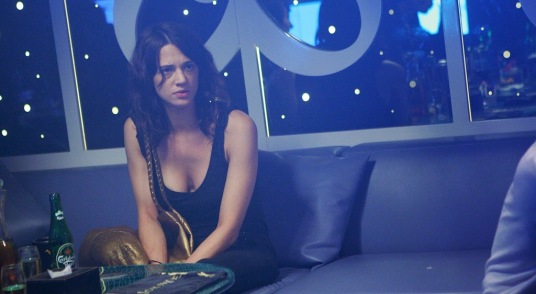 Sullen S&M rent-a-slut ‘Sandra’ (Argento) is done being pimped by her shady businessman ex (Michael Madsen, bottom feeding off this insipid crud–I guess they couldn’t get Tom Sizemore).  She flees Paris after one of their mutually humiliating trysts crosses a bridge too sour. Arriving in Hong Kong, her hope for a new identity, owning a club in Beijing (she wants to breathe fresh in Beijing?) with her other slimy boyfriend (played with the animation of a Scrabble tile by Carl Ng), who doesn’t care if his wife (pretty Taiwanese model-actress Kelly Lin, wasted) finds out, is scrambled into a prolonged seizure & escape chase story.  That goes from conventionally muddled to simply intelligence-insulting.  No one cares much about anyone, and none of them raise an iota of empathy from a viewer. If the ‘Sandra’ conjured by writer-director Assaya and his nervy actress was just a troubled hooker with some taste bud irregularities she might engender some involvement, but since her character—and all the rest—are heroin traffickers as well as gibberish-spouting mannequins it handcuffs the sympathy.

The desaturated-to-a-glare filming in Paris and Hong Kong show those can’t-lose locations to the least advantage. The scoring (?) and action scenes might as well have been arranged by someone on the catering crew.

Interested in all kinds of movies, I not only venture to blab about them: I also read reviews like a normal person. When “Rotten Tomatoes” ‘audience score’ gave this a 19% rating, I should have hedged a bet, but curiosity about the cult-star fanboy panting over Argento (32 here) led me down the shed-clothes-show-me garden path. I’m only human, and a Guy type; my main, pitiful excuse. All I can say about her scorched-worth manner (in this film, anyway) is that she reminds me of someone I’d rather forget. She’s bold, give her that.

Critics were not impressed. The film cost $2,800,000. In the US, it grossed a tad over $49,000 (no typo, forty-nine thousand). With Alex Descas, Joana Preiss and Kim Gordon–from the rock band Sonic Youth: best stick to music. 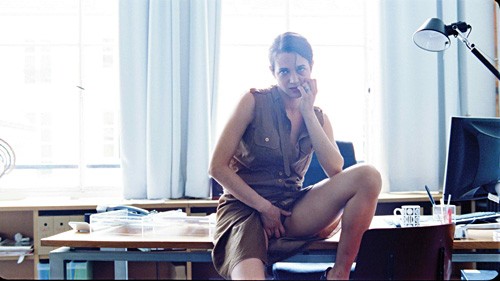