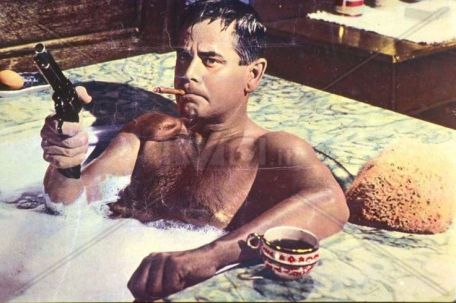 COWBOY corrals a Jim-dandy rediscovery for western fans and as a clear-eyed ode to a bygone breed, the lyrical 1958 charmer is a fresh take on a timeworn staple.  Rates an emphatic thumbs up, with enough drama, humor, action, sentiment and style to please even those who might not ordinarily go for the genre.

Say “a western directed by” and everyone registers John Ford, Sam Peckinpah and  Anthony Mann: a new breed of observant reviewers are catching on to someone genre enthusiasts are happy to vouch for, Delmer Daves, who steered nine solid entries, including several near-classics. *

Here, Daves works for the third time with Glenn Ford, in an adaptation of Frank Harris’ 1930 memoir “My Reminiscences as a Cowboy”.  The pursuit of a senorita he’s besotted with has Chicago hotel clerk and city dude Harris (Jack Lemmon) quit his job after wangling a place on a trail drive to Mexico that lusty honcho ‘Tom Reese’ (Ford) is heading up. Introduction to the casual violence and endless work of life on the range punches a few bruising holes in Harris’ naiveté and makes some marked changes in his personality. ** 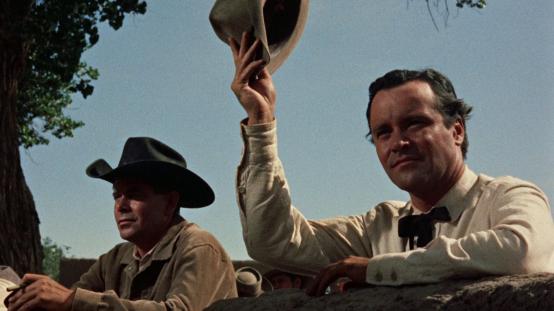 Heartfelt direction from Daves, beautiful cinematography from Charles Lawton, Jr. and an evocative Copland-feel music score from George Duning mesh like a well-oiled Winchester in helping a choice cast create a batch of memorable incidents, very well written by Dalton Trumbo. Still blacklisted at the time, Trumbo had to rely on Edmund H. North (The Day The Earth Stood Still, Patton) to take credit as a front. 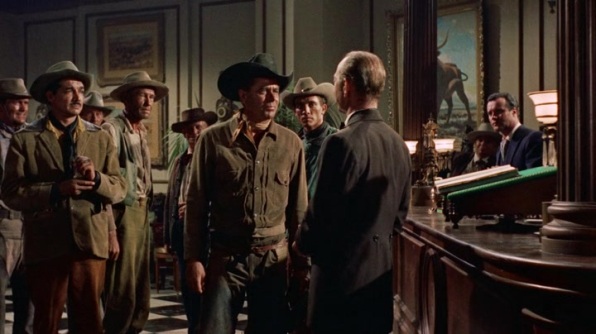 It’s somewhat of a job to adjust to Jack Lemmon in western duds, even if he is playing a tenderfoot, but he makes a decent go of it. Ford, easily in his element, is great as the trail boss, a tough, savvy, complicated authority figure, streaks of good will and bad temper blended by the scripting and performer into a very credible essay of old-fashioned hard-bitten common sense. Daves gives him a classic scene in a bathtub at the fancy Chicago hotel, lounging in the suds, drinking whiskey while calmly blasting cockroaches off the wall with his .45. He also sits a horse as well as any actor ever did: it’s a pleasure just to watch him ride. 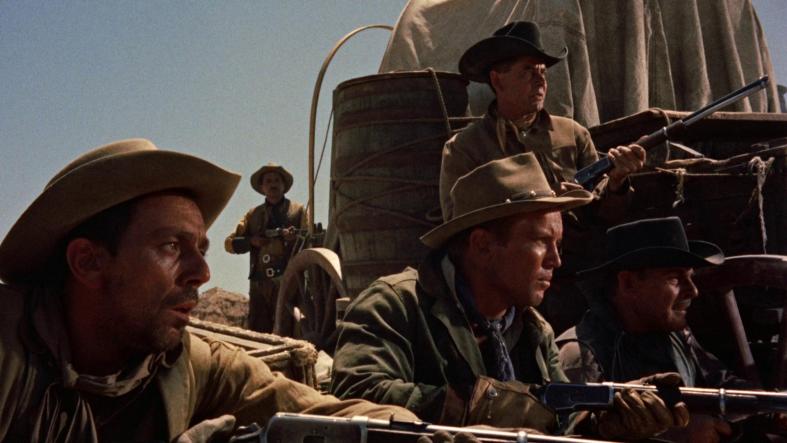 The beautiful Anna Kashfi plays the out-of-his-pay-grade gal Harris impetuously woos, and veteran Brian Donlevy has some wry moments as a regretful ex-lawman. Trumbo’s thoughtful, trenchant script and Daves rugged but deft guidance let each member of the supporting cast etch well-delineated characterizations. Unbilled,a young Strother Martin is the surprise victim of a dangerously silly prank with a rattlesnake. 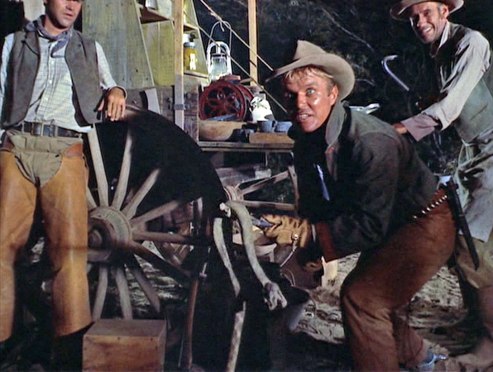 The vignettes of tension and action smartly turn tables on expectations by being  presented and resolved in inventive and surprising ways: the confrontations and fights end up, as they often do in real life, not quite the way you think or hope they will. Stunt doubles do some really hairy business here with wild horses and cattle, notably in one crazy sequence involving a game at a fiesta that has guys trying to pin a garland onto the horns of an angry bull. Ford and Lemmon to their credit do a fair amount of “no thanks” mixing it up among a sea of horns—the scene in the cattle-packed railcar at night, with the two actors quite obviously wading into the jostling critters looks absurdly risky. 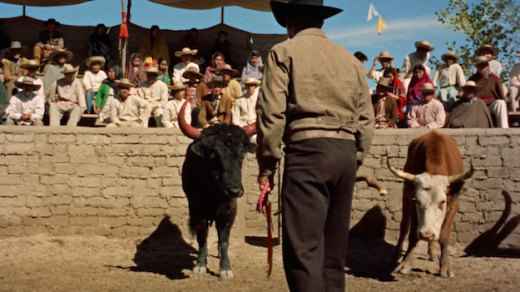 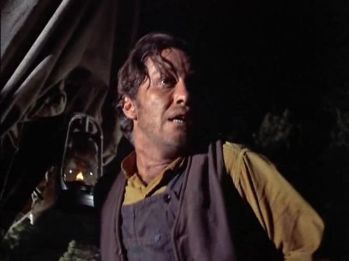 * Besides Cowboy, Daves directed Broken Arrow, Return Of The Texan, 3:10 To Yuma, The Badlanders and The Hanging Tree, wrote White Feather and both wrote & directed Drum Beat, Jubal, and The Last Wagon. 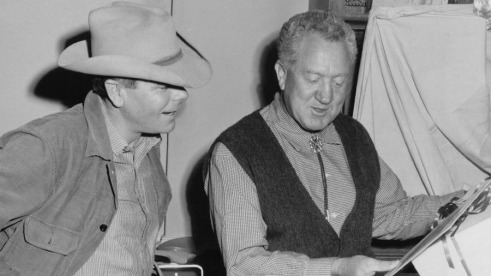 ** The notorious rogue Frank Harris (1855-1931) was an editor, novelist, journalist and publisher, friend of Oscar Wilde and George Bernard Shaw. A tall-tale spinner, he was  prone to exaggeration. A renowned lecher, here’s a guy who had Lloyd’s Of London insure for $150,000 the card file he’d accumulated of over 2,000 women he’d supposedly seduced. His most famous work was the scandalous “My Life And Loves”, 4 volumes of graphic sexcapades that alternately aroused and shocked the avid and the outraged. Both the United States and Britain banned this for 40 years. I remember finding a copy of the 1963 omnibus edition (1,070 pages worth) that an uncle had lying around. I was maybe 12 and found it endlessly, um.. ‘instructive’.  A quote from the bounder: “Casanova! My dear man, Casanova is not worthy to untie my bootstrings.”  Frank’s frank adventures might go better with a large pinch of salts (or dose, if profligacy upsets you) but his cowhand memoir at least provided basic material for Daves & Trumbo to make from it a gem of a western. 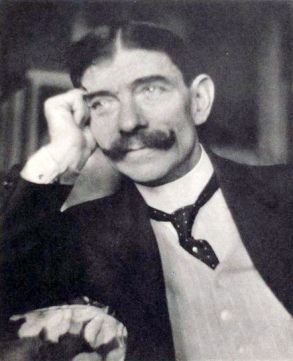