BLACK SUNDAY  begins in Moldavia in 1630, so right of the crypt you know you’re in deep curse-do, especially after a witch about to be burned at the stake issues one.  As if to make sure his descendants pay, the Inquisitor (her brother: some family) has already had her branded with an S (Satan) and then has a metal mask, with three-inch spikes on the inside, hammered into her face. (Of course, she’s hot as well as haughty, otherwise what’s the point of all the extra torture?) Diabolical all round, and the one-size-fits-all-regardless headgear gave the Italian-made 1960 classic its original title The Mask Of Satan. Banned in Britain for its nastiness, in the States it was suitably trimmed of its ick, and the revised title stuck (like the mask); the curse lived on.

So did the brazenly unleashed career of wildly imaginative (see:disturbed) director Mario Bava (he also did the sterling cinematography), who earned his first solo directorial credit with this, which drew censor ire, reaped critical consideration and most importantly, made money (those bloodthirsty kids can deal with the moral implications later). The pervasive atmosphere, artful sets, exemplary lighting, grotesque imagery are inspired. Today, critics unanimously rave, not just about the films nonstop visual style (Bava a master) and in your face (or hers) creepiness, but about its and Bava’s significant and lasting influence on the fright genre. *

It also launched a busy run of terror features and framed cult status for the dark, mysterious and sexy Barbara Steele, a decidedly offbeat and forthright 23-year old starlet, who got this after leaving what would have been a high-profile job in Hollywood. All movie witches and/or lady vampires should be this comely, and after this, most were:  those who appreciate the cultural significance of mixing of low cut blouses with fangs owe Steele and Bava a toast.** 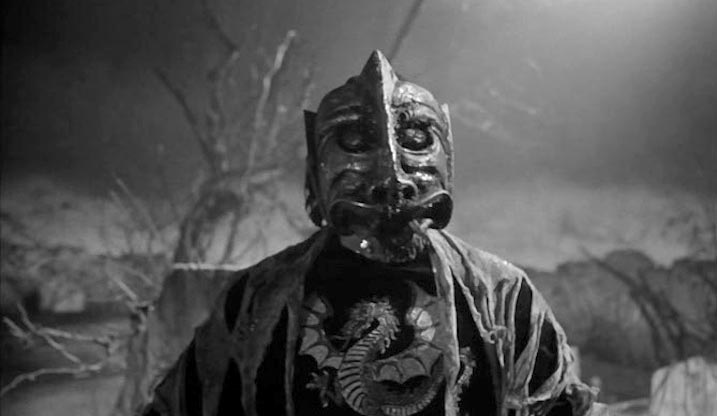 Bava co-wrote the script, which took “Viy” an 1835 Gogol story, and ran with it.  Steele recalled she and cast members were in the dark as to what as really being constructed: “We were given the pages day to day. We had hardly any idea what was going down on that film. We had no idea of the end, or the beginning, either, not at all.” 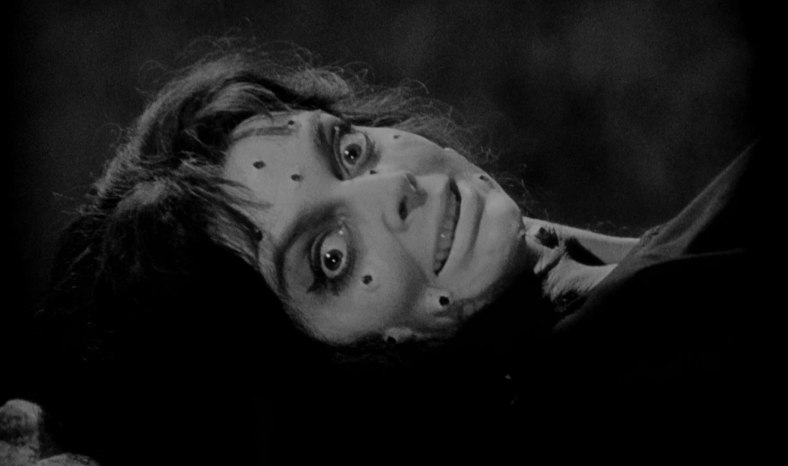 * Working in Italian films since 1943, Bava had provided cinematography and special effects for the likes of Steve Reeves’ Hercules and Hercules Unchained and directed most of—-without getting credit—cult items such as The Giant Of Marathon and Caltiki, The Immortal Monster.   Bava: “In a horror film, lighting is 70% of the effectiveness. It’s essential in creation the atmosphere.”  Fright flick aficionados and many notable critics cite Mario Bava for his influence on the giallo sub-genre, in turn incubating the ‘slasher film’, and their progressively sicker spawn.  Our violence-worshiping, misogyny-warped world could do without 98% of those, but Bava’s classicist artistic style and unadulterated technical skill put him in a class (padded cell?) by himself.  They never showed this film on TV, and I would not have been able to see it—edited or not—as a child, but I was always aware of its naughty rep, thanks to magazines like “Famous Monsters Of Filmland”. Finally getting around to it a half-century later, the eternal kid that lives inside the jaded adult cops that Black Sunday is pretty cool. As for Ms. Steele–well, duh….

** Depending on the version, Steele either quit or was fired from the feminine lead in the 1960 Elvis Presley western, Flaming Star: she was replaced by Barbara Eden. Director Don Siegel claimed he fired her, she insisted she left on her own accord. The Texas frontier’s loss was a win for monster-prowled Europe.