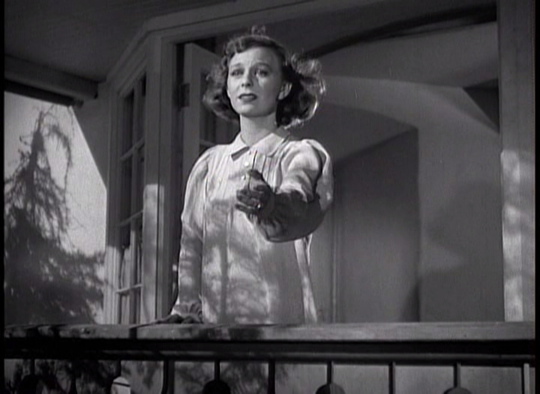 THREE COMRADES  was popular in 1938 and earned the arresting Margaret Sullavan a Best Actress Oscar nomination. Making allowances for a little age creakiness and some early scenes in which to adjust to its dialogue stylings, it remains a quite affecting tearjerker.  Very well acted (Sullavan is superb), it’s sensitively directed by Frank Borzage, the second of his emotional triptych set in a warped and darkening Germany, preceded by 1934s Little Man, What Now?, followed by The Mortal Storm in 1940.  The script by F. Scott Fitzgerald was reworked by the producer Joseph L. Mankiewicz after a stymied Sullavan bemoaned Fitzgerald’s ethereal dialogue as “un-speakable”.  In another of bygone Hollywood’s fortuitous elixir bowls of disparate talents, the ingredients jelled in adapting Erich Maria Remarque’s 1936 novel Drei Kameraden.*

1921: existential discontent, economic depression and violent politics haunt an adrift generation that survived The Great War.  A trio of ex-soldiers, best friends, try to make a go of it with their auto repair company. When hard-drinking but soft-hearted ‘Erich’ (Robert Taylor) falls for the delicate ‘Patricia’ (Sullavan), cynical but pragmatic ‘Otto’ (Franchot Tone) and liberal political idealist ‘Gottfried’ (Robert Young), likewise enamored of the somewhat mysterious woman, prove true blue as musketeers when the chips are down. Loyalty, courage and compassion stand them against a gradual rising tide of civic strife and personal tragedy.

Though the script (which also credits Edward E. Paramore, Jr.) takes some getting used to (aphorisms abound), especially in its early scenes, it has enough of Fitzgerald’s irony-gallantry and Mankiewicz’ brittle wit in the alternating philosophizing and banter that you’ll soon go with the flow, thanks to the most personable cast and director Borzage’ grace touches.  Taylor, Tone and Young manage the essential camaraderie with ease but with her enticing husky voice, unique line delivery and smart-sad eyes, the slight and glowing Sullavan walks away with their hearts and those in the lucky audience. 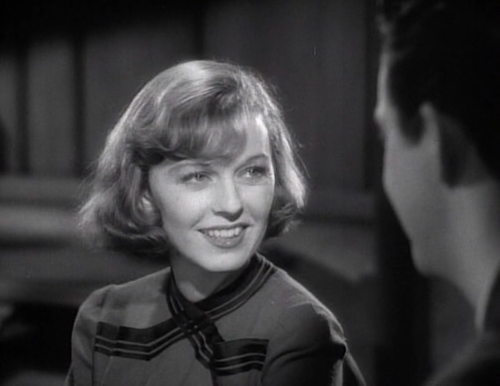 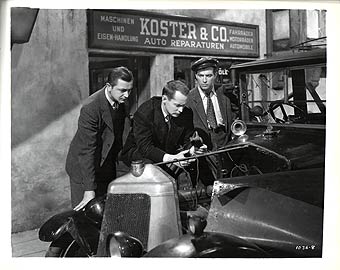 * By the time this came out, Remarque’s German citizenship had been revoked, and his books had long since been publicly burned. The Nazis had it in for him since he published “All Quiet On The Western Front” back in 1929. In 1943 the vengeful Reich tried his younger sister on a trumped-up charge of treason. Taunting her with “Your brother is unfortunately beyond our reach—you, however, will not escape us”, she was beheaded. Emigrating to the States in 1939, Remarque later married Paulette Goddard, but not until he’d consorted with Marlene Dietrich, Dolores del Rio and Hedy Lamarr. Later movies from his subsequent books: Arch of Triumph and A Time to Love and a Time to Die.

** Reviews for this movie almost always see fit, after due praise for Sullavan, a nod to Borzage and some sort of required obeisance to F. Scott (his one credited screenplay), to be lukewarm on, and often slight, the three male stars. Critics rarely relent and give Taylor any break, which is 90% scapegoating his conservative politics. So he wasn’t Spencer Tracy and happened to be extra handsome: there was a reason he was popular beyond his profile. He served his craft well in Johnny Eager, Devils Doorway, The Last Hunt, Quo Vadis, Ivanhoe and numerous others. He’s fine here, as are comrades Tone and Young.