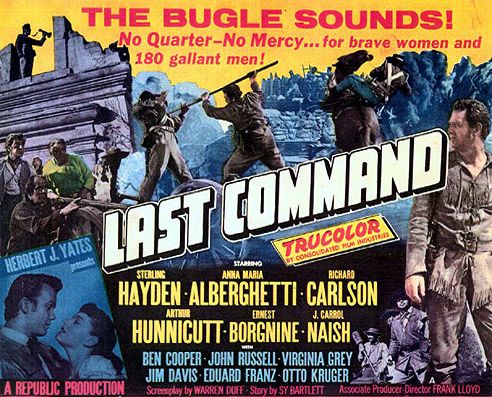 THE LAST COMMAND is one of the handful of movies about the 1836 Texan Revolution and Battle of the Alamo. Fittingly for that double-edged piece of history-folklore, this serviceable 1955 version was a case of crossed motives, clashing personalities. Like the other Alamo pictures, it’s a mixed bag of good and bad, pleasing on some levels, bunk on others.* 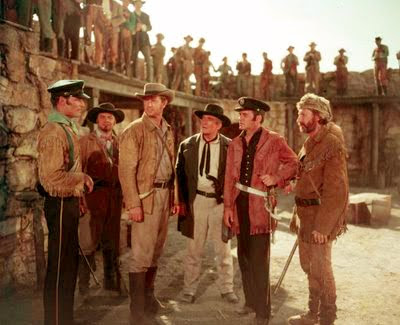 At $2,194,000, it was Republic Studios largest-ever budgeted production, directed by veteran Frank Lloyd (his last).  Warren Duff’s script focuses on Jim Bowie (Sterling Hayden) and is mostly fiction, adding the obligatory cardboard romance (opera star Anna Maria Alberghetti) and a laughable friendship between Bowie and Mexican dictator Santa Anna (J. Carrol Naish)—understandably strained by the latter’s army trying to kill the hero (the ethnicity-hopping Naish had just played Sitting Bull, giving him the opportunity to nobly oversee another Famous American Wipeout). Hayden is glum, doubtless unexcited by the mediocre writing.  Shot in Texas, the production stints on the sets, only constructing a partial wall-and-a-half for the fort, using matte work for the famous, recognizable chapel.  Lloyd’s gift for action helps disguise a limited amount of extras to unleash for the finale. 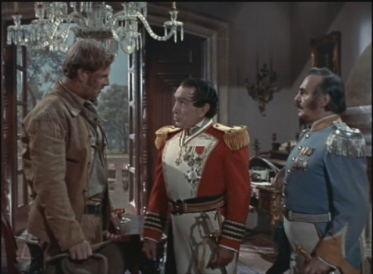 Better are an energetic Richard Carlson as the firebrand Col. Travis and a folksy turn by the always appreciated Arthur Hunnicutt as Davy Crockett.  Ernest Borgnine has a good supporting bit—and a great death scene (well, they all do, for that matter)– and the cast is loaded with familiar faces in smaller roles. **  Max Steiner provides another exciting score.  Since it’s the mid-50s, the credits run with a rough’n ready ballad, belted by Gordon MacRae. 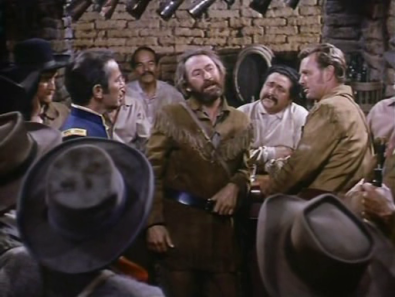 The bland talkiness (no quotable lines: heresy for a western), avoidance of controversy, dull love mush and Hayden’s stiffness slows down the 110 minutes, apart from a well-staged ambush scene at a river and a brief knifefight (something not advised with Jim Bowie), until finally the rousingly violent battle at the end gives the movie its value for action fanciers and unyielding Alamo buffs (me, from tothood).  As a director, the straightforward Lloyd was as good as his material, but he had a proven flair for man-stuff (the 1935 Mutiny On The Bounty and the 1936 Foreign Legion epic Under Two Flags, which features one of the most spectacular battle scenes of its era). Enthusiastic stunt work gives this a real plus, with outstanding horse-falls and furious hand-to-hand duels that convey the desperation of the unequal fight.  It lacks the sheer scale of the later versions but is a ‘bravo!’ credit to director Lloyd, his Second Unit team and some excellent editing. 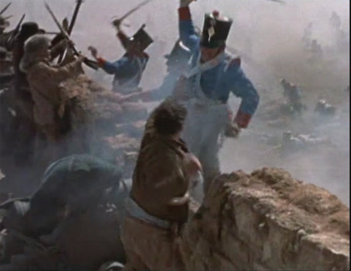 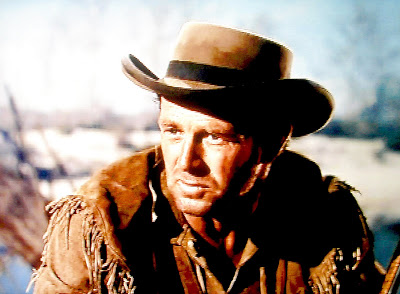 * Linda Cristal, the beautiful co-star of his 1960 spectacle, said “John Wayne loved The Alamo like a man loves a woman once in a lifetime”. He’d been trying to get his dream project off and running since the late 40s, when under contract to Republic Studios. His boss, legendary tightwad Herbert J. Yates, kept undercutting the actor’s designs. After Yates cheated John Ford of profits from The Quiet Man, a fed-up Duke quit the studio.  As vengeful payback to his AWOL star (Republic’s biggest gun) Yates stomped in, Texican-style, and put on this show.  Part spite, but perhaps Herb took into account the Coonskin Cap Craze sweeping the land with the 1954 airings of Walt Disney’s Davy Crockett episodes.  He further burned the Duke by casting Hayden, the colorful 6’5″ growler described by author Douglas Brode as “the John Wayne of the Left.” At any rate, The Last Command made barely a ripple, and Wayne’s eventual multi-million dollar epic was nominated for seven Oscars.

Each Alamo movie gets part of the story, each leaves something out. Historians revise opinions, conventions shift tastes, demographics and politics influence legacies. Hallowed ground for an inevitable culture clash, part valiant defense of freedom against tyranny, part cynical land grab for slavery, sifting through the haze of time as much as through clouds of musket smoke, The Truth about the Alamo lies buried with the men on both sides who died there.  Cenizas a las cenizas. 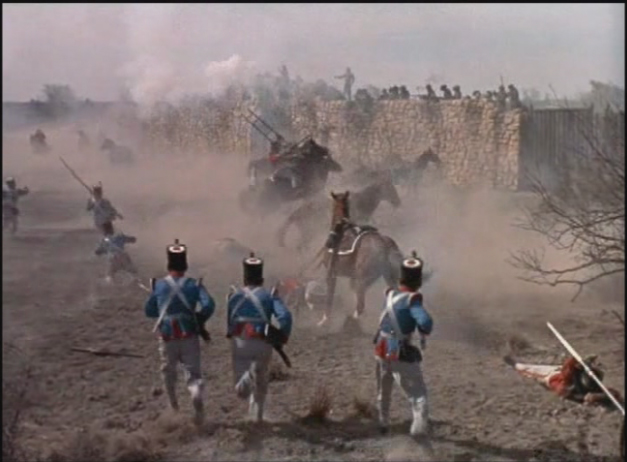 ** Busy at 38 with six films in his turnaround year from brutal heavy to sympathetic lug, Borgnine started ’55 with one of his meanest menaces, ‘Coley Trimble’ in Bad Day At Black Rock. Next came his salvation, Marty, and the buzz from that followed with Violent Saturday (Amish good guy), Run For Cover (mild cowpoke bad guy), this Alamo saga (rough, hearty good guy) and The Square Jungle (boxing manager good guy). His Oscar win for Marty cinched his new status and the Beefy Thug became Burly Hero for the rest of the 50s and a good chunk of the rest of his long career.  A nice guy, Ernie. 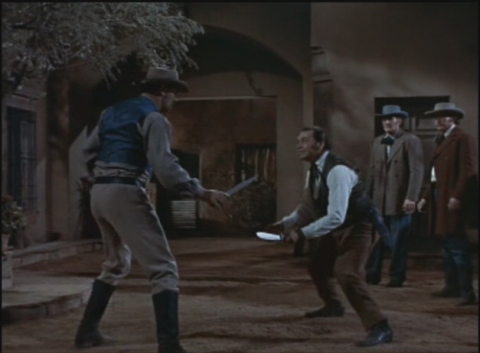