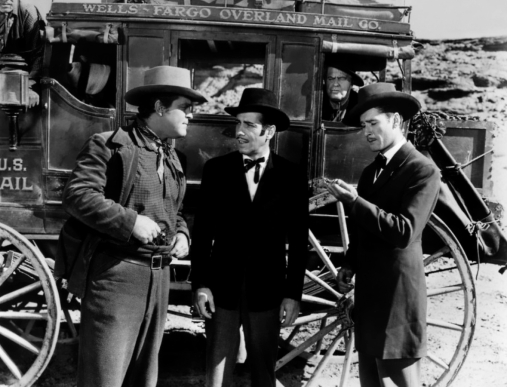 Apart from a couple of well-staged shootouts, this 1940 wheezer plods along rather woodenly, with some dopey scripting casting likelihood to the wind. Some laughs come from Bogart’s Mexican accent, and it does boast another Max Steiner score and some decent location work in Arizona’s Painted Desert—alas,lacking Technicolor. 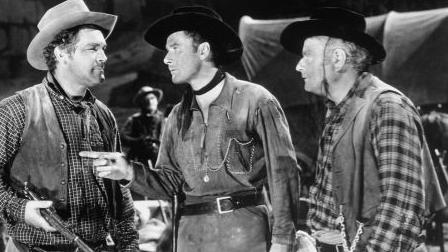 It’s too long at 121 minutes, miscast leading lady Miriam Hopkins strikes no sparks with Flynn under Michael Curtiz’ direction (the eighth time the Hungarian tyro wrangled the Tasmanian devil).  Rife with that curious bit of old-time Hollywood action ‘business’ whereby actors push their arms forward and snap wrists to punch their prop guns blanks at their targets, as if literally flinging lead. I call this ‘wingshooting’, and Guinn Williams tries to corner the market with it here. 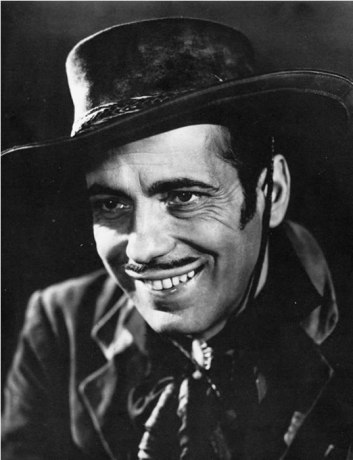