FOREVER AMBER, forgotten today, was a big deal in the 40s, first as a scandalous book, then this handsome, expensive 1947 historical costume epic. Fun to listen to, impressive to look at, it’s worthy of some TLC rescue attention.

“This is the tragic story of Amber St. Clair, slave to ambition, stranger to virtue, fated to find the wealth and power she ruthlessly gained wither to ashes in the fire lit by passion and fed by defiance of the eternal command–the wages of sin is death.” 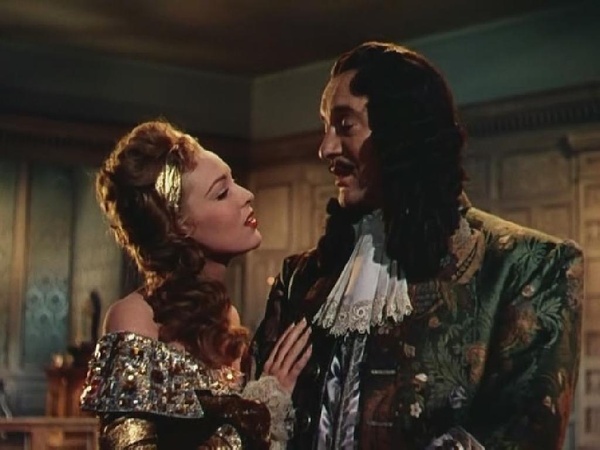 After over a year of production and an expenditure of possibly $6,000,000, Fox felt that  prologue, at least the last sentence of it, might temper the outraged censors and Churchdom. Moral gatekeeper Joseph L. Breen (even the name sounds like someone who has a problem with bosoms) had blasted the script as “utterly and completely unacceptable under any one of a dozen provisions of the Production Code.” Cardinal Spellman chimed up that “Catholics may not see this production with a safe conscience”. The 1944 book had been banned in 14 states. Great, I’m in–when’s the matinée? * 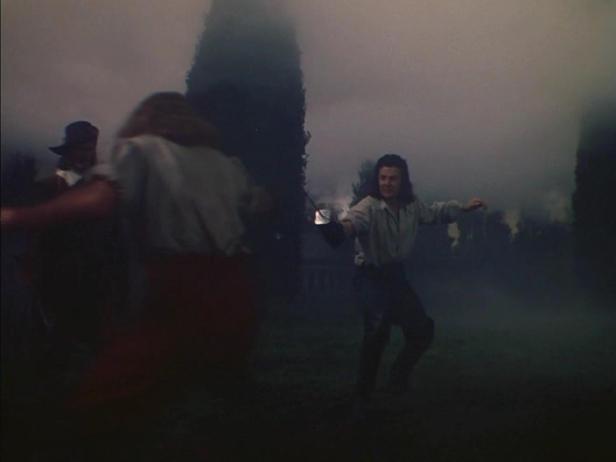 In lusty, anything goes England of the 1660s, ambitious country wench ‘Amber’ (Linda Darnell) sleeps her way through a succession of rogues until eventually she is mistress to blithely randy King Charles II (George Sanders, complete with spaniels). But at what cost? 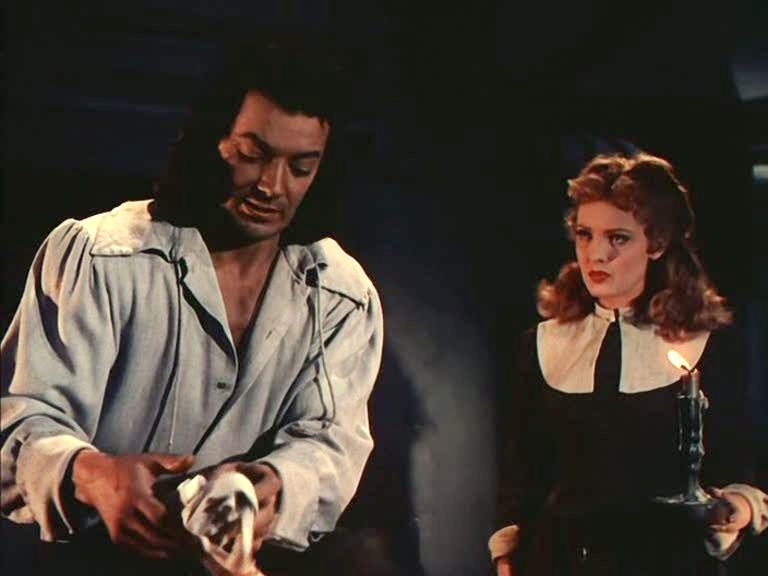 Directed by Otto Preminger, who keeps the pace packed with incident over 138 minutes. Never mind all the half-baked accents from Americans pretending to be Brits–Darnell, Cornel Wilde and others are about as close to Cornwall as they are to Cornflakes, but it’s all in good pulp-novel fun, and there is sufficient fall-back enunciating of the King’s English from the imperious Sanders and a cutting Richard Haydn–a much different sort of cad than his more familiar bumbler: not the amiable ‘Uncle Max’ of The Sound Of Music, but a ruthless bounder. 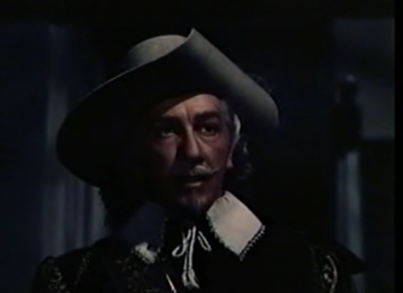 Sturdy rascals are well inhabited by handsome hunks Glenn Langan and John Russell, while Anne Revere and Margaret Wycherly make formidable harpies. Amber’s practical morality is such she’ll use and do whatever it takes to rise above her station; her tragedy is she harbors hope that stands to be dashed. In that regard this bawdy yet serious saga molds itself after Gone With The Wind, ever the template titan to try and unseat. **

Amber St. Clair is even more of a tart than Scarlett O’Hara, with the coveted hussy role given a ballyhooed talent search. Months of shooting and a lot of money was spent before 20-year old Irish newcomer Peggy Cummins was replaced by Darnell, just three years older but more seasoned. Her obvious Yankness paled before her Technicolor-ravished beauty; while an accent is missing in action, she attacks the part with gusto, and looks basically radiant. Preminger gave her a bad time, and she detested him (she had company).***

Oscar nominated for Music Score, it was for some reason–studio politics or jealousy?–passed over for the camerawork and the costuming. It heaved sighs with the panting hordes, who lined up with $16,000,000 all told, making it #4 for the year. With Richard Greene, Jessica Tandy, Jane Ball, Leo G. Carroll, Robert Coote and Alan Napier. Bring on the rapiers, big hats and a bucket of ale. Fresh horses for her men.

* At 18, Kathleen Winsor listed as a goal writing a best-seller. At 25, after digesting 356 books about the Restoration period, she turned in “Forever Amber”. Editors trimmed her manuscript down by 4/5ths to a mere 972 pages and it quickly sold 3,000,000 copies. She became wife #6 for bandleader Artie Shaw, who had berated #5, Ava Gardner, when he caught her reading “trash”–“Forever Amber”. 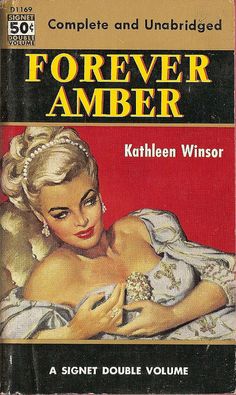 ** While this was being prepped, Duel In The Sun, David O. Selznick’s ego-sized attempt to catch a draft off Gone With The Wind, was racking up grosses with its hellcat female heroine. 1947 should be seen as a barricade-toppling watermark for Womens Lib on screen, as other  lusty novel-to-screen blockbuster sallies featuring indomitable ladies were Green Dolphin Street (Lana Turner taming New Zealand), The Foxes Of Harrow (Maureen O’Hara running a plantation), and Unconquered (Paulette Goddard living through the French & Indian War). Plus Jean Peters followed Ty Power through Aztec Mexico in Captain From Castile.

*** The scene of Amber trapped during the London Fire nearly went wrong, when the burning roof collapsed too soon, and singed Darnell, who was terrified of fire to begin with. Quick-thinking cameraman Shamroy pulled her to safety. More unsettling, this cast a tragic foreshadow with the knowledge that Linda Darnell would perish horribly at 41 in a 1965 apartment blaze. Awakened by smoke, unable to escape, she died the next day, having suffered burns over 90% of her body.