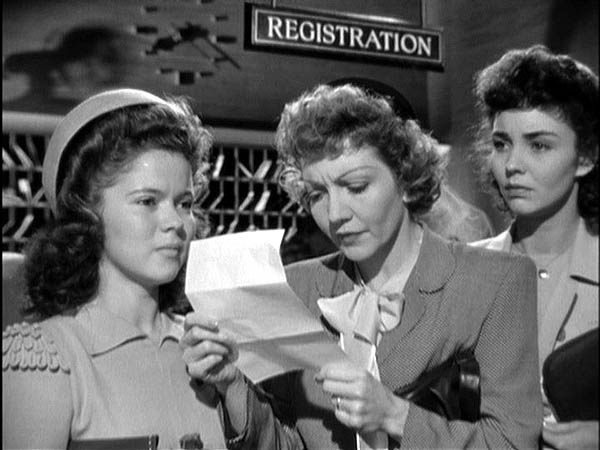 SINCE YOU WENT AWAY was a big hit in its day, third most popular of its year, an expensive prestige production that garnered nine Oscar nominations. Critics sniffed; nothing new there, but their highbrow dismissal transmuted over the passage of time into what amounts to a shrug from the collective movie memory of fans. Most who saw and were touched by it—the audience it was meant and designed for— are gone, and it’s barely mentioned today except as a dated place holder when the more durable offerings of its year are discussed.*

When it came out, in July of 1944, the United States had been at war for 31 months.  News from Europe and the Pacific was doggedly positive but decidedly grim: victories mounted but so did casualties: Anzio, Normandy, Saipan, Guam.  The previous year had seen a slew of go-get ’em-sagas, but only a handful of actioners landed at theaters in a combat-fatigued ’44. This was a war movie without battles, set at the Home Front, where costs and losses were not tallied in blood but in anxiety, dislocation and grief. Patriotic as well as persistent,  David O. Selznick wanted to add his contribution to the fight, but didn’t want to focus on bombs and equipment, but rather, through the prism of one family and a few friends, the emotional sacrifices and pluck of millions of loved ones back home.

The result was 127 days of shooting, going 30% over budget to a risky $3,257,000 and delivering an even more daunting running time of 177 minutes. His calculations, in production (detailed), casting (smart) and tone (sentimental & schmaltzy) were as canny they were crafty and it literally hit home on its target, chiefly women, making $15,890,000 from the worried, worn and financially stressed, left behind to manage homes, families and work while sixteen million men were in uniform. 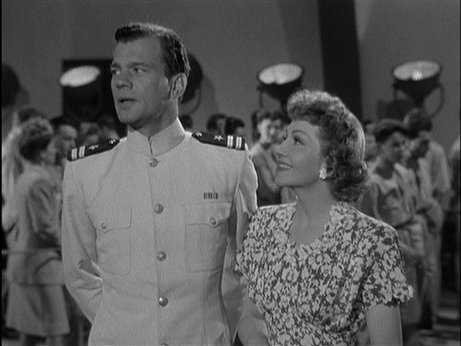 Dad is somewhere in the Pacific. Mom (Claudette Colbert) and teenage daughters (Jennifer Jones & Shirley Temple) take in a boarder (Monty Wooley), are cheered by a best friend (Joseph Cotten), and Jones finds romance with a soldier (Robert Walker). Selznick wrote the screenplay, based on a series of letters penned by an Ohio housewife**. 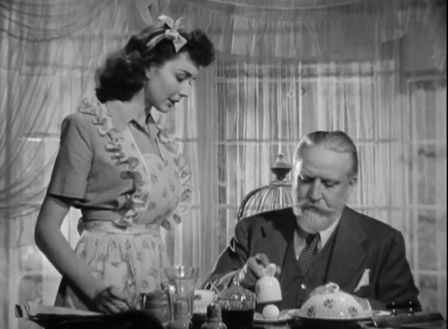 John Cromwell directed, Max Steiner contributed a sappy score to hammer home every emotion. The main theme is nice, but it’s swamped by so much mush you’ll sneeze. Steiner won an Oscar, but I think this is him at his most Max Overdriven.  It’s the problem with much of the acting as well: there is enough saccharin gushed it’s a wonder the rationing board didn’t fine them. It no doubt played a lot better seven decades ago, but while everyone is sincere in their efforts, they still come off fake, basically like Movie Stars Playing Ordinary Folk. Walker’s gee-golly cornball routine (he was 26) is really hard to put up with, and Wooley’s curmudgeon is just not believable—since this isn’t a comedy no one would put up with his attitude– and not nearly as amusing as it’s supposed to be. The extreme length is taxing.

Withal the overdone sentiment, there are any number of effective moments, and several that do raise a surge of genuine emotion. It’s the only film I can think of made during the conflict that had the dignity to show disabled vets in the scenes at a hospital, and does so matter-of-factually, without need to resort to heart-string tugs–quick shots of men without legs and arms handle that without a directorial push.  If you get past the irk of some of the performing, Selnick’s production and Cromwell’s direction offer a blizzard of small but telling details that frame not only the actions of the characters but nudge period memories for those viewing it long after the fact. The camera work is excellent.  Besides Steiner’s award for score (Franz Waxman’s work for Double Indemnity should have tagged that), it was nominated for Best Picture, Actress (Colbert), Supporting Actress (Jones), Supporting Actor (Wooley), Cinematography, Film Editing, Art Direction and Special Effects.

With Agnes Moorehead (hissable), Hattie McDaniel (fun), Lionel Barrymore, Guy Madison (debut at 22), Nazimova, Keenan Wynn, Craig Stevens and Lloyd Corrigan.  In bit parts are newbies Grady Sutton, Rhonda Fleming, John Derek, Terry Moore, Dorothy Dandridge, Ruth Roman, Doodles Weaver, James Westerfield and Andrew V. McLaglen.  Jones and Walker were married at the time, but it was falling apart, and she was tumbling for producer Selznick, so you have to give them credit for managing to play their love scenes as well as they do, mawkish scripting to the side.

* Blood-soaked and unhappy in general, 1944 was not a stellar year for movies. As this one is sneered at or ignored, praise always follows Double Indemnity, Laura, Meet Me In St. Louis, Gaslight and To Have And Have Not. The Best Picture Oscar went to Going My Way.  The scant combat-themed movies included Thirty Seconds Over Tokyo, The Purple Heart and The Fighting Seabees.  There were a few more Home Front pictures: Sunday Dinner For A Soldier, Hollywood Canteen, Up In Arms and Hail The Conquering Hero. 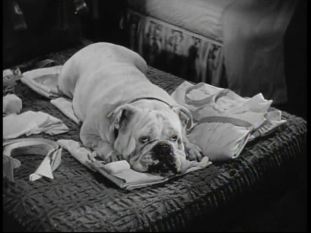 ** Margaret Buell Wilder published letters she’d written to her soldier husband, first in a column, then as a book, “Since You Went Away: Letters To A Soldier From His Wife”. Selznick didn’t like her adaptation, so he crafted his own, beefing it up to a much bigger canvas and giving play to his inamorata Jennifer Jones. Wilder was denied screen credit.