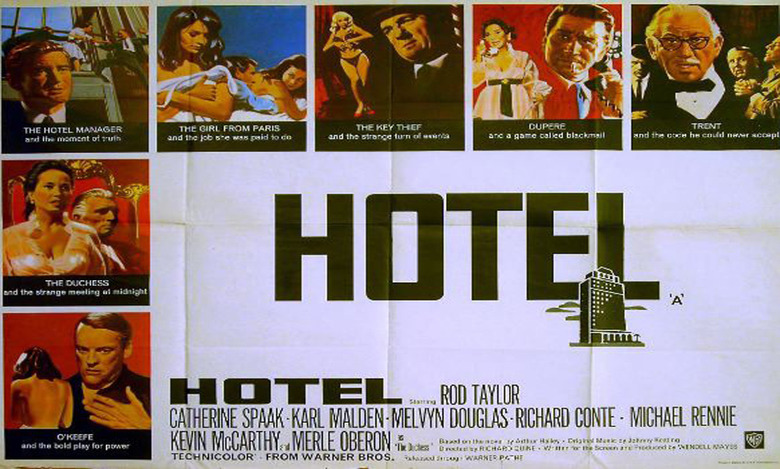 HOTEL—Arthur Hailey’s third book, a 1965 bestseller, set the style for the seven that followed, a group including “Airport” that would amass over two hundred million sales. This 1967 movie, though successful, is not as well remembered and was not close to the  box office titan that Airport would become three years later, but it’s superior to that cheesy (if entertaining) planeload.  It doesn’t have quite the power-muscle cast of the later opus and it’s more about skills than thrills, with director Richard Quine keeping his camera deftly gliding through the smart verbal jousting of his array of seasoned pros.

A legendary New Orleans hotel is on the down slope, with financial sharks circling for the kill.  The manager (Rod Taylor) stays busy either putting out problem fires lit by his guests or by lighting them under his mixed-loyalty staff.  Jovial room-burglar Karl Malden circulates around a scandal-avoiding Duke & Duchess (Michael Rennie and Merle Oberon), a sneaky house detective (Richard Conte) and a preening marketeer/vulture with his sultry French mistress (Kevin McCarthy and Catherine Spaak).  Old fogey owner Melvyn Douglas fights change (like integration) but lets the trusted Taylor handle the reins.  Everyone is good, and it’s fun just to soak in the art direction visuals and the busyness of a grand old lodging, with an elegantly jazzy soundtrack backup from Johnny Keating. 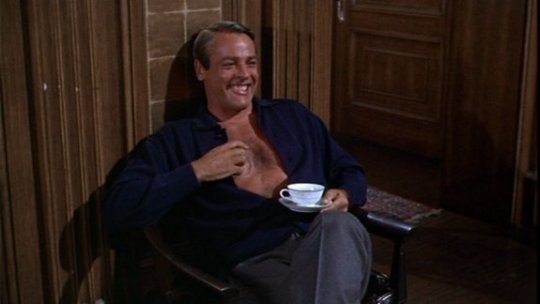 The $3,651,000 budget has it looking plush under Charles Lang’s cinematography, while Wendell Mayes screenplay handles Hailey’s crisscrossing subplots and stack of interesting characters in smart manner, including weaving in a timely Civil Rights argument.*

Oberon steals her scenes, radiant at 56 (even with the era’s beehive hairdo), and McCarthy clearly relished his prayer-spouting wheeler dealer, based on Conrad Hilton.  Spaak, in her only Hollywood film, is okay, but the part would have been better served had it gone to Brigitte Bardot, who turned it down.  Malden was playing it refreshingly light-hearted for a change–he’d bracketed this with goofing off in Murderer’s Row, The Adventures Of Bullwhip Griffin and Billion Dollar Brain.  Taylor is excellent as ever, though he didn’t care for the results, saying “It made a lot of people a lot of money, but personally I didn’t like “Hotel.” I was so restricted I could not be my usual gregarious self. I was so stiff, I hated myself in that.”  He was too hard on himself. 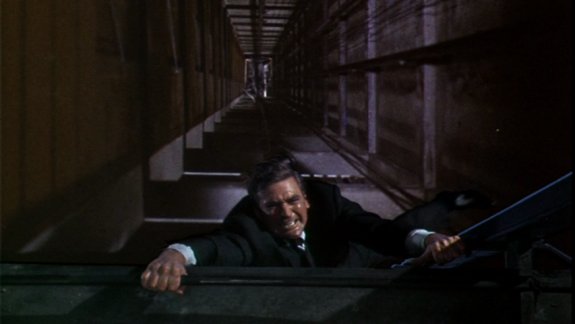 Another neat addition is the warm presence of Carmen McRae, and her wonderful voice is showcased three or four times to grace in extra notes of ambiance and atmosphere. Those ritzy jewels Oberon sports on her glowing bronze features were her own stash, valued at a cool half-million LBJ bucks. One of the baubles once adorned Marie Antoinette. 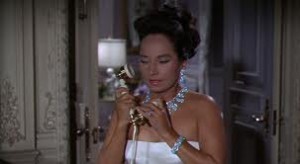 Box-office was in the region of $8,000,000.  A sink-in-and-relax 124 minutes, with Alfred Ryder, Roy Roberts, Harry Hickox, Ken Lynch, Clinton Sundberg, Davis Roberts and William Bryant.  Your reviewer had once dissed this solidly crafted and entertaining picture; then another look (it had been a long while) saw me suitably chastened to amend.  Memo to self: like Melvyn Douglas’ grump in this movie–don’t get so old & certain you can’t admit when you’re full of it…

*The times they were-a-changin’–in ’67’s films, race relations were on simmer: In The Heat Of The Night, Guess Who’s Coming To Dinner, The Dirty Dozen, Hurry Sundown. 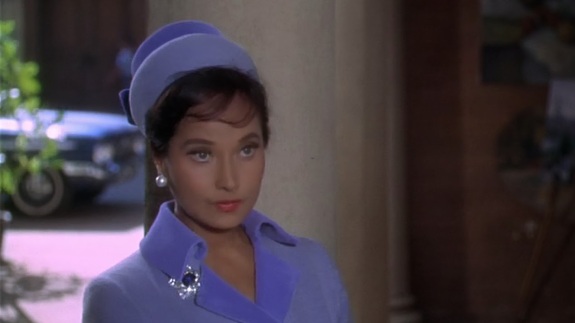