THE SUN SHINES BRIGHT didn’t shine or glow when it was released in 1953. It didn’t so much as flicker after nearsighted, uncomprehending critics mauled it. It had been hack edited by a vengeful studio chief who gave it scant release that guaranteed a flop. One site lists its box office position as #204 for the year, awful enough, but more upsetting in that it was directed by John Ford, an industry titan flush from a triumph with The Quiet Man.*

“He saved us from ourselves.”

Set in 1896 Kentucky, it’s a pocket-watch sized period memory piece, Americana of a by-gone time and place, with fixed attitudes reluctantly bending to a less certain future.  A re-working of Ford’s 1934 hit with Will Rogers, Judge Priest, this struck reviewers as not only a retread but outdated in the perceived (and misconstrued) racial stereotypes. These are present mainly in the form and manner of Stepin Fetchit, doing his patented shtick for the last time in an era that was seeing Civil Rights coming to a long-delayed consciousness shift (the earlier film got a vastly different welcome, at 11th place).

The first ten minutes or so are pretty jarring to modern sensibilities, with Fetchit’s exaggerated inflections and postures, yet when the backstory of the Ford-Fetchit relationship is examined, along with the actors personal history and revisionist insights on his slyly subversive pantomime, it has more to it than first glance reveals.** 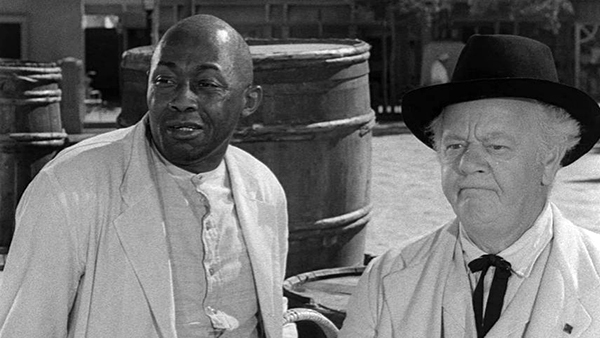 At any rate, Fetchit’s ‘Jeff Poindexter’ is a subsidiary character, kind of a one-man Greek Chorus for his employer/benefactor/best friend, ‘Judge William Pittman Priest’, movingly played with dignity and humor by the great character actor Charles Winninger, in his only leading role.  His age and Time passing, community pillar and common sense dispenser Priest has one last election campaign to finesse. Complicating his tenuous grip are the social stands he makes—defending a falsely accused black man from a lynch mob, counseling innocents affected by scandal, and in a wonderfully realized high point, publicly escorting a known prostitute to her funeral service. This thirteen-minute sequence, purely visual, absent dialog, ranks among the best of Ford. Priests/Winningers sermon following this is another gem.  C.A. Lejeune, the pioneering female film critic for “The Guardian” was ahead of most of her brethren, pronouncing the funeral segment “a triumph in the deployment of cinema; something we might have praised this side of idolatry, if only it had been French.” Touché.

Scripted by Laurence Stallings from three short stories of Irwin S. Cobb, Ford’s small-scale humanist drama (it runs 100 minutes, with 10 restored from the editing cuts) tries in its quiet way to bridge divides: from one century to another, as the bucolic 19th prepares to give way to the 20ths bustle; healing opposing sides of the Civil War (border state Kentucky has both Confederate and Union veterans, aging and co-existing in Judge Priest’s hamlet); facing up to and staring down prejudice; tweaking social sexual hypocrisy.  It adroitly packs in quite a bit of subplot and layered characterizations. 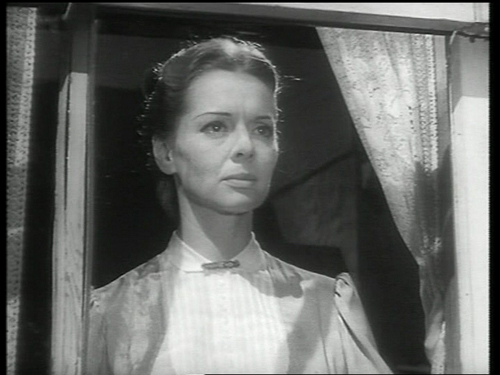 Ford gave secondary roles to Arleen Whelan, whose once-hopeful career had stalled and John Russell, who was making little headway (later faring well on TV as Lawman). Russell gets a nasty whip-fight with coarse heavy Grant Withers.  Star-free cast is peppered with recognizable supporting players: Russell Simpson, Ludwig Stossel, Paul Hurst, Milburn Stone, Francis Ford (the director’s older brother, in his next-to-last credit out of a daunting 495: he died four months after this came out), James Kirkwood, Henry O’Neill, Slim Pickens, Hal Baylor, Trevor Bardette, Ernest Whitman, Clarence Muse, Patrick Wayne.  For some reason, old pro and Ford favorite Jane Darwell is demoted, way down in the credits, despite fame from her Oscar win for the director’s The Grapes Of Wrath. 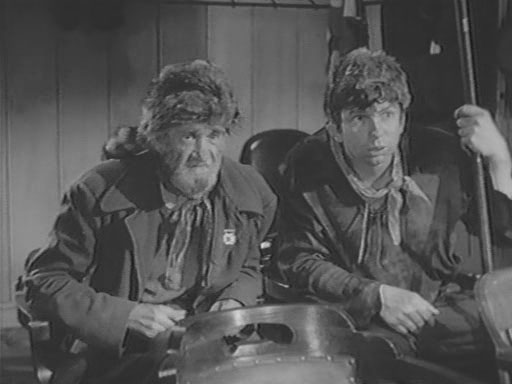 I’d seen 37 of Ford’s 62 sound feature films before I upped the total with this one. Expecting little beyond a few flourishes, once I got past the initial discomfort of Fetchit, the movie grew on me, and I ended up very impressed. Live and…hopefully…learn.

* Fetchit on Ford: “one of the greatest men who ever lived.” Their friendship dated back to 1929, when Ford cast him in Salute.  On that picture, Ford assigned Fetchit a dresser, a young prop-moving fella named ‘Duke’ Morrison. Yes, John Wayne once had to fetch for Stepin. ‘Lincoln Theodore Monroe Andrew Perry’ was born in Key West in 1902, to West Indian immigrants.  Playing the erstwhile servile character ‘Stepin Fetchit’, Perry became a millionaire off 44 movies between 1927 and 1939. Lavishing himself with six homes, 12 cars and 16 servants, an argumentative, frequently brawling Perry was anything but a fetcher, but by 1947 failed marriages, scandals and financial screw-ups had his wallet reduced to $146.  What was once viewed as Uncle Tom-ism run ragged has now been re-evaluated by numerous African-American historians and film scholars as Fetchit/Perry putting everyone on, in the guise of ‘trickster’.  It’s still hard to watch.  As it was, this was his last movie appearance until 1968—of all tumultuous times—when he emerged with a few more cameo roles until 1976. “The Laziest Man in the World” died in 1985.

*Herbert J. Yates, the tightwad, bull-brained head of Republic Studios, was miffed at Ford over the director forcing his hand on the length of The Quiet Man.  The 129-minutes ran ten more than Yates demanded in order to cram in more showings per day.  At a special premiere, a fed-up Ford abruptly cut on cue at 120, just as the climactic donnybrook began.  Abashed, Yates relented, and the movie made more money than any other Republic film, and won Ford his fourth Oscar for direction. Yates revenge was chopping ten crucial atmospheric minutes from The Sun Shines Bright.  Ford broke with Republic and went on to steer 50s hits Mogambo, The Long Gray Line, Mister Roberts and The Searchers.  Yates and his studio were out of business by the end of the decade.  As for this neglected nugget, Ford, musing in 1968, maintained this was “really my favorite, the one I like to see over and over again.” So, who was right—The Great Master or word wielders like Howard Thompson of “The New York Times”, who sneered that he could not fathom “a more laborious, pedantic and saccharine entertainment package”?  The answer is in a question: who is Howard Thompson?