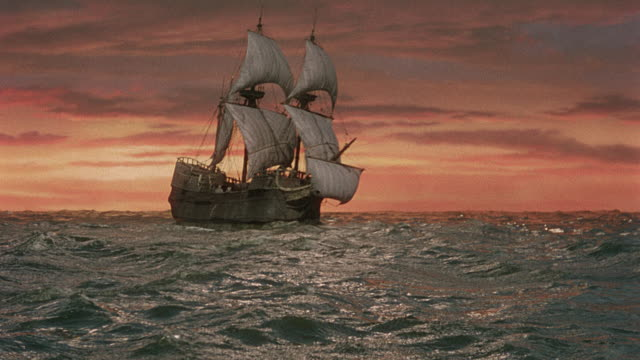 PLYMOUTH ADVENTURE sailed into theaters the day after Thanksgiving, 1952, a $3,185,000 MGM Americana gift for the holidays.  New studio boss Dore Schary was keen on the wholesome-accented project even though studio insiders cautioned against it. While five months of seagoing second-unit work captured varieties of Technicolor waves and clouds off Honduras, veteran screenwriter Helen Deutsch (National Velvet, King Solomon’s Mines) adapted Ernest Gébler’s 1950 novel, “The Voyage Of The Mayflower”, which had sold 5,000,000 copies.  Disregarded from film history lessons was the capsizing of a hugely expensive silent version, 1923s The Courtship Of Miles Standish, which plowed $3,000,000 (a vast amount back when Warren Harding was President) into the saga, only to lose one million bucks, ruining the career of its producer-star Charles Ray.  Sheets into the wind, Schary banked on the book and on star power from Spencer Tracy. 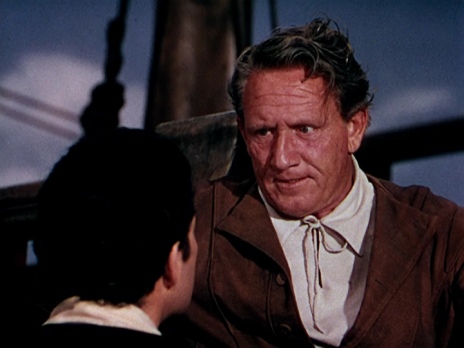 Directed in workmanlike but uninspired manner by Clarence Brown, the script invents a clandestine romance between Capt. Christopher Jones and married passenger Dorothy Bradford, suggesting an element to a later tragedy that was not related to the captain (happily married, factually) and near-mutiny by the crew (fiction).  Apart from historical character names (John Alden, Miles Standish, et.al) what hews to fact is the weather, represented by MGMs technical wizards in a superb storm sequence that netted an Oscar for Special Effects. It’s the highlight of the dutiful 105 minutes. 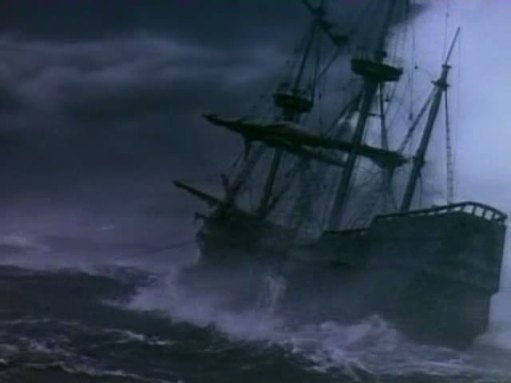 Miklos Rozsa provides a suitably uplifting score. From his autobio: “I chose a striking melody called ‘Confess Jehovah Thankfully’ (another form of which may be found in J.S. Bach’s St. Matthew Passion, in the final chorus of Part I), and used this to express the faith of the Fathers’ great endeavor, their momentous voyage into the unknown. The picture was lacking in any real spirit of heroism or passionate aspiration; this I tried to supply with my music.” 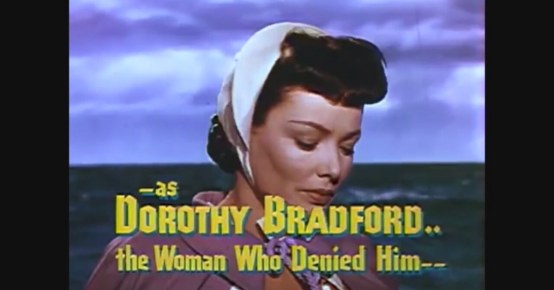 Mirroring the misery of the 66-day Atlantic epic of the Mayflower in 1620, the 57-day sound stage shoot was not a happy one, with a reluctant Spencer Tracy grousing all the way through. Ticked off to be torn away from his hidden relationship with Katherine Hepburn, Spence didn’t like the script. He didn’t like the klutzy costumes, biographer James Curtis observing that “… its knee-high boots, its braided coat, and its wide belt buckled up around his belly, gave him a gnomelike appearance”. He didn’t like castmate Lloyd Bridges (“I don’t know why he hated me”, the affable Bridges recalled) and starlet Dawn Addams.* 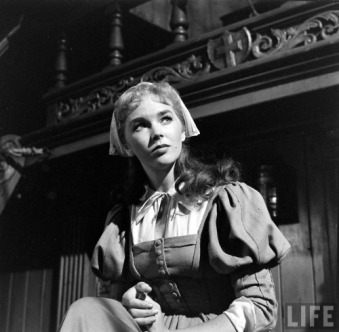 Addams at least was English, as were Leo Genn and Barry Jones, while the rest, including Van Johnson and John Dehner, were Americans. So was leading lady Gene Tierney, who helped cheer up the morose Tracy with a production-length affair, getting into character the old fashioned way: forget that Method baloney! 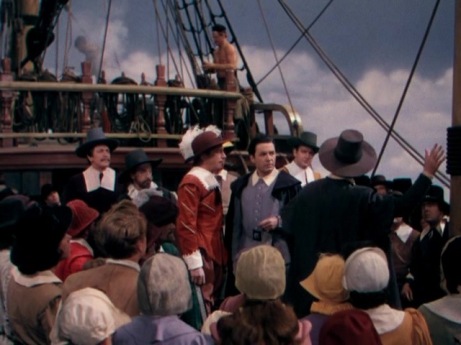 Reviews were respectful, basically like applauding a sincere school play pageant, and over the years they’ve become dismissive. Even with second-gear Tracy, you’ve still got Spencer Tracy, so it’s not awful by any stretch, but other than that raging tempest, it’s on the dull side.  Audiences only spooned up $3,025,000, leaving the picture $1,856,000 in the red.

Lost in the holds below deck were two future TV faves: nine year old Noreen Corcoran, who’d log 1957-62 with Bachelor Father and, making his debut, another nine-year old tyke named Ken Osmond a.k.a. ‘Eddie Haskell’ provider of five years of mischief in 96 episodes of Leave It To Beaver  (apparently there were some non-upright colonists on that trip). 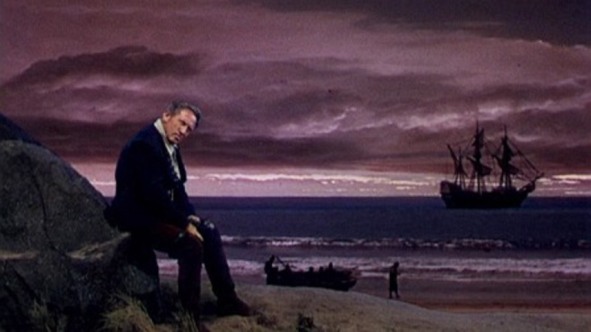 * Landing a coveted supporting role, sleek and sexy 21-year-old British import Dawn Addams further ruffled a truculent Tracy.  Having lunch at Chasen’s with Clark Gable,   Tracy asked him “What do you know about an actress named Dawn Addams.”  GABLE: “I don’t know anything about her much. She’s a young contract player.”  TRACY: “She’s playing Priscilla. She looks like she’s made the voyage before.” GABLE:”I don’t know anything about her.”  TRACY:”Well, she’s sleeping with someone. I have to tell you, this girl would not be in the movie if she wasn’t sleeping with somebody.”  Gable left and Benny Thau came over and sat down. MGMs Vice-President and in charge of casting, Thau commanded respect as well as having a reputation for the busiest casting couch in Hollywood.  TRACY: “How’s everything?”  THAU: “Fine”.  At that moment his date showed up.  THAU: “Oh, Spence, do you know Dawn Addams?”

The Pilgrims may have laid part of the foundation for America, but the Benny Thau’s grabbed a lot of the best views in California. It’s all History. 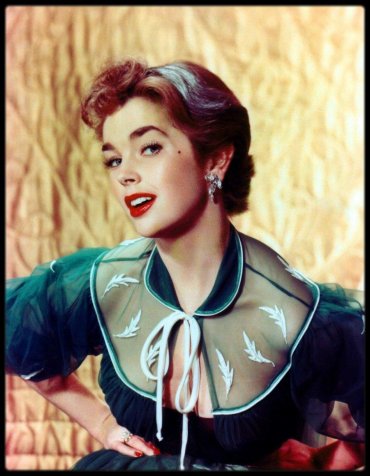 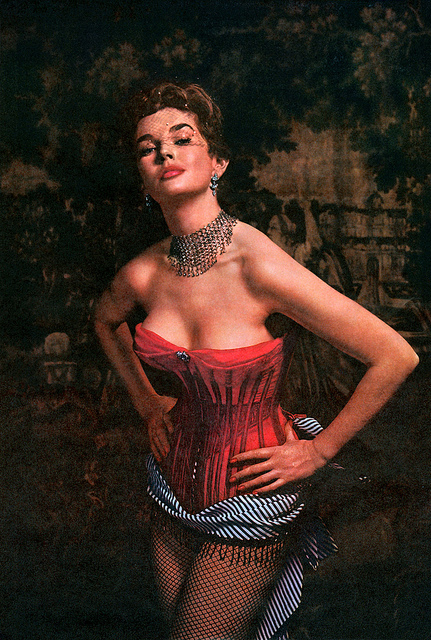 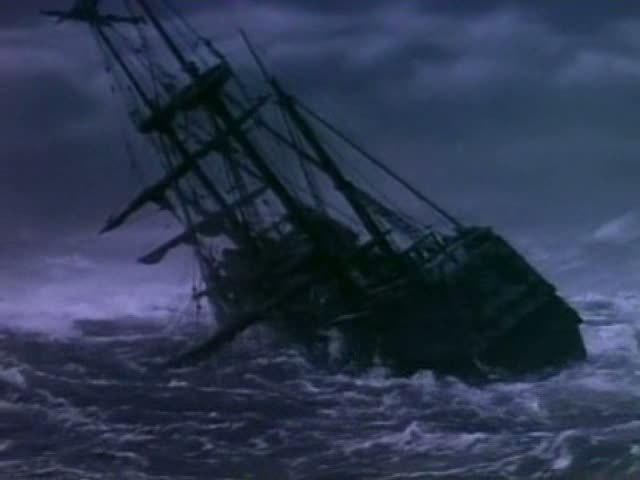