THE RAVEN , beyond a demented Bela Lugosi reciting a few lines from the title ode, the seven writers who contributed to the script of this 1935 Bela-Boris match up concocted a brew that has about as much to do with Edgar Allan Poe’s 1845 poem as Woody Woodpecker.

Boris Karloff is billed first (and was paid ten grand, double his co-star), but he has not much more to do than look pitiful under his makeup. Lugosi gets the choicest dialog and more of it. He plays a renowned brain surgeon who also happens to be a cackling psychopath (paging Ben Carson). He has a dungeon (well, a basement converted to a dungeon) full of carefully constructed torture devices. He must have been a really successful doctor because the cost factor of some of the creations would tax Beverly Hills hippest plastic surgeon. The loonybin skull-tapper has a room with walls that move into a giant squishing device, controls for flip-switch shuttering all the windows with steel, and a pendulum & blade rig (thanks, Edgar) for whacking canals across trussed victims.

Why? Something about control? Love? Just for the hell of it?  He disfigures fugitive murderer Karloff for blackmail: Boris will help him torture and Lugosi will restore his looks (pretty far gone at that point). Lugosi also keeps a stuffed raven on his desk (Norman Bates, are you paying attention?). 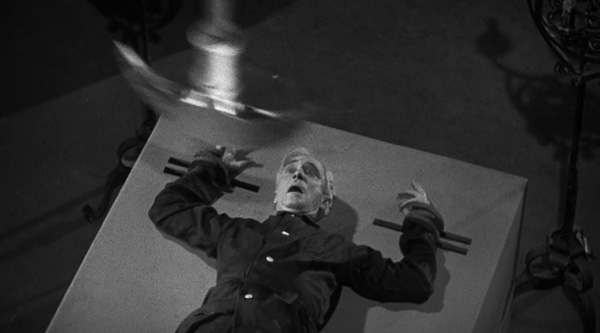 KARLOFF: “Well, he got the gag out of his mouth and started yelling for the police. I had the acetylene torch in my hand.”

LUGOSI: “So you put the burning torch into his face. Into his EYES!” 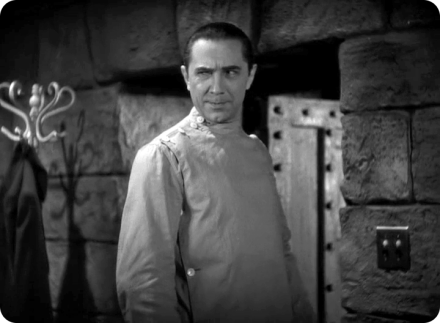 Stagy and sloppy, it’s only 61 minutes long, so the absurdity of the whole thing and Bela’s scenery-chomping make up for the lame supporting cast, D.O.A. comic relief and one-take direction from Louis Friedlander.  A good one to watch if you want to practice Bela/Boris impressions.

“See here, Vollin, things like this can’t be done!”

With Samuel S. Hinds, Irene Ware, Lester Matthews and Ian Wolfe. Its take of a ghoul-cool $1,000,000 had it tied for 115th place among the year’s output, which also spawned Bride Of Frankenstein, The Black Room and Mad Love. 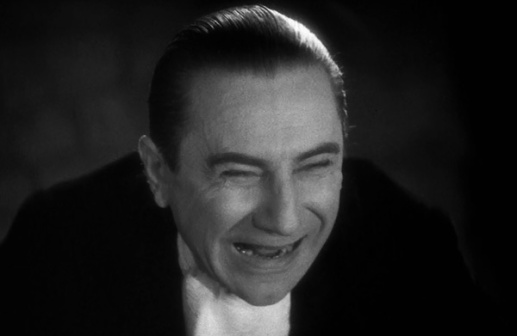