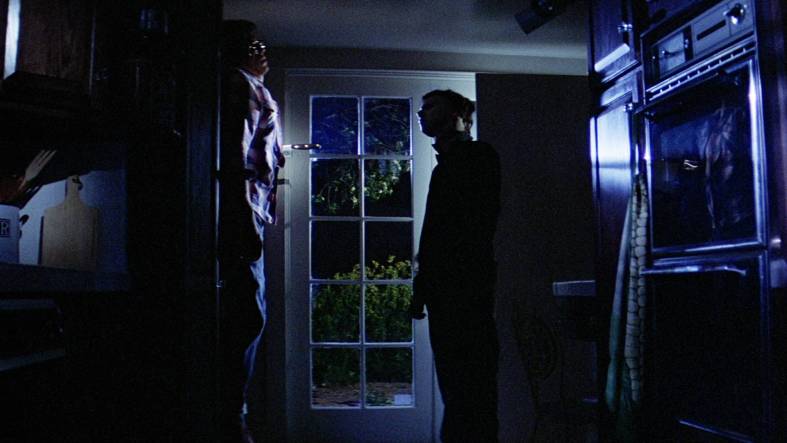 HALLOWEEN—-there is the movie, released in 1978, and then there is the cultural phenomenon it spawned. One is good (or at least well done), one is deplorable. Let’s keep mostly to the first here, as the second is so much bigger and deeper than the little bitty movie that harping on it will imbalance any writeup and it’s done to death (fittingly) elsewhere.

Director John Carpenter, with co-writer Debra Hill producing, kept it simple, brief (91 minutes) and effective, and cut into an artery of green when their frugal $300,000 investment geysered back $70,000,000.

They hew to tension and suspense rather than gore and explicit yuck as unstoppable lunatic Michael Myers escapes from a sanitorium and goes on a killing spree one October 31st, targeting babysitters (and whoever else is at home).  Myer’s shrink (Donald Pleasence) attempts to intercept his patient. Intended victims Jamie Lee Curtis and P.J. Soles react convincingly. It was 20-year-old Curtis’ feature debut.

The editing, camerawork (Dean Cundey) and especially the spare, ominous music score by Carpenter make it tingle. It ain’t Shakespeare, but it’s a skillful little piece of horror genre creepiness.

The many sequels and a 2014 reboot it generated: you can have ’em. The bloody tidal wave of hunt-women-equate-sex-with-violence filth that followed cheapened society and amplified some of its worst instincts. 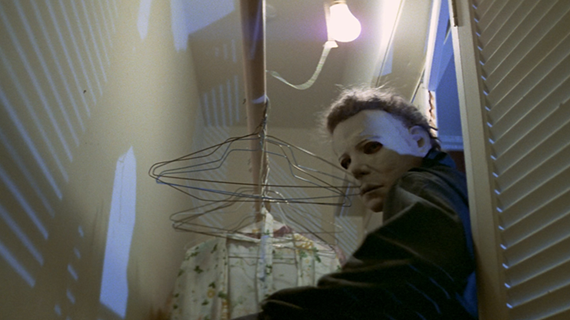