SPRING BREAKDOWN is another entry in the long conga line of WLD comedies about nice doofs and nerds who bond while triumphing over the meaner, sexier, better looking Cool People. WLD, which I just came up with, a minute ago, in a headache-inducing brainstorm, stands for ‘Watch, Laugh & Discard’. 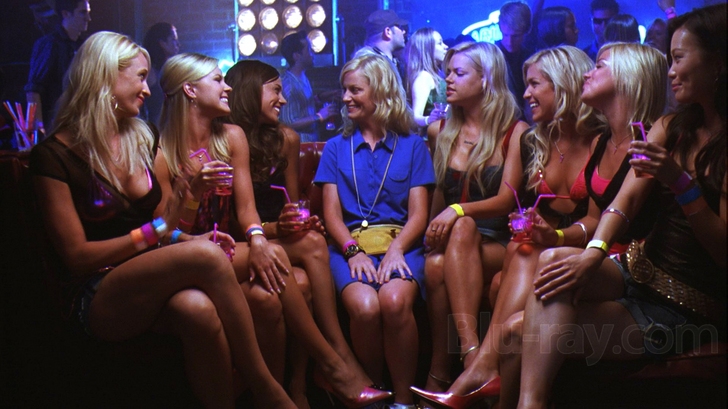 The Stuck-Ups interview one of our heroines

Three college friends, fifteen years after graduating, find their lives mundane and boring (imagine that if you can). Due to a confluence of events and personalities they decide to hit South Padre Island, Texas, for the Spring Break they never had. Will they get drunk?  Hook up?  Find out what really counts?  Have you ever seen a movie? 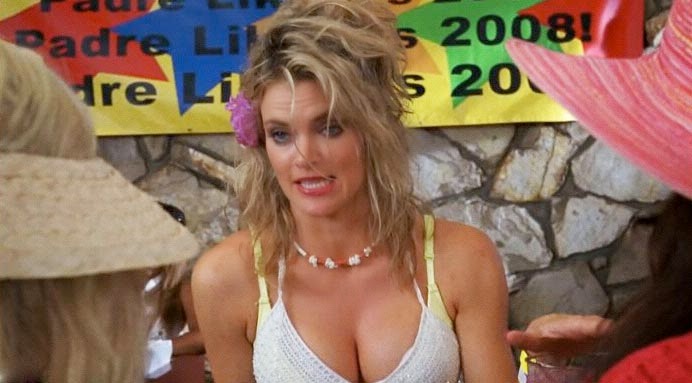 Shot in 2006, studio politics delayed release until 2009, when, despite having invested $12,300,000, it was dumped direct-to-video. Dratch & Ryan Shiraki hatched the story, he wrote the script and directed it.

It’s predictable (ya think?) and dumb, but the cast are troupers all, and plenty of silly giggles and snorts pop up through the brief 84 minute fling. It thankfully doesn’t take itself seriously, isn’t really raunchy (fine by me, a little of that goes a long way), and the Girl Power shtick is as much a matter of taste as it is gender, so it’s a harmless romp if you’re in a lazy mood. Among the scads of competing flicks in this genre, it’s nowhere near the top of the heap, but it’s better than many, and certainly funnier than expected.