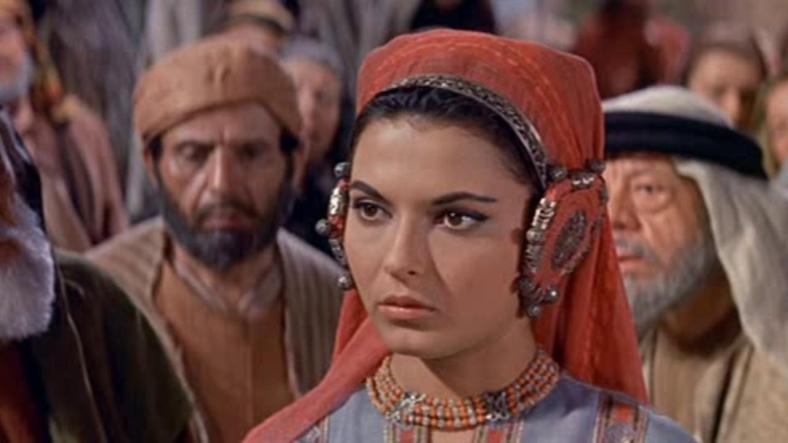 THE STORY OF RUTH  takes 131 mostly tasteful 1960 minutes to interpret the Bible stories purportedly scrolled around 1040 B.C. (author up for grabs) about the upright and gentle woman (a ‘Moabitess’ who converted to Judaism) who (we are assured, because “it’s in The Book, look it up”) after some tribulation (Scripture-talk for ‘hassle’), became through various begetting, the great-grandmother of King David. From David to Joseph & Mary to Jesus and— even if you would invite lightning, locusts or an afternoon-spoiling doorbell by casting doubt—you can see Ruth has a guaranteed papyrus seat with a view.

Slow and overlong, directed with care but little flair by Henry Koster, who had experience with this genre from The Robe.  In the manner of the day it’s a bit too clean (Sunday school movie style) as far as sets and costuming go: one set, the quarry, looks suspiciously reworked from the same studios ‘Atlantis’ the year before in Journey To The Center Of The Earth-–20th executives and producer Samuel G. Engel not wanting good paper-mâché boulders to go to waste in their $2,930,000 outlay.

The acting is good and the film has a major blessing in the debut casting of  19-year old Israeli beauty Elana Eden in the coveted title role. Petite and luminous Eden, who had been a machine-gunner in the Israeli Army, beat out 300 hopefuls for the part, including Susan Strasberg, Tina Louise and Diane Baker. She shines, and her somewhat-hesitant English pronunciation (only a year’s worth) works to add some demure exotica, better than the earlier, similar situation with Haya Harareet in Ben-Hur.*

Competing for Ruth/Eden’s  favors are Stuart Whitman, Tom Tryon and Jeff Morrow.  Sustenance is provided by Peggy Wood, Les Tremayne and Eduard Franz, vile designs come about from Viveca Lindfors, Thayer David (still lurking around that set from ‘Journey To…’ ) and Victor Buono (film debut at 22).  The film drew good reviews and brought $8,600,000 back to the fold. It is well-regarded in review sites and publications that deal with movies revolving around faith. 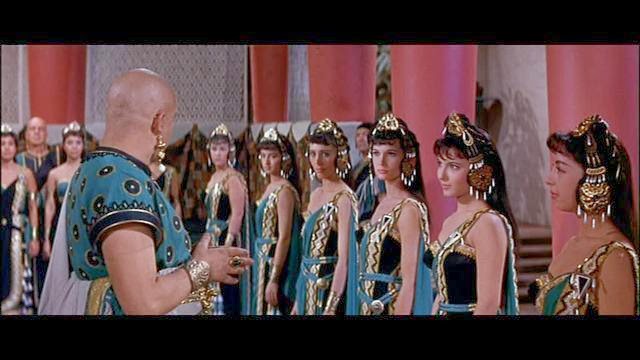 * Ancient child-sacrificing Moab would be in present-day Jordan (yes, there is one in Utah). Irony-in-Action: of Polish-Russian heritage, the Israeli Miss Eden’s real last name was Cooper but the studio thought it “didn’t sound Jewish enough” and had her change it. Her take: “You know, it’s funny, but Stuart, Tom and Jeff all play Jewish characters in the story, but none is one in real life. On the other hand, I play Ruth, and Ruth wasn’t Jewish, merely embraced the religion later – yet the studio came to Israel to get me for the role!”  After strong plaudits for her touching portrait of Ruth, she did two 1961 TV episodes (Adventures In Paradise and The Barbara Stanwyck Show), got married, left Hollywood and acting for three years before showing up in a cheap, lame West German-Israeli  knockoff of the Bond craze,in 1965s Einer spielt falsch/ Trunk To Cairo with Audie Murphy and George Sanders. Her brief brush with fame faded, she was billed 14th in the cast. 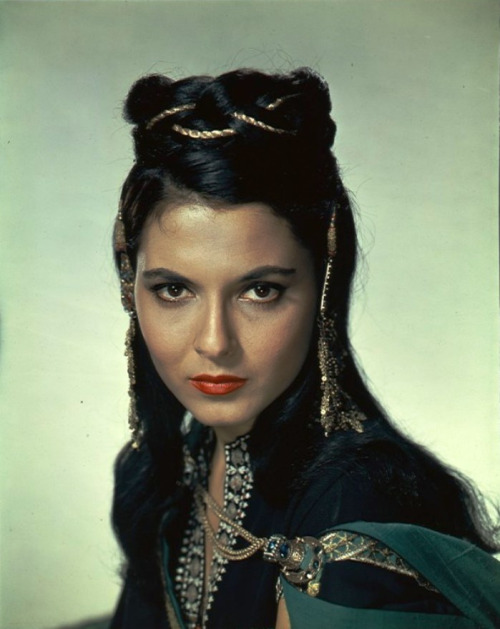