FIVE CAME BACK ,a gem adventure thriller from 1939, makes a memorable case for the unspoken Headhunter Region Maxim: save one bullet. The idea of an airplane in trouble is bad enough when the craft is over flatlands or desert. City or ocean?  Look for someone cute to kiss. Mountains?—forget that unless you can do without vegetables.*

Blown off course by a storm into the Amazonian jungle and at least you will be around things you can eat while you get to know each other (make passes, find out your partner is a jerk, be noble), sweat, swat bugs, clear a runway.  Out of radio contact, only enough fuel for a lightened load (this means “you, you, and you”), and those insistent drums—with the occasional poisoned dart—tell you there is more on the menu than bananas.

Suspense is built into the title, as there are twelve people on board when this trim 75-minute B-flick favorite takes off, directed apace by harsh taskmaster John Farrow, written up with punchy dialog, neat characters and satisfying existential choices from the noteworthy trio of Nathaniel West, Jerome Cady and Dalton Trumbo. 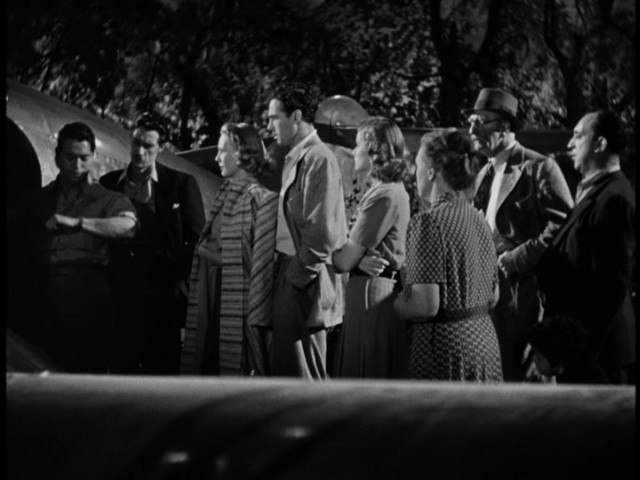 The aerial special effects are carbon-dated (film had a budget of only $225,000) and the brief running time does squash some of the behaviors into pat quick-change mode, but the sound stage recreated jungle is effective and a sturdy cast do well by their assignments. Jaw-clenched pilots (Chester Morris and Kent Taylor) have to deal with eloping society sweethearts (Patric Knowles and Wendy Barrie); a dedicated elderly  couple (C.Aubrey Smith and Elisabeth Risdon—handily, he’s a professor); a gangster’s kid with a bodyguard (Tommy Mulvaney and Allen Jenkins); a sardonic condemned anarchist and his slimy watchdog (Joseph Calleia and John Carradine); and a hot’sy dame with a shady past (Lucille Ball).  Last of the dozen is unlucky steward Dick Hogan (“the fall’ll prob’ly kill ya”).

Offered up as a programmer in that crowded year, its tropical crash turned into a matinée smash, earning $721,000 from nail-biting fans and respectable reviews from a surprised press.  It was a shot in the arm for 28-year old striver Lucille Ball, who had logged 45 mostly uncredited bits over six years.  The job itself was misery for the leggy, fast-with-a-comeback trouper, as she bridled under director Farrow’s bullying, had to fend off charm-free advances from co-star Morris and left the set screaming when two large spiders fell into her red tresses after being dislodged from their palm tree.

Director is a bear, leading man is a wolf, and Black Widows are in my hair: I swear to God I’m gonna get rich or die trying

Carradine was on a roll, with nine credits that year, mostly as a heavy, including classics Drums Along The Mohawk, The Hound Of The Baskervilles, Jesse James and Stagecoach, which bears some similarity to this less-celebrated group-in-danger melodrama.

The great C.Aubrey Smith (born in 1863) was also busy in ’39, racking eight appearances, including his wonderful work in the epic The Four Feathers.  He gets the most empathetic role in this picture and delivers with grace.

Malta’s gift to the ranks of Sinister Movie Bad Guys, Joseph Calleia, has the clincher part in Five Came Back, giving him a thoughtful character arc and one classy (albeit icky) exit. Speaking of gangsters, vivacious co-star Wendy Barrie’s career soon suffered a setback due to her ill-considered choice to become the mistress of a real-life hood, one Bugsy Siegel. 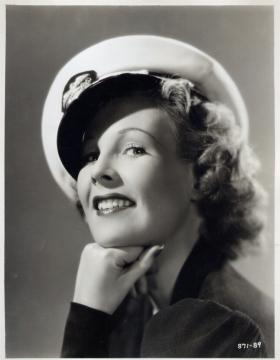 With Pedro de Cordoba and Frank Faylen.  Farrow must have liked the vehicle, as he remade it in 1956 as Back From Eternity, with Robert Ryan, Anita Ekberg and Rod Steiger.  I’m surprised it hasn’t been dredged up again for a new CGI splash, stocked with au courant p.c. in the passenger list and reworked to make the natives oppressed instead of soup-inclined.

* Hit that rogue air pocket over the Andes and you may get out Alive, that is if you’re not 100% averse to beef.  Cinema craft forced down in the desert stir up The Flight Of The Phoenix and Sands Of The Kalahari.  Hitchcock shot down an airliner over the Atlantic in the stunning conclusion to Foreign Correspondent.  John Wayne famously avoided a cartwheeled dunk into the Pacific in The High And The Mighty, a hit that shares the roster with Five Came Back when movie know-it-alls wheeze forth about the antecedents of Disaster Films (seeking to fasten either credit or blame, depending on the good nature or snide quotient of the observer). 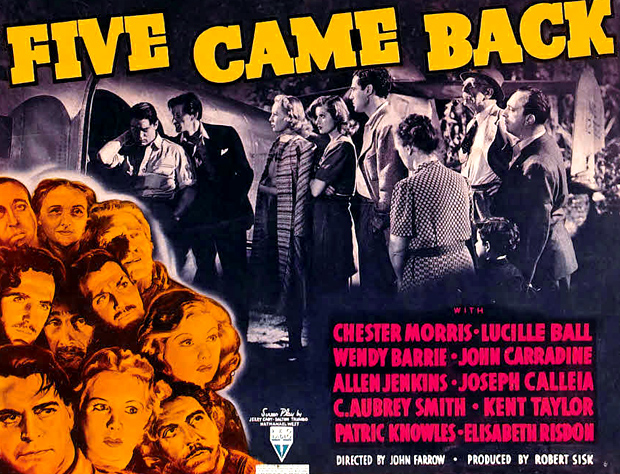 Allow a humble survivor’s personal observation on the Sudden Descent Upon Mountains scenario: once, in Nepal, to save myself days of hiking to get into position for a trek to Everest Base Camp, I flew into Lukla, elevation 9,334 feet, and “the World’s Most Dangerous Airport”.  No  f-g kidding, as the Tenzing-Hillary landing strip is just 1,729 feet long, with a cliff on one end and a hill on the other. One shot. You land like a sock from Joe Louis, scream to a halt and totter from the   airplane like you just shared an elevator ride with The Wolfman.  It helps your nerves on the way in to see numerous sites of previous crashes, the debris littering peaks and ravines. Great views, however. Next time I’ll walk in, smell the flowers, etc…. 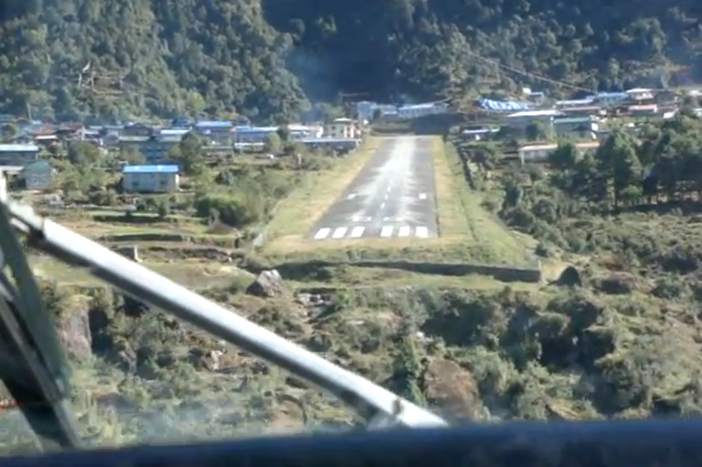 Hoping your Lukla doesn’t run out