NATE AND HAYES  bombed out in 1983, ignored or backhanded by critics and making a weak $1,900,000, another of the several pirate-themed movies that sank before the rip-roaring genre reboot of Disney’s Pirates Of The Caribbean delivered its broadside.  Directed by Ferdinand Fairfax, this 100 minute jaunt is cheerfully absurd and blithely bloody, spinning its yarn of 19th-Century shenanigans in the South Pacific and playing off the rep of real-life rascal ‘Bully Hayes’.*

Credibility is tested, strained, and finally dumped overboard, and the body count of slavers, headhunters and she-warriors is sky-high. Well-produced on location in New Zealand and Fiji, so even when the brain tunes out, the eyes have plenty to snack on. 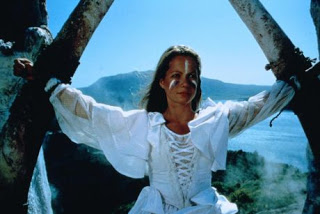 * Interested in more about William Henry Hayes?  You’ll enjoy James A. Michener’s anthology “Rascals In Paradise”.  Check out the boisterous 1954 Burt Lancaster romp His Majesty O’Keefe.   Before he was murdered in 1877, he amassed enough of a reputation to suit author Frank Clune’s summation in his book “Captain Bully Hayes–Blackbirder and Bigamist”.  Clune notes Hayes described “rogue, villain, cheat, swindler, barrator, buccaneer, bilker, bigamist, freebooter, polygamist, seducer, murderer, pirate, slave trader, robber, rapist, hooligan and bully” but was “never convicted in any civil court of law for any serious criminal offense.”           Let he who is without sin…. 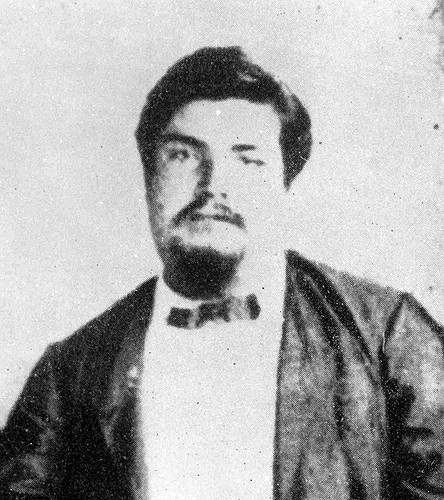