GORGO—-“Will it be enough? Will it be enough to stop the huge beast? Will the miracle be granted? Or will it be yet another of man’s puny efforts to oppose this irresistible force of ancient nature?”   Panic-stricken moment #27, as a reporter gibbers over the diversion of all London’s electricity into the path of the title figure, a 200-foot tall, red-eyed, decidedly pissed-off reptilian sea monster. 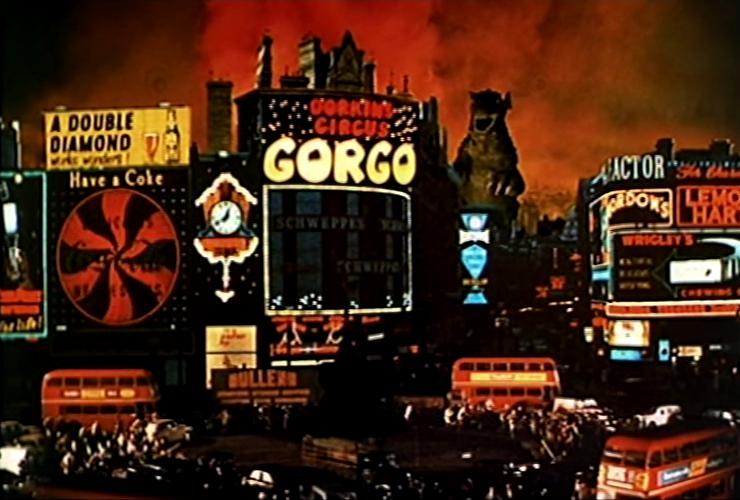 Chances are a few volts won’t stop this sea-she, since all the high-tech ammo in the U.K has already bounced off her scales as she rezones every high-rise, bridge and monument within tail-range.  Roaring in fury, clomping her jaws, wiggling her ears, ignoring artillery and jets, displaying a hatred for apartments, London Bridge and Big Ben, Mama Gorgo is hot on the trail of her baby Gorgo, captured in the Irish Sea and brought to London as a circus exhibit ( idiot humans not learning a damn thing from Manhattan’s big night premiere with King Kong). 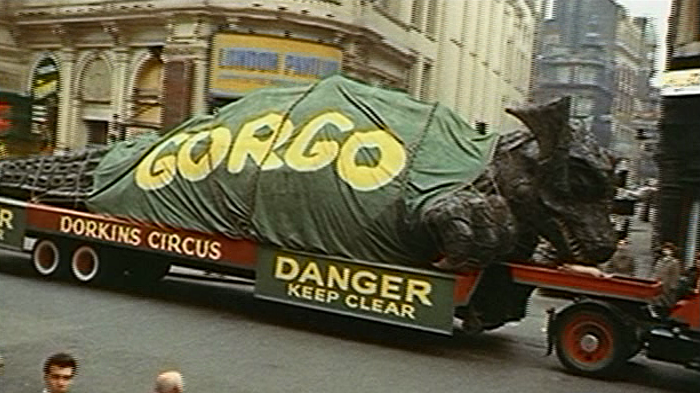 Name of circus is not best omen

No dawdle in the direction of Eugene Lourie, who—as the director of 50s kiddie favorites The Beast From 20,000 Fathoms and The Giant Behemoth— had experience with giant ocean-living monsters smashing people stuff.  He gets pleasing performances from Bill Travers, Martin Benson and others, interpreting a nifty script that’s by turns tongue-in-cheek, earnest, sentimental, and always fun, with just the right amount of lines delivered aghast and agog.

A particular fave for fans of that wonderful crop of late 50s/early 60s fantasy epics, Gorgo is a superlative mix of miniatures, lavish mockups, man-in-suit, process shots and deftly edited crowd scenes, resulting in the gleefully total stomping of an entire metropolis, with staging of hysteria and believably amuck mobs bounds ahead of similar reptile rampages.  A happy ending, too! 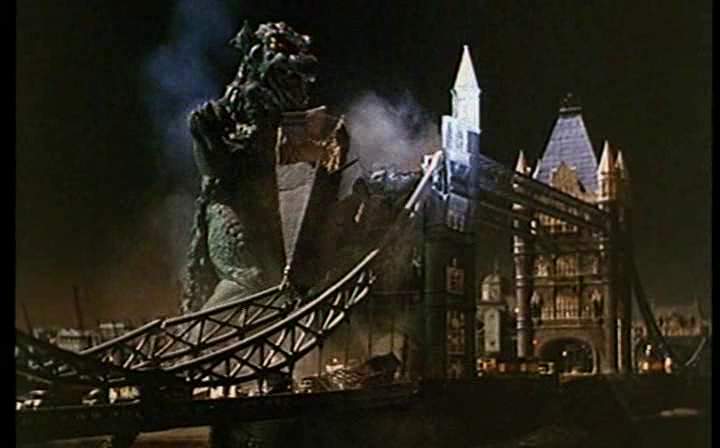 With Vincent Winter (the wee lad charmed by the Gorgos), William Sylvester, Christopher Rhodes, Maurice Kaufman, Basil Dignam, Barry Keegan and Nigel Green. 78 minutes of memories from 1961. I didn’t catch this in the theater as a kid, only later as a teenager, but I  vividly recall being riveted by the commercial previews on TV (“please, please can we go?”) and the comic book that came out in conjunction. It did well at the box-office, grossing $4,400,000 in the States alone. 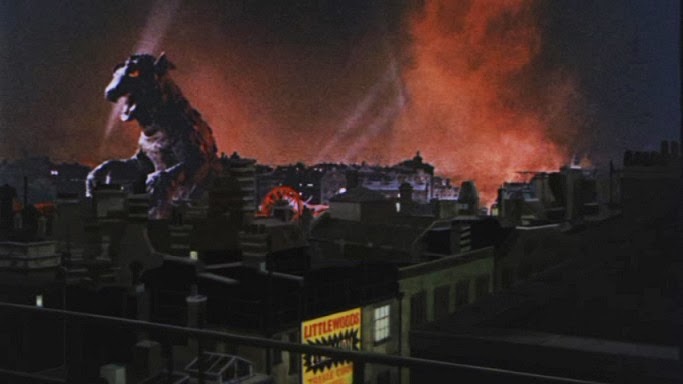 Who can argue with the reporter witnessing: “We prayed for a miracle. Maybe our prayers have been answered. A great city, overwhelmed, exhausted, lies helpless under the immeasurable power and ferocity of this towering apparition from before the dawn of history. Yet, as disdaining the pygmies under her feet, she turns back! Turns with her young, leaving the prostrate city, leaving the haunts of man, and leaving man himself to ponder the proud boast that he alone is lord of all creation.”  In-deed. 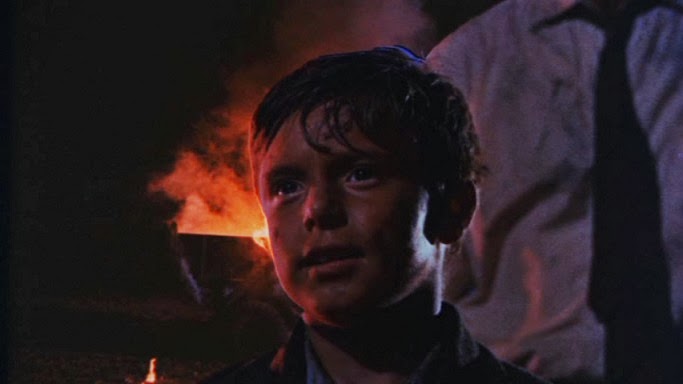