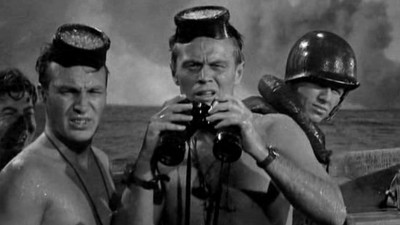 THE FROGMEN  is today just a distant memory ripple in the great movie pond but it made a decent splash in 1951, coming in 37th on the list of earners for the year, and copping a pair of Oscar nominations for Story and Cinematography. Directed in competent fashion by Lloyd Bacon, it’s a tribute to the daring UDT (Underwater Demolition Teams) branch of the Navy, the precursor to today’s heralded Seals. 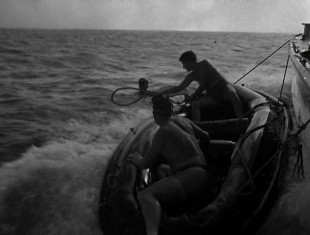 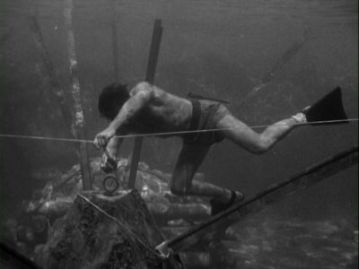 The 96-minute WW2 tale is serviced by a good cast of actors, but it has a case of the bends when it comes to cliches: new replacement skipper must prove himself to doubtful team–will he? If you have to ask then you’ve never seen a war movie.

The underwater photography, once novel, comes off flat today. Scenes of the guys tumbling off rubber rafts towed alongside a fast-moving warship and of them being yanked back in with some sort of guy line loop are pretty impressive. There is some tension when a Japanese torpedo slams into their cruiser and doesn’t detonate and has to be ever-so-carefully defused. 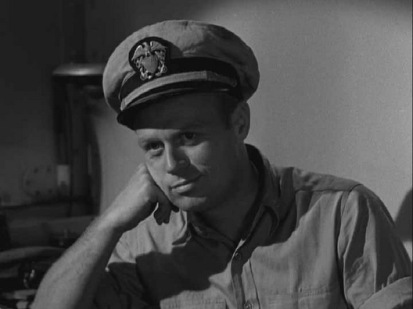 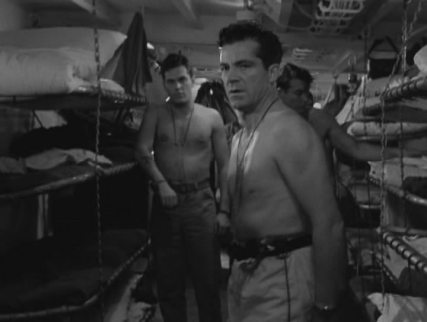 Critics never fail to cite Richard Widmark’s villain roles, bur they rarely get around to mentioning his more numerous tough-hero counterweights (he’s the officer who has to prove himself). After a good run, Dana Andrews star power had peaked, so he gets demoted here to second-billing, and they’re backed up by new Fox heartthrobs Jeffrey Hunter and Robert Wagner, as well as Gary Merrill, Warren Stevens, Harvey Lembeck, James Gregory and Jack Warden.

Widmark’s other WW2-Pacific films of the same period are both better: the excellent Halls Of Montezuma and the offbeat Destination Gobi. 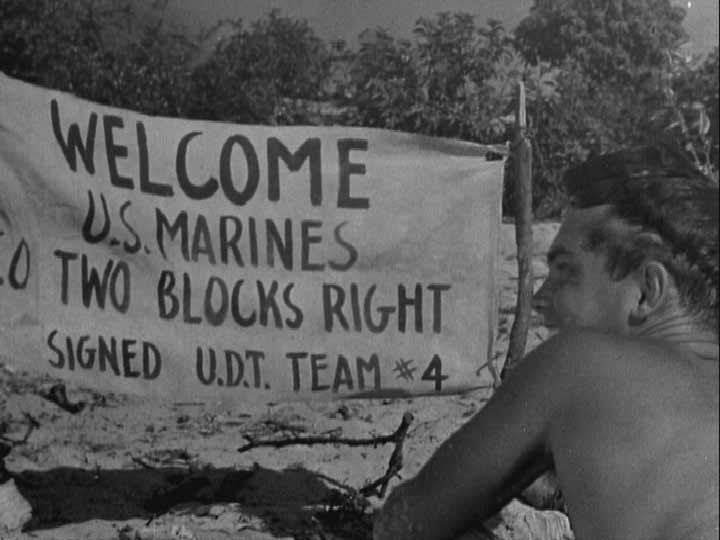